Sheriff: Affluenza teen is No. 1 most-wanted 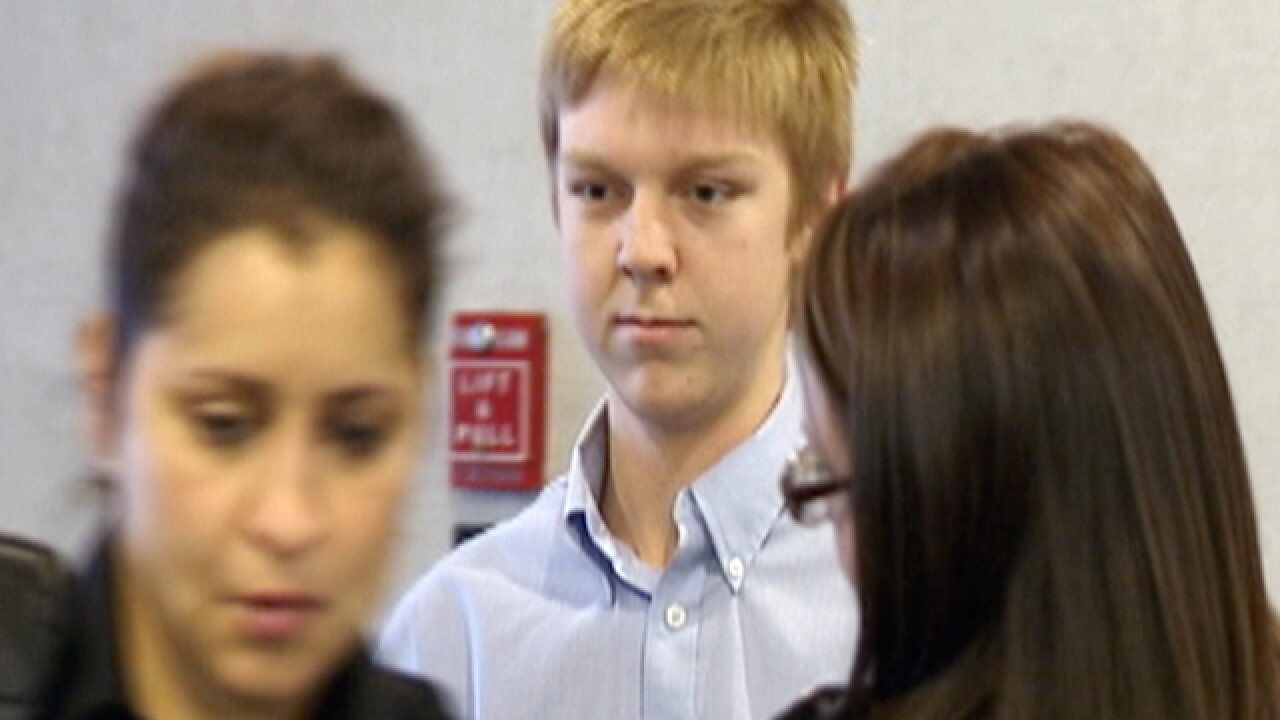 <p>FILE - In this December 2013 image taken from a video by KDFW-FOX 4, Ethan Couch is seen during his court hearing in Fort Worth, Texas. Authorities are investigating whether Couch, who killed four people in a 2013 drunken-driving wreck, and claimed as part of his defense that he suffered from "affluenza", has fled with his mother to avoid a potential violation of his probation. (AP Photo/KDFW-FOX 4, File)</p>

A manhunt is underway for a Texas teenager sentenced to probation in 2013 for killing four people in a drunken-driving wreck after his defense lawyers claimed he suffered from "affluenza."

Authorities say he missed an appointment last week with his probation officer and the juvenile equivalent of an arrest warrant was issued for him. He's believed to have fled with his mother, with whom he'd been living.

DO AUTHORITIES KNOW WHERE COUCH MAY BE?
Officials say they don't know his whereabouts and have expressed concern that he may have left the country, although Sam Jordan, a spokeswoman for the Tarrant County district attorney's office, says there's no specific indication that he has crossed the border.

"He and his mother have the means to be able to travel to wherever they may want to travel," Jordan said.

Couch was supposed to be accompanied by a parent for a regular visit Dec. 10 with his probation officer. When he didn't show, authorities issued an order for his arrest the next day.

WHY WOULD HE HAVE FLED?
Tarrant County investigators were looking for Couch to ask him about a video posted online a few weeks ago showing people at a party playing drinking games. One of them appears to be Couch, and if found to be drinking, his parole could be revoked and a 10-year prison sentence could be imposed. Authorities believe he may have skipped the appointment with his probation officer in anticipation of his arrest for violating his probation.

WHY WASN'T COUCH ALREADY IN PRISON FOR KILLING FOUR PEOPLE?
In June 2013 at age 16, Couch was driving drunk and speeding on a dark two-lane road south of Fort Worth when he crashed into a disabled SUV off to the side, killing four people. Among the injured were some of the seven minors who were in Couch's pickup. Couch pleaded guilty to four counts of intoxication manslaughter and two counts of intoxication assault causing serious bodily injury. Because of his age, he wasn't certified as an adult for trial and a judge sentenced him in juvenile court to 10 years' probation and a stint in a rehabilitation center.

WHAT IS 'AFFLUENZA'?
During the sentencing phase of his juvenile court trial, Couch's attorneys relied on a defense expert who argued that Couch's wealthy parents coddled him into a sense of irresponsibility — a condition the expert termed affluenza. The condition is not recognized as a medical diagnosis by the American Psychiatric Association, and its invocation drew widespread criticism and ridicule.

IS COUCH'S MOTHER FACING CHARGES?
Terry Grisham, a spokesman for the Tarrant County Sheriff's Department, said investigators haven't confirmed whether Tonya Couch may have fled with her son and he declined to say whether she's facing any charges.

"We are only assuming that they're together," Grisham said. "They're both missing. But no one has placed them together outside of Tarrant County."