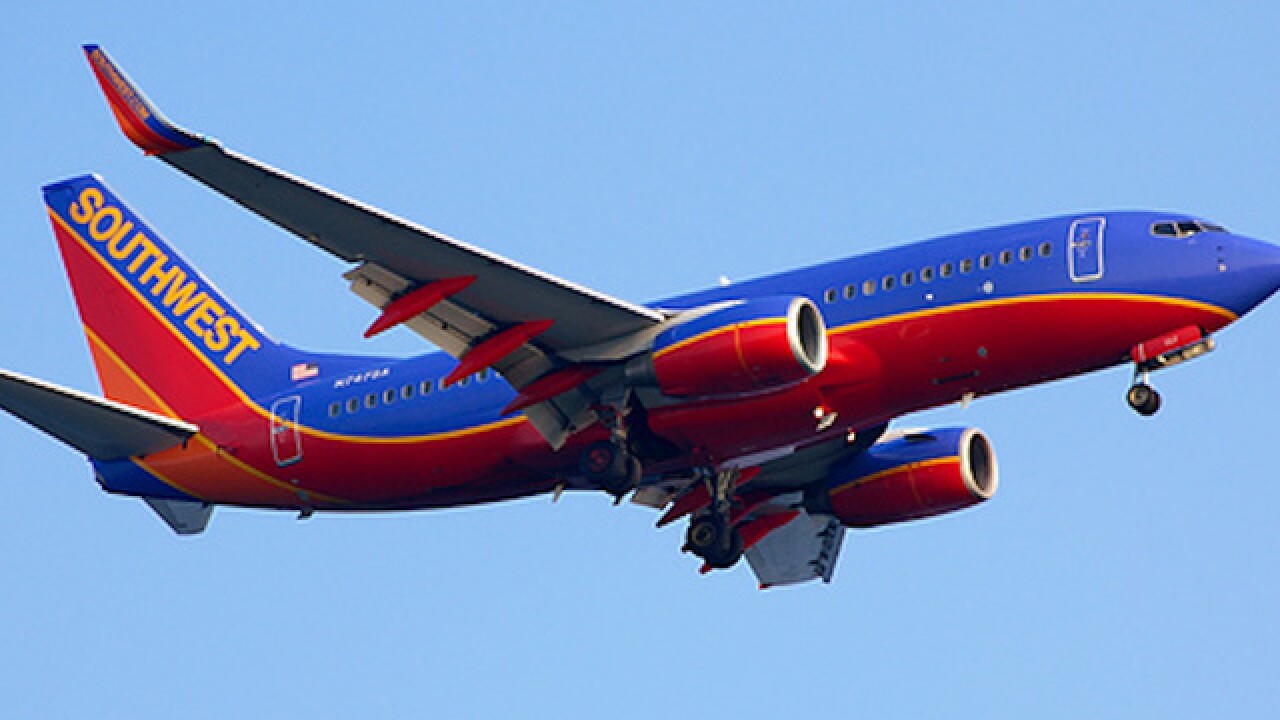 A young girl was reportedly injured by a service dog on a Southwest Airlines flight from Phoenix on Wednesday night.

The incident occurred on flight 1904, which was headed to Portland, Oregon at the time.

Southwest Airlines told Scripps station KNXV in Phoenix that the support dog's teeth "scraped a child's forehead as the young passenger approached the animal, causing a minor injury." They confirm the child was cleared to continue on with the flight.

Passenger Todd Rice posted the incident on Twitter, with a photo of the dog on the plane. The dog and handler were removed from the flight without incident, Rice told ABC News.

According to Southwest Airlines, the dog and handler remained in Phoenix while the aircraft departed about 20 minutes behind schedule.

"As always, the safety of our Customers is our highest priority," Southwest said in a statement.