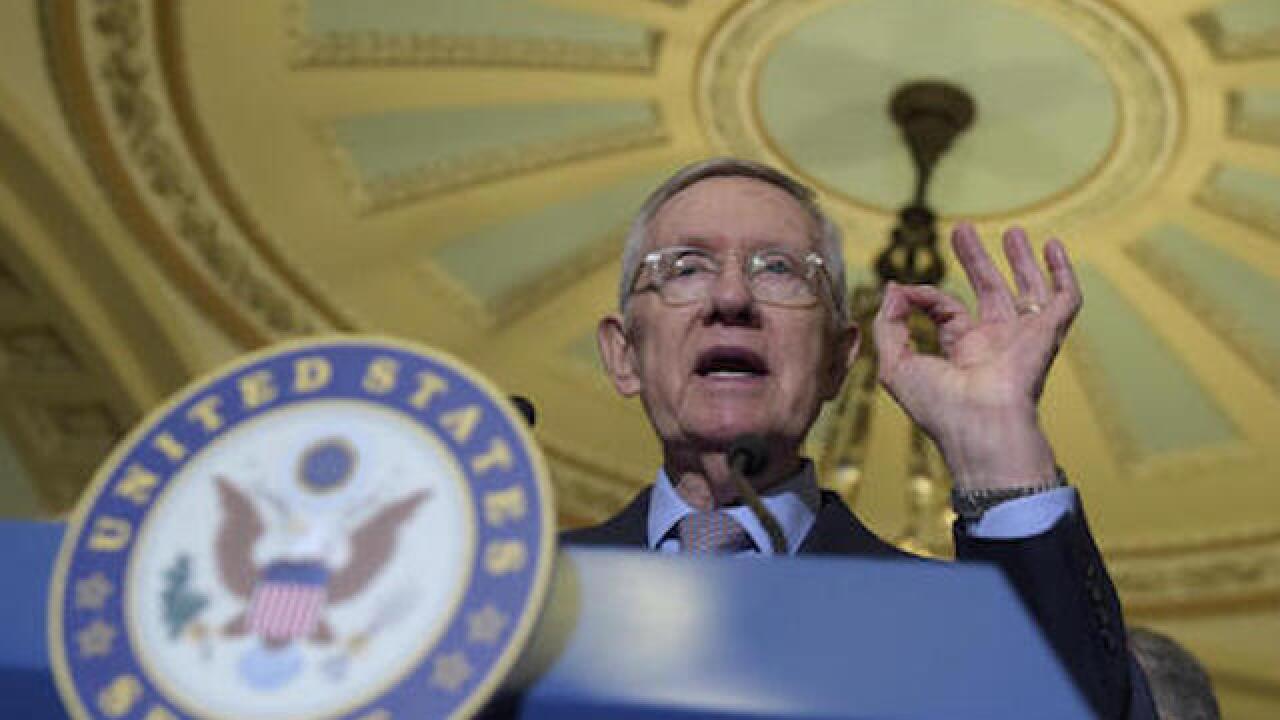 WASHINGTON (AP) — The Senate Tuesday stumbled over a must-do bill to prevent the government from shutting down this weekend and to fund the fight against the Zika virus. Democrats, demanding money so that Flint, Michigan can address its man-made water crisis, overwhelmingly opposed the measure, as did a host of the chamber's most conservative members.

The 45-55 vote stalls the stopgap funding bill — for now at least — and is exasperating top Republicans like Senate Majority Leader Mitch McConnell, who made several concessions to Democrats in weeks of negotiations over the measure.

The GOP defections left McConnell, R-Ky., short of a simple majority, much less the 60 votes needed to clear a filibuster hurdle.

Republican leaders are promising to address the Flint issue after the election in a separate water resources bill, but Democrats refuse to take them at their word.

"'Trust me we will consider Flint later' — that's like nothing to me," said House Minority Leader Nancy Pelosi, D-Calif.

Democrats say that it's unfair that the water crisis in Flint has gone on for more than a year with no assistance, while Louisiana and other states are getting $500 million for floods that occurred just last month.

"Democrats have been clear that Congress should not leave Flint and other lead-tainted communities out of any (stopgap spending) negotiation that includes emergency disaster funding," said Senate Minority Leader Harry Reid, D-Nev., and other top Democrats in a Tuesday morning letter to McConnell.

McConnell characterized the Democratic position as "no Flint, no flood" and indicated he is considering dropping the flood aid.

The stopgap spending bill would keep the government running through Dec. 9 and provide $1.1 billion in long-delayed funding to fight the spread of the Zika virus and develop a vaccine and improved tests to detect it. Zika can cause can cause grave birth defects.

McConnell has made numerous concessions in weeks of negotiations on the measure, agreeing, for instance, to drop contentious provisions tied to Zika funding that led Democrats to filibuster prior Zika measures this summer and earlier this month.

"Can it really be that Democratic leaders have embraced dysfunction so thoroughly that they'd tank a noncontroversial, 10-week funding bill over — well, what exactly?" McConnell asked, as he opened the Senate on Tuesday. "It's almost as if a few Democratic leaders decided long ago that bringing our country to the brink would make for good election-year politics."

Republicans say the Flint issue will be handled in a separate measure to authorize water development projects. That measure — without Flint money — is set for a House floor debate Tuesday, but Republicans are telegraphing it will be included in any final measure handled in a postelection session. But GOP leaders on Monday night blocked Rep. Dan Kildee, D-Mich. — who represents Flint — from getting a vote on the Senate measure.

House Speaker Paul Ryan, R-Wis., on Tuesday said that the water development bill "is the better place to address this."

But Democrats say too many House Republicans oppose aid to Flint as a "local issue" or special earmark to take GOP leaders at their word.