See some really great photos of the rare 'strawberry moon' 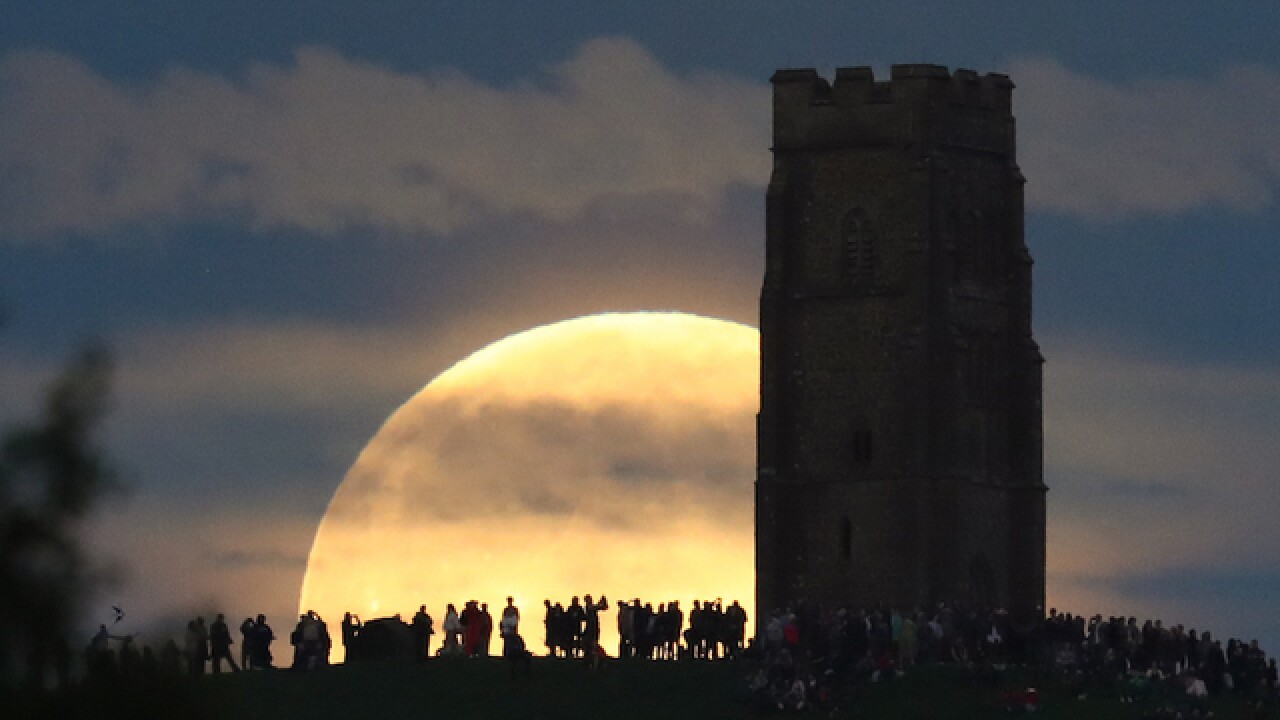 Matt Cardy
<p>A full moon rises behind Glastonbury Tor as people gather to celebrate the summer solstice on June 20, 2016 in Somerset, England. Tonight's strawberry moon, a name given to the full moon in June by Native Americans because it marks the beginning of strawberry picking season, last occurred on the solstice on June 22, 1967 and it will not happen again on the summer solstice for another 46 years until June 21, 2062. (Photo by Matt Cardy/Getty Images)</p>

It has been nearly 50 years since a full moon happened on the first day of summer, June 21.

The next time it is expected to happen is in June of 2062. Here are photos from last night's rare summer solstice full moon.