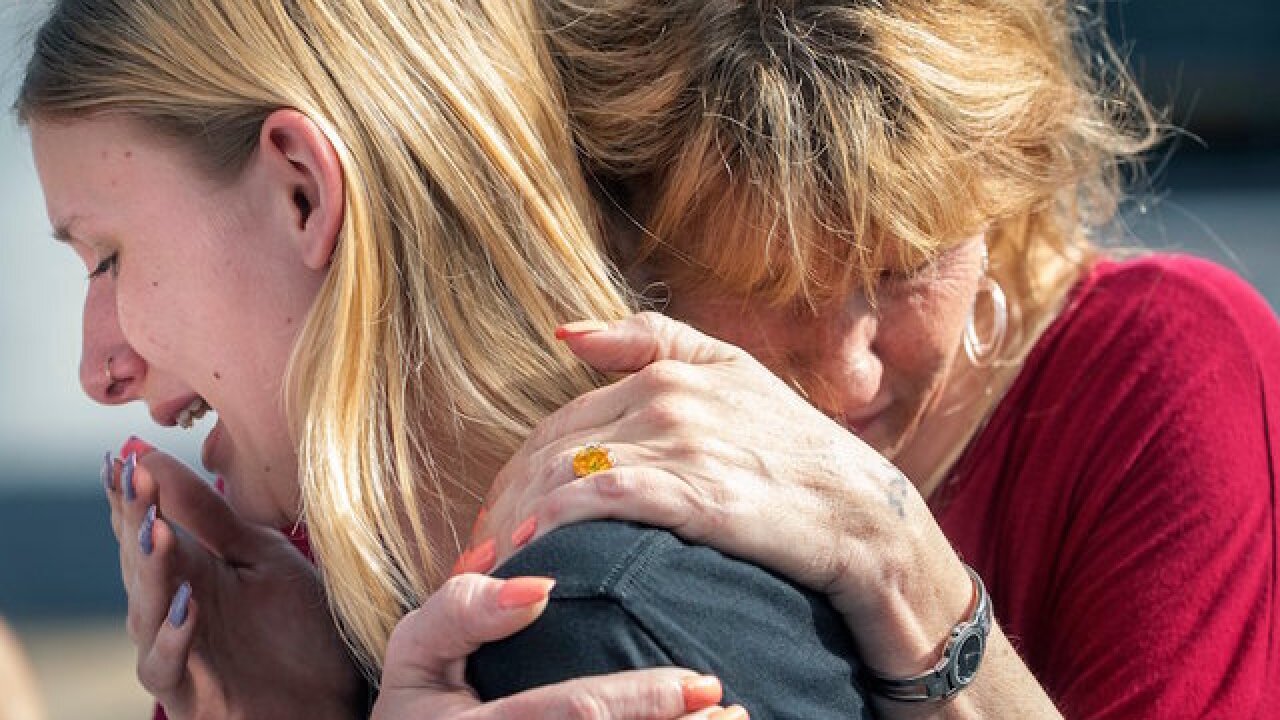 Five days after a gunman slaughtered 10 people at a Texas high school, teachers are returning Wednesday to the site of the massacre.

Santa Fe High School teachers and staff are returning "to support each other and prepare for our students' return," said Leigh Wall, superintendent of the Santa Fe Independent School District.

Students will return next Tuesday, Wall said. They'll have access to "counseling assistance from many state and local agencies" and will see additional law enforcement officers on campus, the superintendent said.

This time, Abbot will meet with school officials, mental health experts and interest groups that advocate for and against gun control measures.

The governor also is asking the public to weigh in by sharing ideas on this website.

Who's coming to this roundtable?

Two dozen guests have been invited to Wednesday's afternoon roundtable, including:

-- Lt. Gov. Dan Patrick, who has made controversial remarks about the causes of school shootings

Ideas from the first roundtable

The first meeting Tuesday was attended by almost two dozen school administrators, politicians, law enforcement officials and an architect with expertise on school design, among others.

The roundtable was closed to the media. But afterward, Abbott read a long list of ideas discussed, such as:

-- Making it easier for students to report potential problems, possibly by rewarding them

Cecilia Reynolds-Perez, principal of W.B. Ray High School in Corpus Christi, said Tuesday she was concerned about a shortage of school counselors.

"We don't have enough," she told CNN. "We have like one counselor to every 600 students, and there's no way for a counselor to identify warning signs about some students, the potential ones, who are going to cause these (violent) actions."

A recent CNN story reported that 170 Texas school districts (out of about 1,000) already allow teachers and administrators to carry concealed weapons on school grounds.

Round Rock Police Chief Allen Banks said there are pros and cons to the idea.

"You can't put somebody that is not proficient in that firearm in a position to where they'll have to use deadly force," he said. "Training has to be paramount."

Abbott said he hoped some of the ideas could be implemented by the start of the next school year, such as an improved threat-assessment system that would allow schools across Texas to better share information.

The last of three roundtable meetings will take place Thursday and will focus on victims and victims' families.

The meetings were prompted by the nation's most recent school massacre in Santa Fe, Texas, where police say Dimitrios Pagourtzis, 17, killed 10 people at his school with a shotgun and a pistol. He is charged with multiple counts of capital murder and aggravated assault on a public servant.

"The problem is that innocent people are being shot," Abbott said. "The reality is that we all want guns out of the hands of people who want to murder our children."