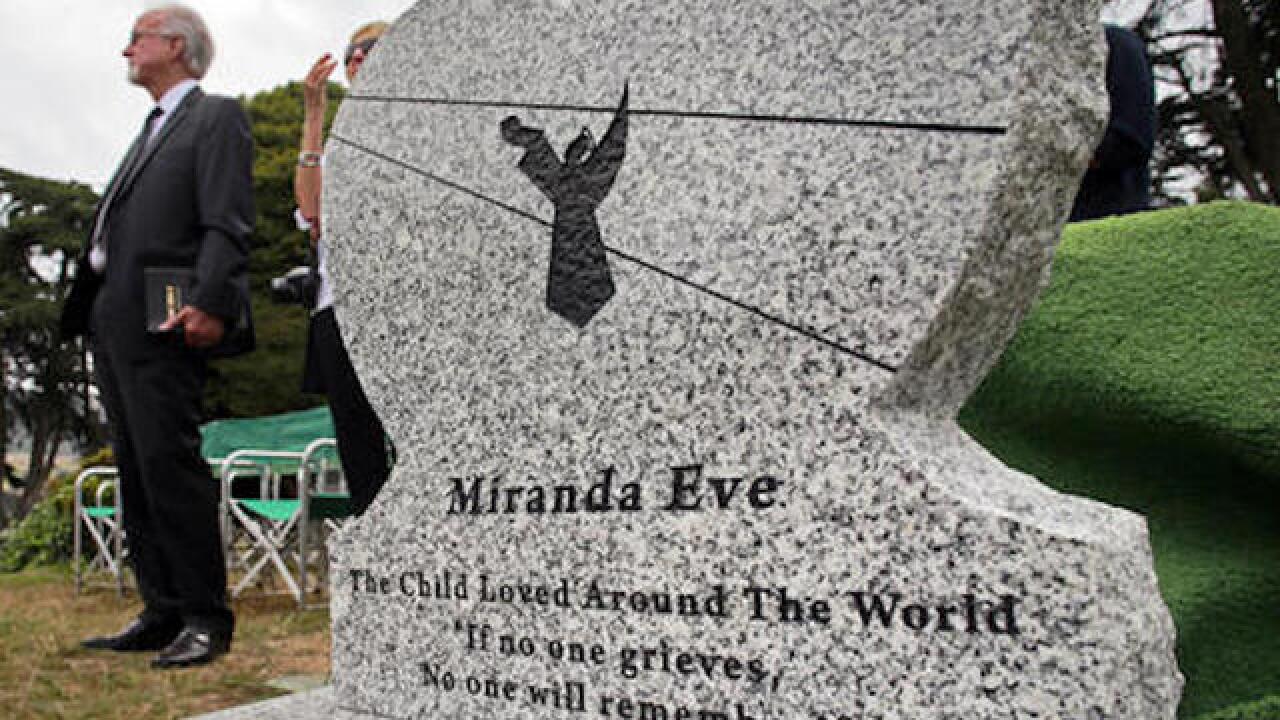 Michael Macor
<p>This Saturday, June 4, 2016 photo shows the gravestone that will mark the new grave of a 3-year-old girl, found last month buried in San Francisco, at Greenlawn Memorial Park Cemetery in Colma, Calif. The unidentified girl, who has been named Miranda Eve, was found beneath the floor of a home being remodeled in San Francisco's Richmond District. (Michael Macor/San Francisco Chronicle via AP)</p>

SAN FRANCISCO (AP) — The body of a girl found last month inside a small metal casket still holding a rose was laid to rest 145 years after she was first buried under what now is a home in San Francisco.

Dozens of community members, cemetery workers and event organizers dressed in black attended her burial at Greenlawn Memorial Park in Colma, California, where about 30,000 people originally buried in San Francisco's Odd Fellows Cemetery were moved to in the early 1920s, the San Francisco Chronicle reported Sunday.

A local poet read an original work to honor the little girl, who appeared to be about 3 and was dubbed Miranda Eve, at the ceremony Saturday attended by about 100 people and led by a volunteer minister.

"I rejoice that you've found it in your hearts to come offer your love, your care and to be here for this little girl," retired Minister Allan Musterer told the crowd. "The discovery of Miranda is such a happening outside of what anyone could deem as normal."

The well-preserved body of the unidentified girl was found May 9 in an airtight coffin that helped preserved her golden locks of hair and even a rose she held in her hand. The metal and glass coffin was unearthed from under a concrete garage floor by workers doing remodeling work at a house in the city's Richmond District.

Since the girl's discovery, people across the county have worked on trying to find her identity and her DNA is being tested.

Elissa Davey, the founder of the Garden of Innocence charity, helped arrange the girl's reburial.

"It was tough, very tough," Davey said about the process, as she began to cry. "But she is not just our child. She is everyone's."

Barbara and Heather Reynolds traveled from Sacramento to attend the ceremony.

"I just felt that she needed to have people here," Heather Reynolds said. "The amount of people who came forward is amazing."