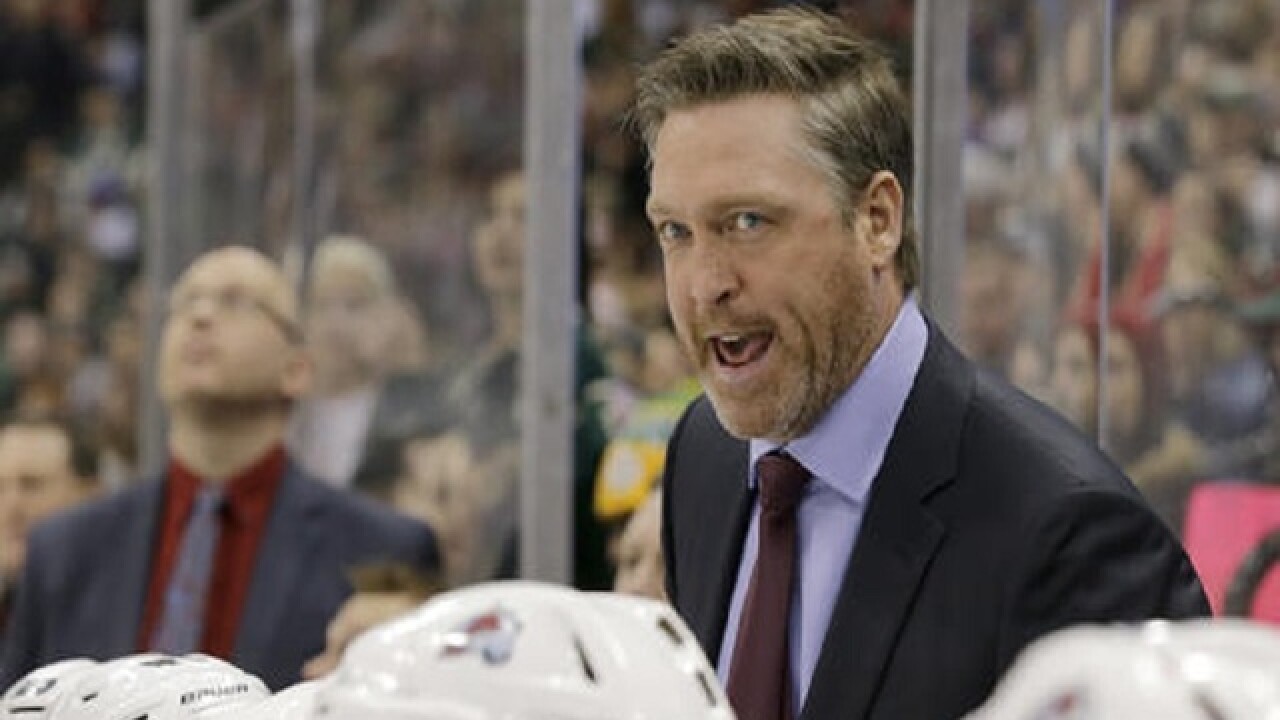 In a stunning mid-August shake-up, Patrick Roy stepped down as coach and vice president of hockey operations for the Colorado Avalanche, citing disagreements within the organization.
Roy made the announcement Thursday through a public relations agency, two months before the start of the NHL regular season.
"I have thought long and hard over the course of the summer about how I might improve this team to give it the depth it needs and bring it to a higher level," Roy said in a statement. "To achieve this, the vision of the coach and VP-Hockey Operations needs to be perfectly aligned with that of the organization. He must also have a say in the decisions that impact the team's performance. These conditions are not currently met."
Roy has split control with executive vice president and general manager Joe Sakic, a former teammate. He said he has done his job with "energy, passion and determination."
Sakic said he was "definitely caught off-guard" by Roy's decision, so much that it took him a few seconds to comprehend that he was resigning. Sakic said Roy had been contemplating the decision for weeks but repeatedly denied that the two disagreed over personnel decisions or didn't get along.
"Patty was always involved," Sakic said on a conference call Thursday evening. "Especially early he was a big help to me. He was always involved. He was aware of all the decisions we were making. To be honest with you I think that's a question that you'll have to ask Patrick, but I know we talked about everything."
The team didn't acknowledge Roy's announcement until 90 minutes after it was released by Quebec-based PR firm National's Luc Ouellet. Sakic said Roy called him before the statement went out.
Asked about the inconsistencies between his own comments and Roy's statement about conditions not being met, Sakic said: "I know we were on the same page. ... We were all on that same page."
Roy, a Hall of Fame goaltender, spent the past three seasons as coach and VP of hockey operations for the team that he led to two Stanley Cups as a player. Colorado made the playoffs in Roy's first year behind the bench and missed the past two.
"Though it saddens me, I have put much thought about this decision in recent weeks and have come to be fully comfortable with it," Roy said in the statement, which added that Roy does not intend to comment further on his decision.
Sakic said he was glad Roy stepped down now rather than waiting until training camp and that he and his staff would get together Friday to begin coming up with a list of potential coaching candidates.
Colorado went 130-92-24 under Roy, who won the Jack Adams Award as coach of the year in 2013-14. Before that he coached the Quebec Remparts of the Quebec Major Junior Hockey League.
According to Sakic, the Avalanche's lack of success recently played into Roy's decision to leave.
"The big thing when he talked to me today was last year was a tough year, he didn't have a lot of fun and we always said as long as we're enjoying what we're doing and having fun we'll keep doing it," Sakic said. "He said in the last three, four weeks he just really contemplated not coming back and not coaching and thought he made the right decision for himself. I totally respect him for that."
In his playing days, Roy won four Cups, two with the Montreal Canadiens and then two with the Avalanche, three Vezina Trophies as the league's top goaltender and three Conn Smythe Trophies as playoff MVP.
His abrupt departure from the Avalanche is reminiscent of his exit from Montreal in 1995. After coach Mario Tremblay kept him in a game in which he allowed nine goals on 26 shots, Roy stormed off and told team President Ronald Corey, "It's my last game in Montreal."
Roy said he believed he was kept in the game to be humiliated, was suspended and then traded to the Avalanche.
Copyright 2016 The Associated Press. All rights reserved. This material may not be published, broadcast, rewritten or redistributed.