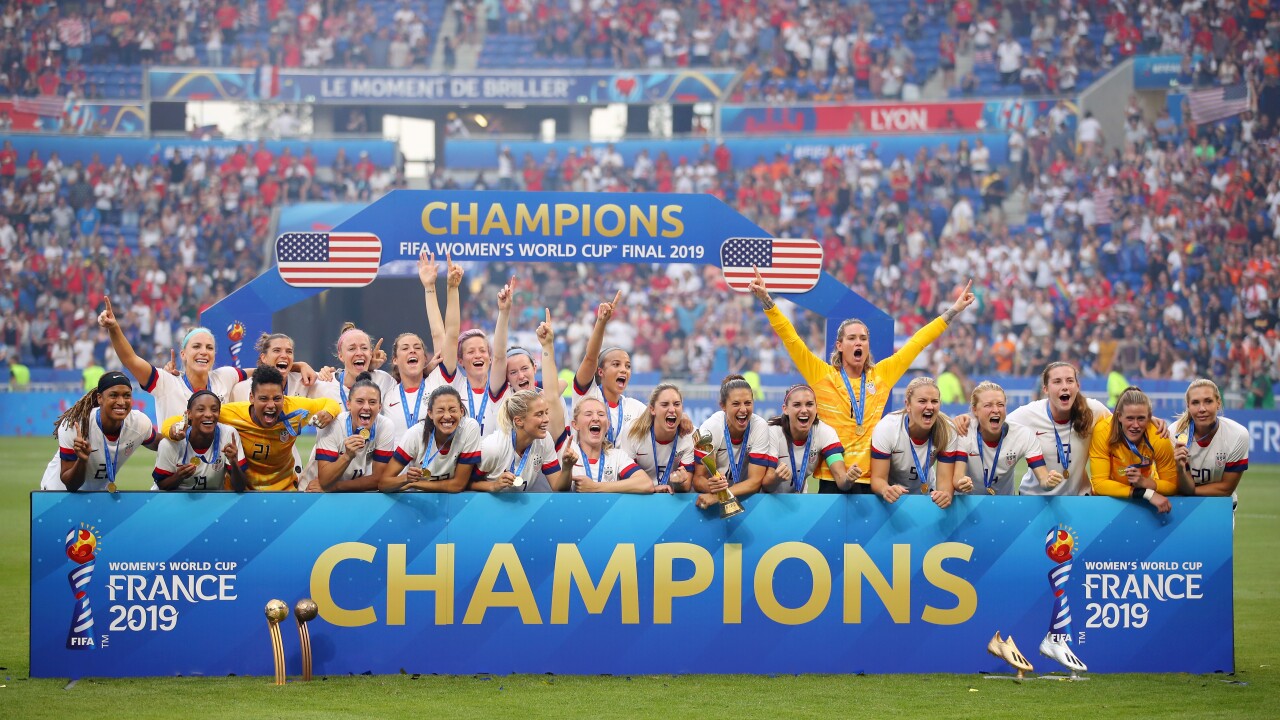 It was four years ago to the day that crowds tossed heaps of confetti in the city to celebrate the team and its 2015 Women's World Cup title.

Now, it's the women of 2019's turn. The repeat champs beat the Netherlands 2-0 on Sunday to win the 2019 Women's World Cup, inspiring another ticker tape parade in lower Manhattan that will bring soccer fans together to rejoice in the historic win.

The parade will begin at 9:30 a.m. and move up the Canyon of Heroes, a section of Broadway between the Battery and City Hall. The stretch of lower Manhattan has long hosted ticker tape parades for world leaders, veterans and hometown sports stars.

You'll be able to watch the parade LIVE here.

The events are named for the long strands of ticker tape that used to be showered down from nearby office buildings. The tape has since been replaced with paper confetti.

After the parade, Democratic Mayor Bill de Blasio will honor the team with symbolic keys to the city. All tickets for the City Hall ceremony have been issued.

Large crowds are expected, along with a blizzard of shredded paper. The Department of Sanitation said it will have 350 workers assigned to parade cleanup with trucks, backpack blowers and brooms at their disposal.

The team has already started celebrating its record fourth Women's World Cup title. After touching down at Newark Liberty International Airport on Monday, players shared a champagne toast and sang "We Are the Champions."

They appeared on ABC's "Good Morning America" in Times Square on Tuesday to show off their trophy and answer questions from cheering kids.

Two of the 23 players are native New Yorkers. Allie Long, a midfielder from Northport, New York, posted on Twitter about returning to her home state.

"NEW YORK: To be back home to celebrate with you all will be an honor," she wrote.

The players have helped lead the global push for gender equality in the workplace, suing the U.S. Soccer Federation in March for gender discrimination and alleging they are paid less than the men's team. At the final whistle of the final game of the tournament in Lyon, France, fans chanted "Equal Pay!"

U.S. Sen. Joe Manchin, a Democrat, introduced a bill Tuesday that would bar federal funding for the men's 2026 World Cup until the U.S. Soccer Federation provides equal pay to the women's and men's teams.

Team co-captain Megan Rapinoe accepted an invitation for the team to visit Congress, but has said she won't celebrate at the White House even if invited by President Donald Trump.