Rare celestial event to feature Mercury and the Sun 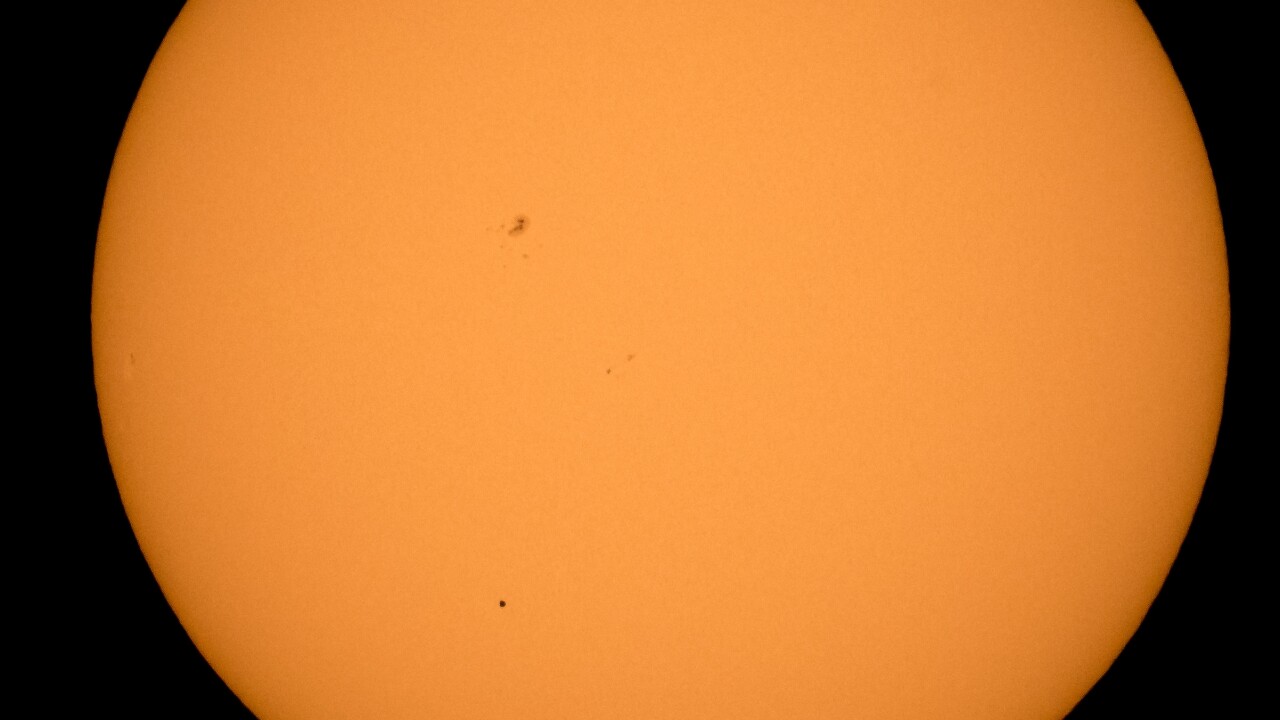 A rare celestial event is about to take place over the morning skies of the United States on Monday involving the Sun and the planet Mercury.

According to NASA, Mercury will pass directly between the Sun and Earth, causing a small part of the Sun to be obscured by Mercury’s shadow.

Although the effect is similar to a solar eclipse — where the moon passes between the Sun and Earth — traditional solar eclipse glasses will not work for Monday’s transit. Whereas the moon is capable of blocking all of the Sun’s light from reaching the Earth, Mercury’s size and distance means only a fraction of the Sun will be blocked.

That does not mean you’re out of luck.

More than 60 astronomical groups across the United States will host viewing parties to allow the public to witness the rare celestial event. A telescope with a solar filter will make it possible for people to witness the transit.

The transit will begin around 7:35 a.m. ET on Monday and last over 5 hours. For those in the western half of the U.S., the transit will last for a few hours after sunrise, allowing for most Americans the opportunity to witness the transit.

The next transit of Mercury will not be visible until 2032.

To find a viewing event near you, click here .

Transits of Mercury and Venus helped early astronomers learn more about the planets. Astronomers used transits to gain a better understanding of the size of the planets and their distance from Earth.