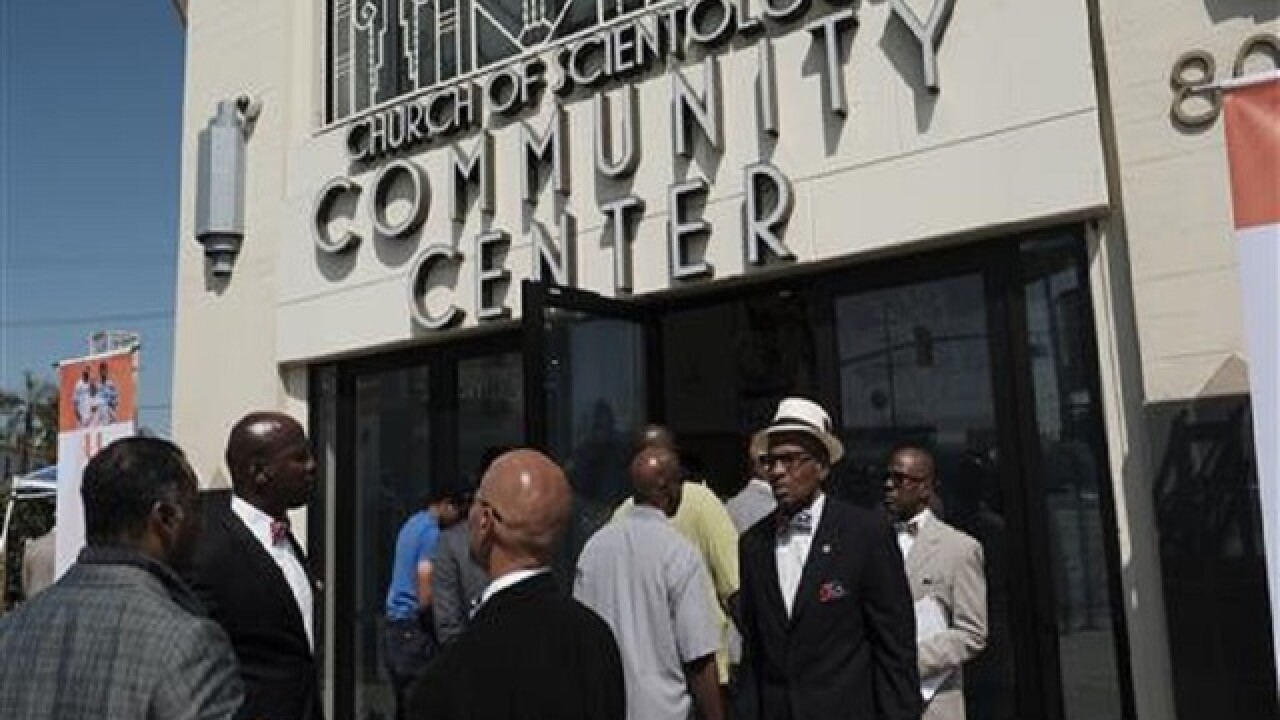 LOS ANGELES (AP) — An unlikely assembly of gang members, Los Angeles leaders and hip-hop luminaries gathered for a summit amid a tense national mood after several incidents of high-profile violence.
An overflow crowd of several hundred gathered Sunday at a community center in South Los Angeles to hear pleas for peace from current and former gangbangers, entertainers, activists and preachers from the Nation of Islam.
They were all summoned by rapper The Game, who said he was moved to call together gang members for an anti-violence summit Sunday after the recent killing of his foster brother in Los Angeles.
Mayor Eric Garcetti and Police Chief Charlie Beck shook hands with The Game outside the venue in a show of unity. Beck said the meeting was a "great first step" in the right direction toward curbing violence, especially considering the fatal shootings of three law enforcement officers Sunday morning in Baton Rouge, Louisiana.
The Game, born Jayceon Terrell Taylor, fought back tears as he recounted the recent shooting death of a former gang member he called Spanky. The pair grew up together in foster care in nearby Compton, he said.
"I'm here to be his voice," said the multi-platinum selling rapper, 36, adding that organizing the gathering was also "a decision made for my children."
He said by the time his 5-year-old daughter turns 18, "I want her to walk out the door, and I want it to be a little bit ... safer."
He also addressed the shootings of police in Baton Rouge earlier in the day saying violence of any kind is "is why we're here taking initiative, and trying to change it."
The Game put the word out last week on his active Instagram account, inviting leaders of the Crips, Bloods and other street gangs to come together for "Time To Unite: United Hoods + Gangs Nation." Dozens of gang members, some sporting red and blue colors, heeded the call and filed peacefully into the building to hear more than a dozen speakers. The neighborhood a few miles south of downtown Los Angeles has a large black population and has been plagued by random violence.
Aurora Hudson praised the decision to shine a light on "the brutality in our neighborhoods." The 25-year-old came to the meet-up from her home just blocks away and called it a positive experience.
"And if we unite as a group and end gang violence, I think we can get a lot more things done in the community as well," she said.
Veteran gang interventionist Alex Sanchez urged unity between Latino and black community members.
"If you really care about creating peace in the neighborhood, you have to reach out your hand to that brother," he said.
Radio personality Big Boy, singer will.i.am and rappers Shorty, Problem and Bad Lucc were among the entertainers in the crowd. Security was provided by the Nation of Islam and there wasn't a big police presence at the summit.
Men need to have a "much-needed conversation" about their influence on young people and how to serve as better role models, The Game wrote on Instagram, where he has 6.6 million followers. He said he hopes to keep the conversation going.
"You know, it's like a bus going through the city, a bus of love and a bus of positivity," he told The Associated Press. "We want to keep the doors open. We want everybody get on the bus."
Earlier this month, The Game and fellow rapper Snoop Dogg led a peaceful march to Los Angeles police headquarters, where they met with the mayor and police chief and urged improved relations between authorities and minority communities.
Copyright 2016 The Associated Press. All rights reserved. This material may not be published, broadcast, rewritten or redistributed.