Putin's popularity: the envy of other politicians 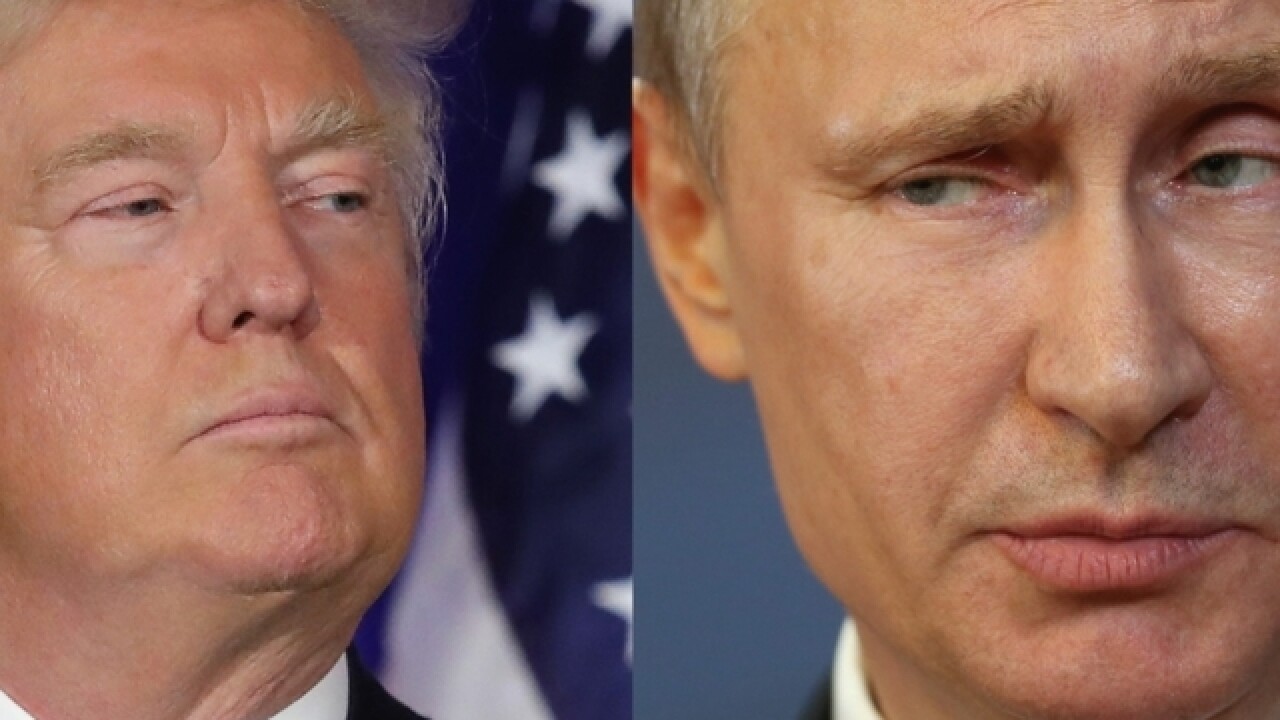 MOSCOW (AP) — Donald Trump's statement that Russian President Vladimir Putin enjoys an 82 percent approval rating among his people wasn't hyperbole. Russia's two main polling agencies consistently give the man in the Kremlin ratings that would be the envy of Trump or his rival in the U.S. presidential election, Hillary Clinton.

The comments came during a televised forum in which NBC host Matt Lauer asked Trump about his previous complimentary remarks on Putin. Trump said Putin's high approval ratings show he is a stronger leader than President Barack Obama.

A look at Putin's long record of high ratings:

Trump didn't cite the source for the 82 percent claim, but appeared to be referring to polling by the Levada Center, Russia's only independent public opinion pollster. Levada says the poll was conducted August 26-29, involved personal interviews with 1,600 people in 48 Russian regions, and had a margin of error of 3.4 percentage points.

In July, on a Levada poll with a subtly different question about how the respondents regarded Putin, the favorable reaction was 68 percent, the total of three categories ranging from "delight" to "can't say anything bad about him." That survey also had 1,600 respondents.

Putin's ratings have been consistently strong during his three terms as president. An Associated Press-NORC Center for Public Affairs Research poll released in December 2014 found his approval rating among Russians at 81 percent. That poll was based on 2,008 in-person interviews and had a margin of error of 2.4 percentage points.

The state-controlled pollster VTsIOM has found that in an open-ended question, between 52 and 55 percent of Russians name Putin as a person they can trust. But perhaps just as importantly, only 4 to 5 percent name him as someone they distrust. Surveys from both VTsIOM and Levada show high levels of trust in Putin, in sharp contrast to the wide-ranging antipathy Americans express for both Trump and Clinton.

HOW HE DOES IT

Russia's economy is staggering — the ruble is worth half of what it was three years ago — corruption is endemic and the country's south endures a persistent insurgency. For some leaders such troubles could be fatal, but Putin has glided over them with a combination of steely control and personal aplomb.

Under Putin, all major television channels came under state control and their reports — the main source of news for much of the country — either eschew criticism of the president or outright laud him. Although Putin now rarely engages in the televised stunts of his early years as president, such as bare-chested horse-riding or flying a motorized glider, he is never shown in the untoward moments that can befall anyone. Even the potential scandal of divorcing his wife was handled adroitly; Putin made the announcement during a TV interview in an anteroom between acts at a ballet.

He also plays the national-pride card often. After the West announced sanctions against Russia over its involvement with armed separatists in Ukraine, Putin spun the restrictions as an opportunity for Russia to develop its domestic production. He rarely misses an opportunity to appeal to Russians' ingrained sense of being misunderstood and under chronic threat from the outside.

HOW IT PLAYS ABROAD

While Trump's praise of Putin may disturb many Americans, it could hearten others tired of years of tensions with Russia.

Putin has leveraged his popularity into good relations with Hungary's autocratic and nationalist president Viktor Orban and Russia also is building its brand by cultivating far-right parties elsewhere in Europe.

In addition, Putin's popularity is a staple of Russia's growing media presence abroad — through the well-watched RT satellite TV channel and the multilingual Sputnik news website.

While Putin has called Trump "bright" and welcomed the prospect of better relations with Washington, the Kremlin seems determined not to overplay its hand on the issue. Putin's spokesman, Dmitry Peskov, declined to comment directly on Trump's accolade Thursday.