Most are Petland employees 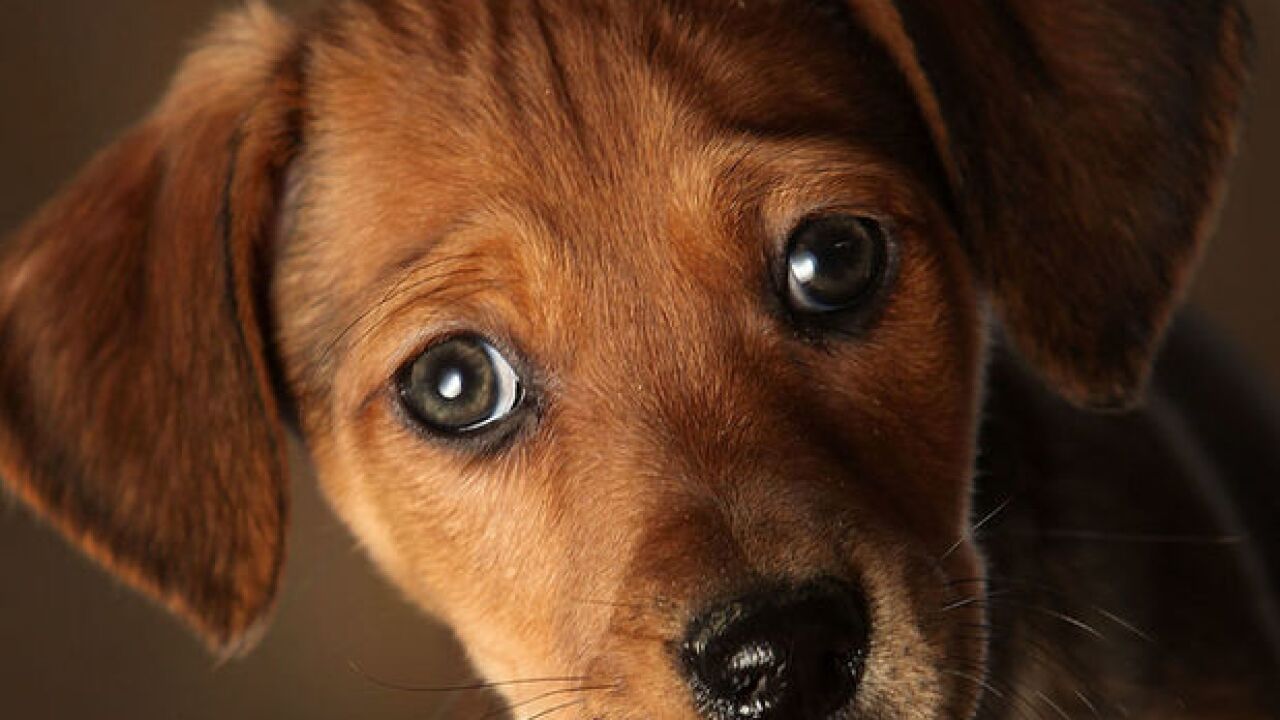 Image copyright 2017 Getty Images. All rights reserved. This material may not be published, broadcast, rewritten, or redistributed.
Christopher Furlong
<p>A seven week old Daschund cross puppy waits to be re-homed at the Cheshire Dogs Home on January 4, 2010 in Warrington, England. The puppy is one of hundreds waiting for a new home at the Manchester and Cheshire Dogs Home and other animal shelters across Britain. There has been a huge surge in the number of abandoned pets over the Christmas and Winter period. </p>

The Centers for Disease Control and Prevention is investigating a multi-state outbreak of campylobacter infections linked to contact with puppies sold through Petland, a national pet store chain.

Campylobacteriosis, a common bacterial infection, can cause diarrhea, abdominal pain and fever, according to the CDC.

As of Sept. 11, a total of 39 people have fallen ill in seven states, including 11 cases in Florida, five in Kansas, one in Missouri, 18 in Ohio, two in Pennsylvania, one in Tennessee and one in Wisconsin. There have been nine hospitalizations and no deaths reported. The first case within this outbreak occurred on September 15, 2016.

Symptoms, which typically begin within two to five days after contact with the bacteria, last around a week, though some people don't experience any signs of illness.

While many cases go unreported, about 14 cases for every 100,000 people are diagnosed each year in the United States, according to the CDC. Overall, campylobacteriosis -- which occurs much more frequently in the summer months than in the winter -- is estimated to affect over 1.3 million persons every year.

Almost every patient recovers within five days without treatment, though drinking extra fluids is recommended. In rare cases, an infection can lead to complications, including paralysis and even death.

People with weakened immune systems, such as infants, the elderly and people with cancer or other severe illnesses, are most at risk for a serious infection.

People sickened in the current outbreak range in age from younger than 1 year to 64 years old.

Most -- 28 of the 39 -- are female and 12 are Petland employees. Of the total, 27 either recently purchased a puppy at Petland, visited a Petland, or visited or live in a home with a puppy sold through Petland.

"The CDC has not identified any failures of Petland's operating system that would lead to any campylobacter infection," Elizabeth Kunzelman, a spokeswoman for the company, said in an email. "Last week the CDC advised Petland to 'continue to do what we are already doing' and to continue to educate customers and staff to sanitize their hands after handling our puppies."

The CDC noted that no matter where a puppy comes from, it may carry a campylobacter infection. Petland is cooperating with the investigation, the government agency said.

Kunzelman added that Petland has many sanitation stations in each store and has strict kennel sanitation procedures and protocols put in place by consulting veterinarians.

"Our extensive health warranty protects both our pets and our customers from bacterial, viral and congenital issues," she said.

Most people become infected with campylobacteriosis through eating raw or undercooked poultry. Most infections are singular and not part of an outbreak.

By contrast, outbreaks of campylobacteriosis are often linked to unpasteurized dairy products, contaminated water, poultry and produce. Sometimes, though, people get sick after coming into contact with the stool of an ill dog or cat.

To avoid contamination from your pet, CDC recommends you wash your hands thoroughly after touching dogs, their poop, or their food. Extra care is needed so that children playing with puppies also wash their hands carefully. Pick up and dispose dog poop carefully, especially in areas where children might play. Finally, you need to contact your veterinarian if you see signs of illness in your puppy or dog.

While puppies and dogs with a campylobacter infection might have diarrhea, vomiting, or a fever, just like humans, they also sometimes show no signs of illness.

The investigation is ongoing, according to the CDC, which is working with the US Department of Agriculture's Animal and Plant Inspection Service, and several health departments.