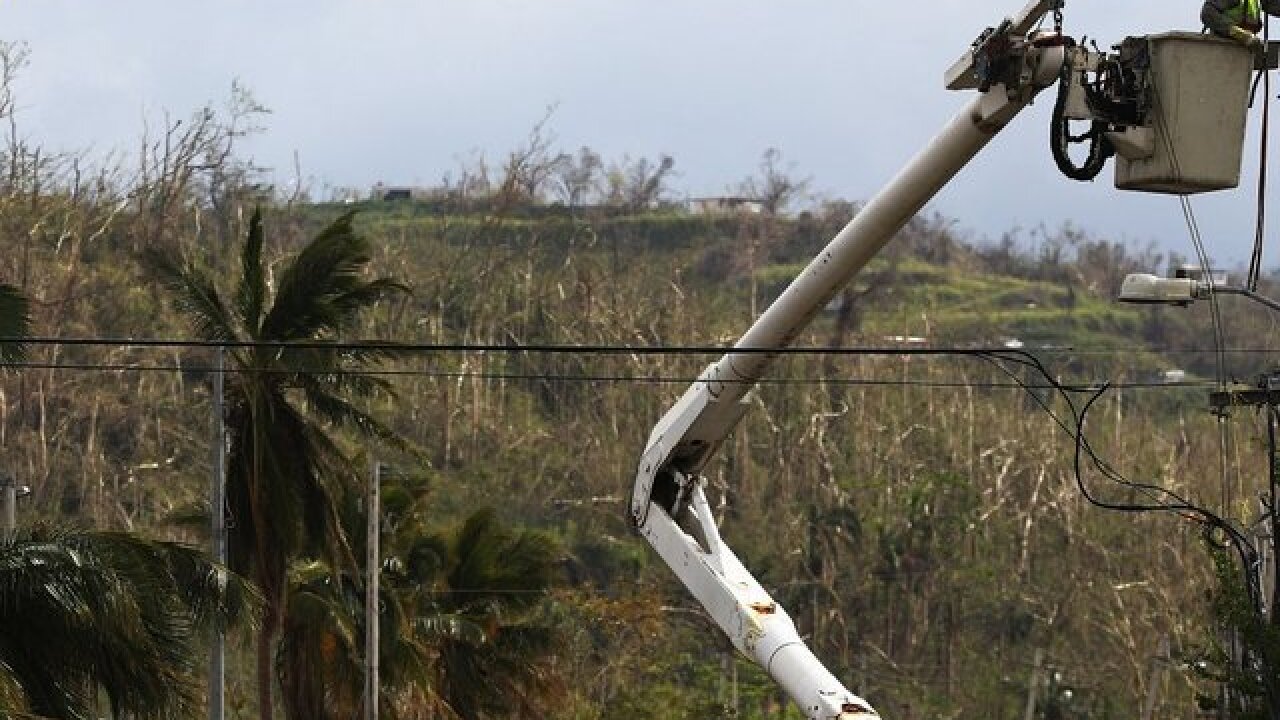 You may have thought the world had run out of superlatives to describe the misery that Hurricane Maria brought to Puerto Rico. Well now, here's another one: second-largest blackout in history.

Since the monster storm slammed into the American Caribbean territory in September 2017 and heavily damaged the power grid, more than 3.4 billion hours of electricity have been lost there. That makes it the second-longest blackout in world history, according to a report from the Rhodium Group, an economic research firm.

The only blackout in world history bigger than Puerto Rico's is the one that came after Typhoon Haiyan devastated the Philippines in 2013. About 6.1 billion hours of power were lost after that massive storm.

The Rhodium Group analysis largely relies on data on electricity loss provided to the Department of Energy, as well as news reports for storms prior to 2000, according to Trevor Houser, a partner at Rhodium who co-wrote the analysis with Peter Marsters. The analysis leaves out war-related destruction of electrical infrastructure.

The worst in US history

Houser said the group analyzes the economic impacts of weather and climate events, and they decided to dig in more deeply on the impacts of Maria on the Puerto Rican economy.

"As we started looking at the scale of the blackout and try to put that in historical context, it became clear this was a record-breaking event and worthy of some attention and focus just from an electric standpoint," Houser said.

The blackout is already the worst in US history, beating out Hurricane Georges in 1998 and Hurricane Sandy in 2012.

Houser and Marsters said their research shows that "making existing electricity supply more resilient to storm-related disruptions in both developed and developing countries is also important, particularly given recent and projected changes in the global climate."