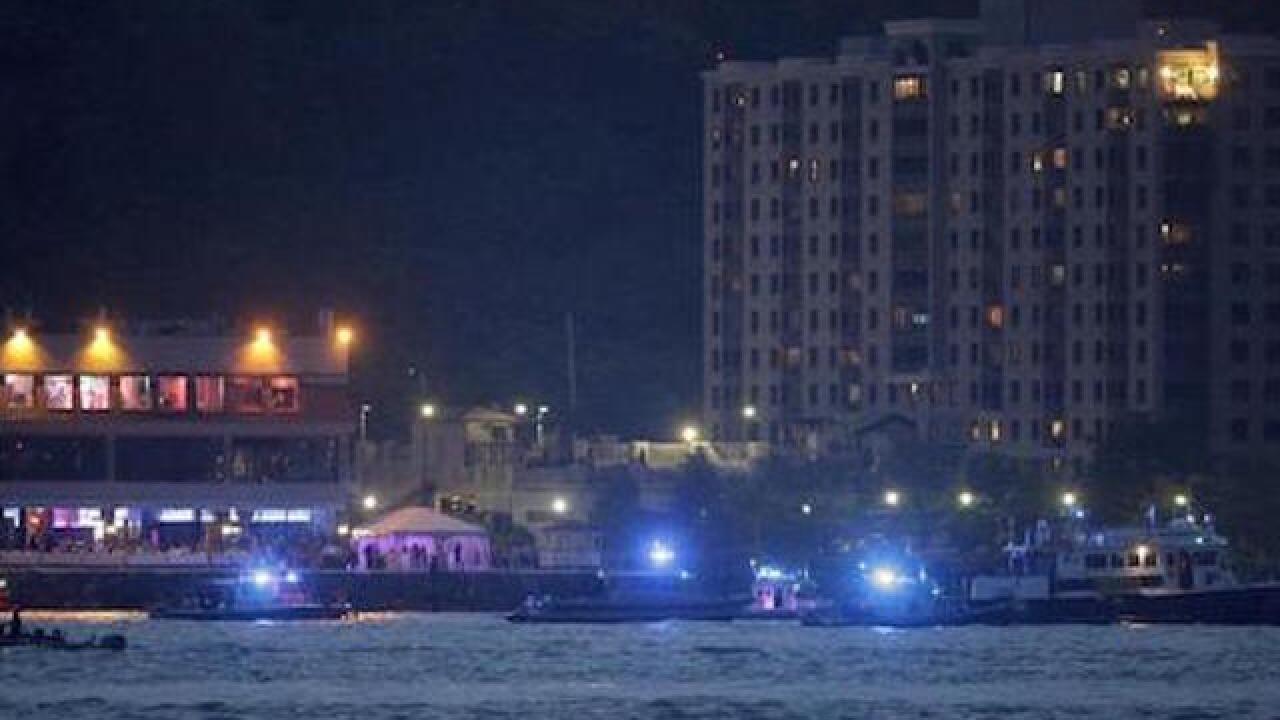 Copyright Associated Press
Julie Jacobson
<p>Search and rescue boats look for a small plane that went down in the Hudson River, Friday, May 27, 2016. The Federal Aviation Administration says it received a report a World War II vintage P-47 Thunderbolt aircraft may have gone down in the river 2 miles south of the George Washington Bridge. (AP Photo/Julie Jacobson)</p>

NEW YORK (AP) — A small World War II vintage plane celebrating its 75th anniversary crashed in the Hudson River between New York and New Jersey on Friday, but police offered conflicting reports over whether the pilot was rescued.

The pilot ditched the plane, a P-47 Thunderbolt, on a part of the river near where a US Airways commercial jet carrying 155 people splash-landed in 2009 in what became known as the Miracle on the Hudson.

The P-47 Thunderbolt pilot was the only person aboard, and he was being taken to a hospital, New Jersey state police Sgt. Jeffrey Flynn said.

But officials later said the pilot was unaccounted for, according to multiple reports.

The Federal Aviation Administration said the P-47 Thunderbolt aircraft, which went down near the George Washington Bridge, was one of three that had departed from Republic Airport in Farmingdale, on Long Island, just east of New York City. The other two aircraft returned to the airport and landed safely.

The American Airpower Museum is celebrating the 75th anniversary of the P-47 Thunderbolt this weekend. Museum spokesman Gary Lewi said the plane is kept at the museum.

"Apparently the aircraft suffered an inflight engine failure and the pilot put it into the Hudson," Lewi said. "I'm told the aircraft is at the bottom of the Hudson."

Welz said that the plane was in the area for Fleet Week activities.

While Fleet Week activities are happening around New York and at a nearby museum, there is also an air show this weekend at Jones Beach.