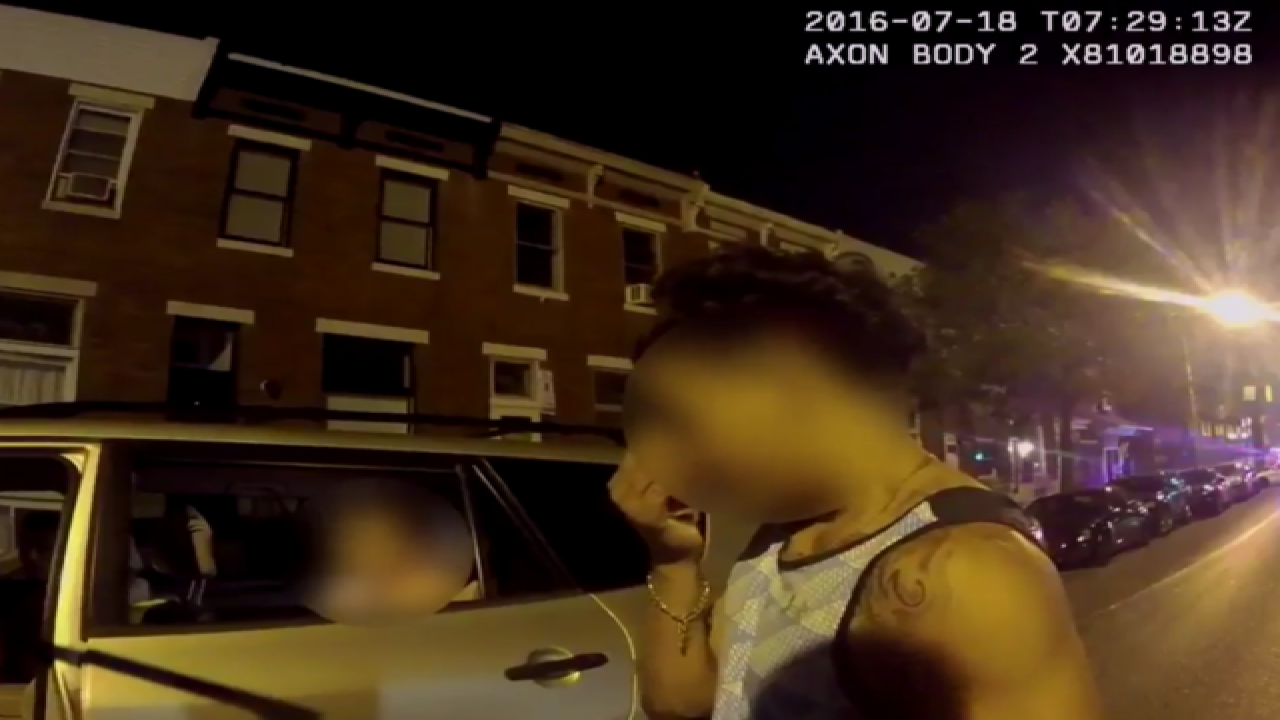 The incident happened early Monday morning when three officers were standing next to a police cruiser as an SUV approaches, as seen on footage from one of the officers' body cams. Seconds later, the driver swerves, side-swiping the cruiser.

Police then run after the driver, who had stopped further down the block. Moments later, the driver steps out of his car showing the game on his cell phone to the officer.

#PokemonGO is not all fun and games. Here is a video of a distracted driver who struck one of our cars. #PlaySafe pic.twitter.com/kOTfbTcILo

"That's what I get for playing this dumb a** game," the driver told the officer, in the nearly 90 second video.

No injuries were reported. The driver wasn't identified in the video and police did not say if he was facing any charges.

At a news conference Tuesday, Baltimore Police said the accident could have been worse.

"It's a game, but it's not a game when you're behind the wheel," public information officer T.J. Smith said. "This could have easily, easily been a tragedy."

Smith urged users to be careful and stay vigilant. The warnings come after several incidents related to the popular mobile app have been reported across the country.