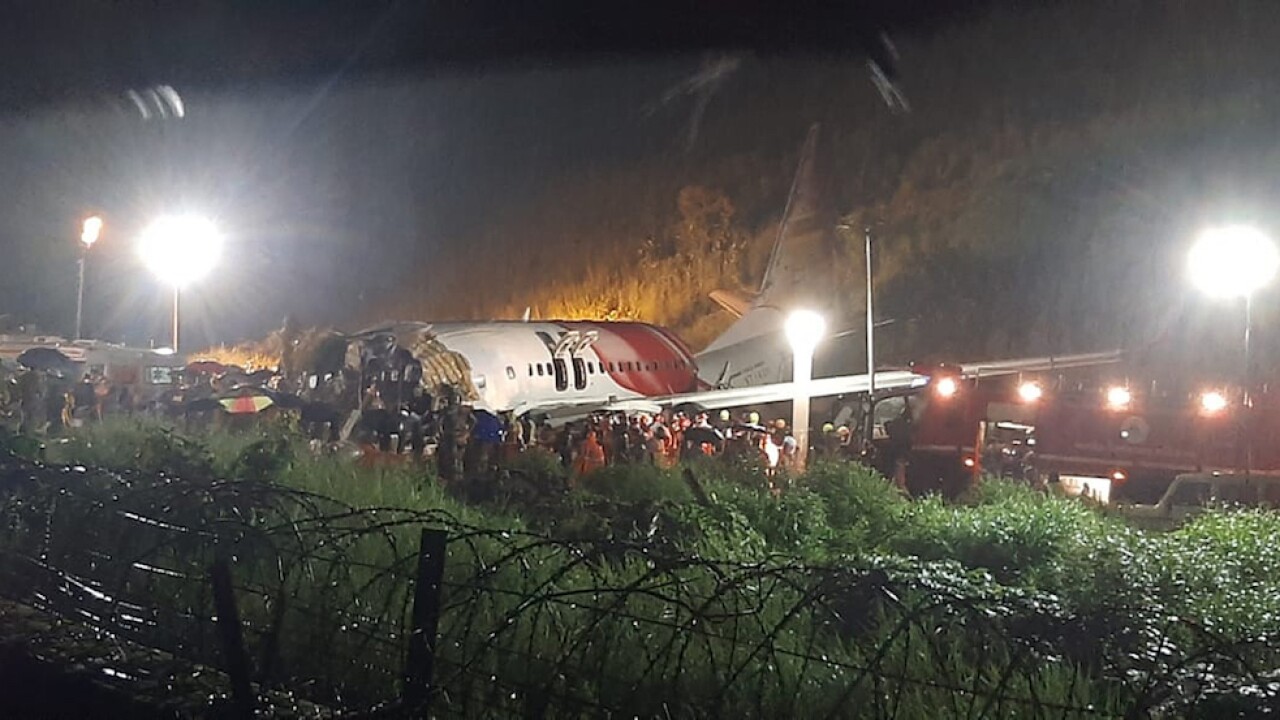 AP
The Air India Express flight that skidded off a runway while landing at the airport in Kozhikode, Kerala state, India, Friday, Aug. 7, 2020. (AP Photo)

NEW DELHI (AP) — An Air India Express flight with 190 people on board skidded off a runway and split in two while landing Friday in heavy rain in southern India.

Police say at least 16 people were killed and 123 others injured.

Air India Express said in a statement that there were 174 passengers, 10 infants, two pilots, and four cabin crew members who were on board.

They say the dead included one pilot, and at least 15 of the injured are in critical condition.

A spokesman for the Civil Aviation Ministry says no fire was reported on the Boeing 737 aircraft after it landed and broke into pieces.

On Twitter, India’s Union Minister for Housing & Urban Affairs (I/C) said the plane went down a slope 35 feet before breaking up into two pieces.

Deeply anguished & distressed at the air accident in Kozhikode.

The @FlyWithIX flight number AXB-1344 on its way from Dubai to Kozhikode with 191 persons on board, overshot the runway in rainy conditions & went down 35 ft. into a slope before breaking up into two pieces.

It was a repatriation flight carrying Indian citizens back to the country.

Regular commercial flights have been halted in India because of the coronavirus outbreak.