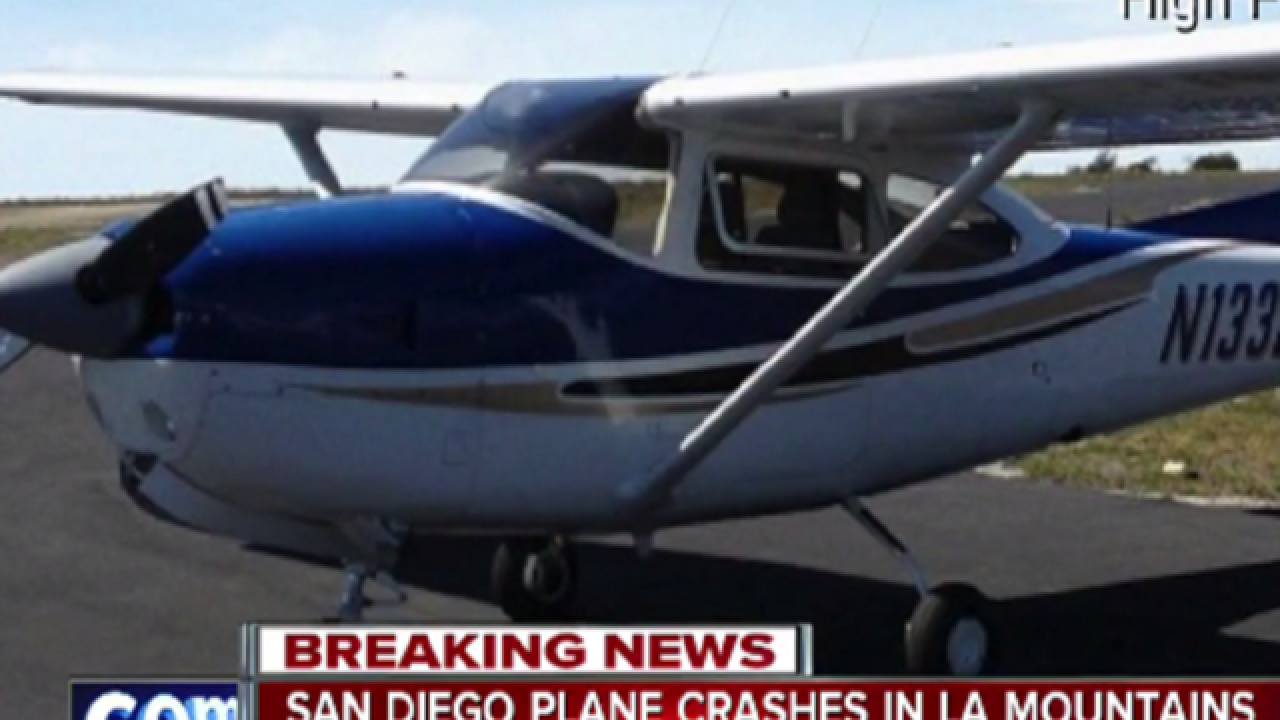 By: Associated Press
Posted at 10:00 PM, May 15, 2016
LOS ANGELES (AP) — A pilot was found dead in the wreckage of a small plane crash in the mountains northeast of Los Angeles hours after it disappeared from radar amid foggy, cloudy conditions, authorities said Sunday.
Rescuers on the ground and in the air looked for the Cessna 182 for several hours before locating it on Brown Mountain, in the Angeles National Forest above Altadena, Los Angeles County Sheriff's Deputy Kimberly Alexander said.
The pilot, who was the only person on board, did not survive, she said.
The pilot's name has not been released.
The airplane was reported missing shortly after 9 a.m. during a flight from San Diego to Santa Monica. It was about 17 miles east of Van Nuys when contact was lost, Federal Aviation Administration spokesman Allen Kenitzer said.
The search was hampered by low clouds earlier in the day.
Several teams on the ground searched through heavy brush in steep terrain. Helicopters couldn't join the search until the afternoon when visibility improved.
Eventually, the downed aircraft was located in the late afternoon on the side of a rugged cliff, the sheriff's office said.
Searchers told KABC-TV the plane was last reported flying at 4,000 feet and was evidently going off course.
"Whatever speed it was going, it had no time to react once it saw the hillside. There was no way it could see an oncoming obstacle like that," Jon Camphouse, a member of the Montrose Search and Rescue Team, told the station.
Associated Press 2016