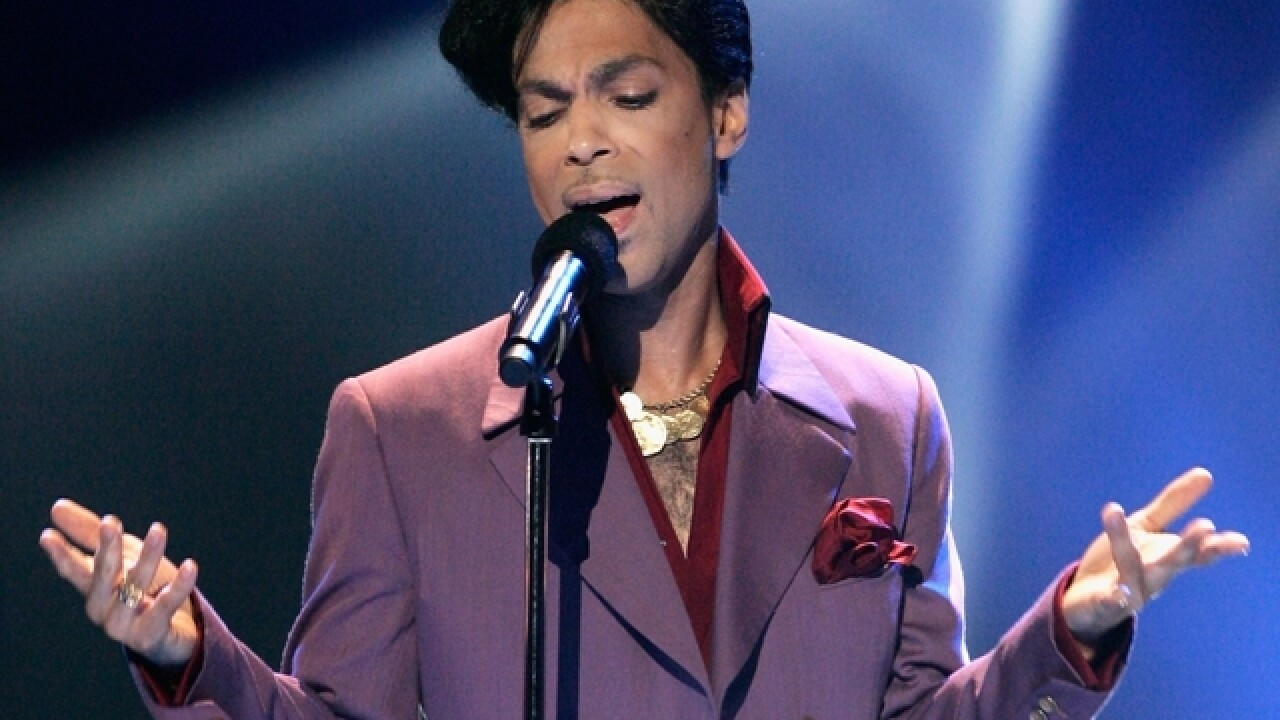 The official, who spoke to The Associated Press on condition of anonymity because of the ongoing investigation, said many pills were falsely labeled as "Watson 385." According to Drugs.com, that stamp is used to identify pills containing a mix of acetaminophen and hydrocodone.

About a dozen tablets were found in a dressing room at Paisley Park, but the vast majority was in bottles of Vitamin C and aspirin that had been tucked inside a suitcase and bags — including one Prince often carried with him.

Autopsy results released in June show Prince died April 21 of an accidental fentanyl overdose. The official who spoke to the AP said records show the 57-year-old Prince had no prescription for any controlled substances in the state of Minnesota in the 12 months before he died.

Authorities are still investigating how Prince obtained the drugs.

Fentanyl has been responsible for a surge in overdose deaths in some parts of the country. When made into counterfeit pills, users don't always know they're taking fentanyl, increasing the risk of fatal overdose.

The Star Tribune first reported about the mislabeled pills in a story published on its website late Saturday.

One pill with the "Watson 385" stamp that was analyzed by the Minnesota Bureau of Criminal Apprehension tested positive for fentanyl, lidocaine and another drug. Officials found nearly two dozen pills similar to the one that was tested, the official said.

Another aspirin bottle had 64 counterfeit tablets in it. Some pills that were analyzed contained fentanyl, lidocaine and U-4770 — a synthetic drug that is eight times more powerful than morphine.

Authorities also found a prescription bottle in someone else's name that contained 10 oxycodone pills, the official said, without revealing who was listed on the prescription.

The official said Prince had many of these pills with him on April 15 when the airplane he was on made an emergency stop in Moline, Illinois, after he fell ill from a suspected drug overdose as he was heading home from a performance in Atlanta. Prince was given two doses of Narcan, an antidote used to reverse suspected opioid overdoses, the official said.

The official said roughly 20 different bottles or pill containers have been analyzed.

U-4770 can be tested for in toxicology screens, but is not done routinely because it is a relatively new chemical. Presence of the drug was not tested in Prince's case, but the levels of fentanyl in his system were more than enough to be toxic, the official said.

Tests on Prince prior to his death did not show fentanyl in his system, which means he wasn't a long-time abuser of that drug, but likely took the fatal dose sometime in the 24 hours before he died, the official said.

The official did not elaborate on those tests. But at least one doctor, Michael Todd Schulenberg, saw Prince on April 7 and again on April 20, the day before he died. According to a search warrant, he told a detective he had ordered tests for Prince and prescribed medications. Schulenberg's attorney, Amy Conners, has said patient-privacy laws do not allow her to say what the prescriptions were.

The autopsy report also shows Prince had diazepam, lidocaine and hydrocodone acids in his body, the official said. Diazepam is an anti-anxiety pill sold as Valium. It's a sedative and can also be used to control seizures, which Prince suffered from as a child. Lidocaine is a local anesthetic.