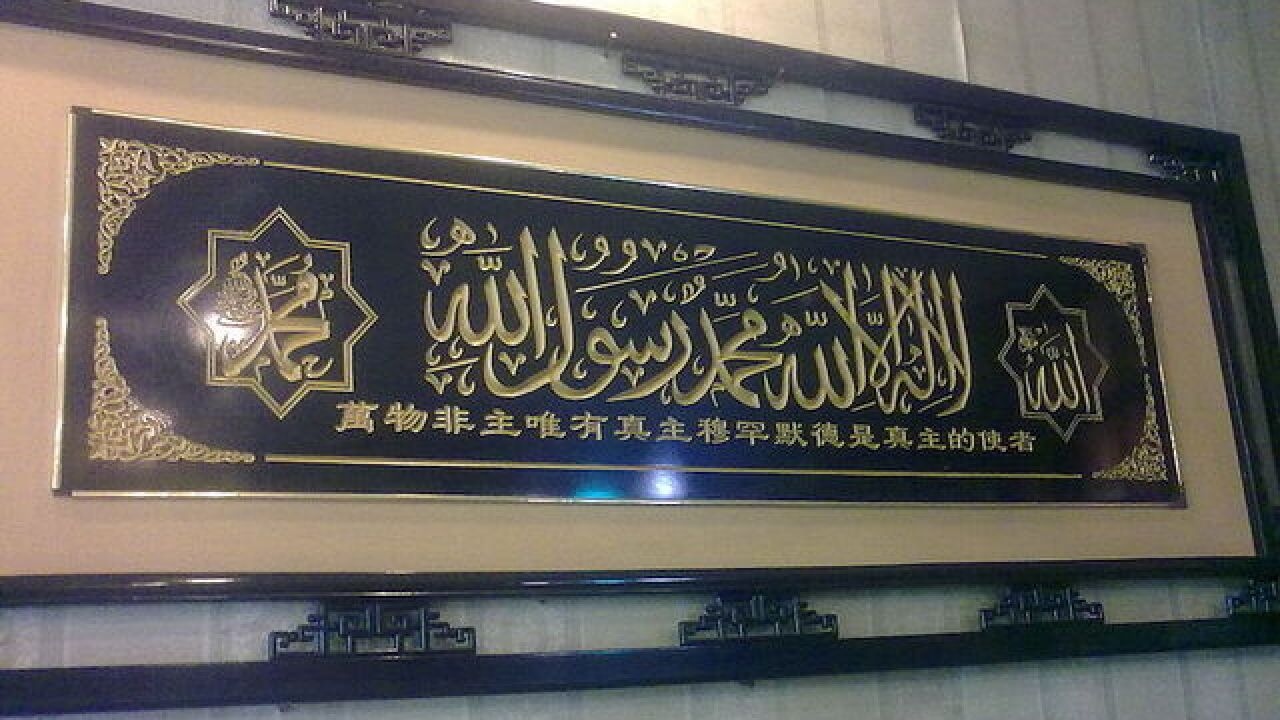 Wikimedia Creative Commons
<p>A print of the Islamic shahada, written in calligraphy. By Wwbread (Own work) [<a href="http://creativecommons.org/licenses/by-sa/3.0">CC BY-SA 3.0</a> or <a href="http://www.gnu.org/copyleft/fdl.html">GFDL</a>], <a href="https://commons.wikimedia.org/wiki/File%3AShahada-salahuar.jpg">via Wikimedia Commons</a></p>

Parents of students at a Virginia high school rallied this week after a geography teacher used an Islamic statement of faith as part of a lesson on world religions. At least one parent claimed the lesson was an attempt at indoctrinating their kids to follow Islam.

About 100 upset parents came together over the issue on Wednesday , according to the Staunton News Leader.

The controversial lesson — part of a ninth-grade world geography class at Riverheads High School — asked students to practice calligraphy by writing out the shahada, which is one of the five pillars of Islam. When translated to English, the statement reads, “There is no god but Allah, and Muhammad is the messenger of Allah.”

According to the News Leader, several students refused to complete the assignment, leading to parents hearing about it. Students were reportedly not asked to translate or recite the statement. One parent has refused to send her child back to school since the lesson was taught.

“I will not have my children sit under a woman who indoctrinates them with the Islam religion when I am a Christian,” Kimberly Herndon told Staunton’s WHSV-TV . “I want to stand behind Christ.”

The superintendent of Augusta County (Va.) Schools issued a statement standing behind his employee.

“Neither these lessons, nor any other lesson in the world geography course, are an attempt at indoctrination to Islam or any other religion or a request for students to renounce their own belief or profess any belief,” read a statement to WHSV-TV from Dr. Eric Bond.

“(The lesson) attempts objectively to present world religions in a way that is interesting and interactive for students,” Bond’s statement concluded.

The lesson was reviewed and reportedly found to be in line with Standards of Learning put forth by the Virginia Department of Education, according to the News Leader.