Old Dominion campus rape was followed by 8-hour interrogation of victim, she says 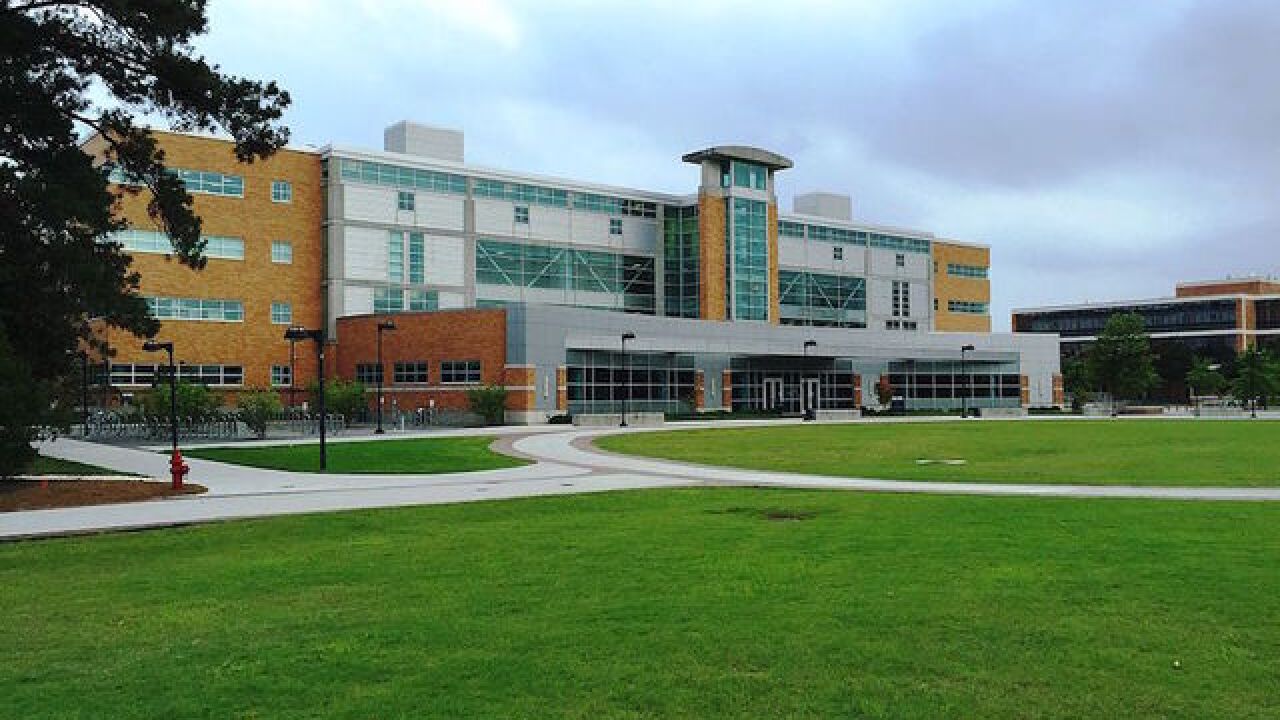 RICHMOND, Va. (AP) — An Old Dominion University student who reported she was raped in her dorm room is charging that campus police prevented her from getting a medical exam to preserve evidence until after she was interrogated for almost eight hours.

Her complaint to federal education officials about the October 2014 episode also says she was not given written information about her right to seek a protective order against the person she said attacked her, among other things. It accuses school officials of mishandling the case.

The complaint obtained by The Associated Press says the woman, who was not identified, told campus police after she was raped in her dorm room that she had an appointment at a local medical center for a forensic exam. Instead of taking the woman to the appointment, police took her to their department, where they held her for nearly eight hours and denied her food, water and access to the bathroom in between interrogations, the complaint says.

In a personal statement included with the complaint, the woman said the detectives made comments and asked questions that made her feel like she was "being violated again," including "Do you like rough sex?" and "I'm just trying to find the crime here." The experience left her with ongoing post-traumatic stress disorder and an anxiety disorder, she said.

"After the entire day of being victimized by your police department, I was left feeling paranoid and scared as if I was the criminal," she wrote.

The complaint accuses the school of violating federal law by failing to give the woman written information about the importance of preserving evidence of her rape through a forensic exam and not letting her know that she could decline to report the crime to law enforcement before getting an exam.

"Had Ms. Doe known about her right to decline to report to law enforcement prior to receiving a forensic examination and medical care, she would have been able to attend her appointment at a local medical center to receive care for her injuries and bleeding after her rape on campus," said the complaint. The woman's attorney, Laura Dunn, said it was filed late Wednesday — the two year anniversary of her rape — with the U.S. Department of Education.

ODU officials did not immediately respond to multiple phone and email messages seeking comment Thursday. Old Dominion is a public university with roughly 25,000 students in Norfolk.

The woman accuses the school of violating the Clery Act, which requires schools to inform victims about counseling services, their options to notify law enforcement after an assault and options for changing their living situation, among other things.

The complaint says the woman was not informed about her right to seek a protective order against her alleged attacker — who wasn't an ODU student — after ODU Police declined to seek one on her behalf. That forced her to "live on campus for months in fear that her attacker could return and harm her at any moment," the complaint said.

The woman also claims she was not allowed to move out of the dorm room where she was attacked until after she received a diagnosis for a psychological condition and that her assault wasn't added to the school's daily crime log until after a reporter inquired about it.

"This validated to me that Old Dominion University never took my sexual assault seriously and does not care for me as one of their students," the woman said in the complaint.