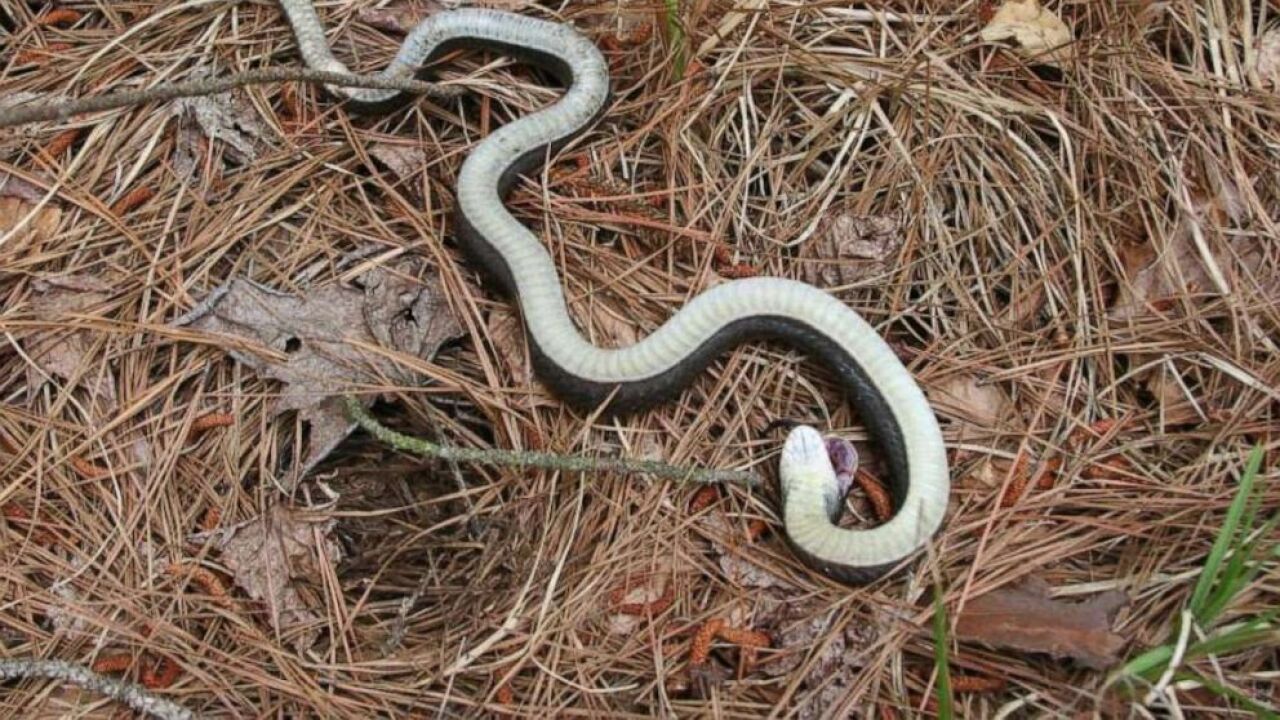 Parks and recreation officials in North Carolina issued a warning about a so-called "zombie snake" in the state that tends to "play dead."

The North Carolina State Parks and Recreation shared images of the eastern hognose snake on its Facebook page, warning residents to stay alert if they happen to come across the creature, which defends itself by lying on it's back and pretending to be dead.

"Instead of watching clouds to see if we can keep weekend weather on track, let's play a game! Who is this ‘famous’ NC snake? A cobra? A zombie snake? It’s a harmless one," the organization wrote in a lighthearted Facebook post.

It racked up dozens of reactions and comments from residents, including a few who said they’d never heard of a snake with such bizarre survival techniques.

The reptiles vary in color but the most common ones are usually brown or gray with dark brown blotches. It isn't poisonous, but they tend to display cobra-like qualities, according to Amphibian and Reptiles of North Carolina.

"When threatened, hognose snakes hiss loudly and spread their necks like cobras do, resulting in the nicknames 'puff adder' or 'spreading adder,'" Amphibian and Reptiles of North Carolina said in a statement. "They rarely bite during these displays, but they may strike repeatedly."

The eastern hognose tends to resort to playing dead when other defense mechanisms fail.

"If the antagonist continues, the hognose snake will feign death by opening its mouth, rolling over on its back, and writhing around. If turned over onto its belly, it will immediately roll again onto its back," the statement said.

The hognose, which can grow up to about four feet in length, is found throughout the eastern parts of the country, from Florida and Texas to Minnesota, according to the Florida Museum. Urban myth says "hognose snake can mix venom with its breath and is thus able to kill a person from a distance of twenty-five feet," but the museum said that couldn't be further from the truth.

"In truth, its breath is harmless," the museum said in a statement.