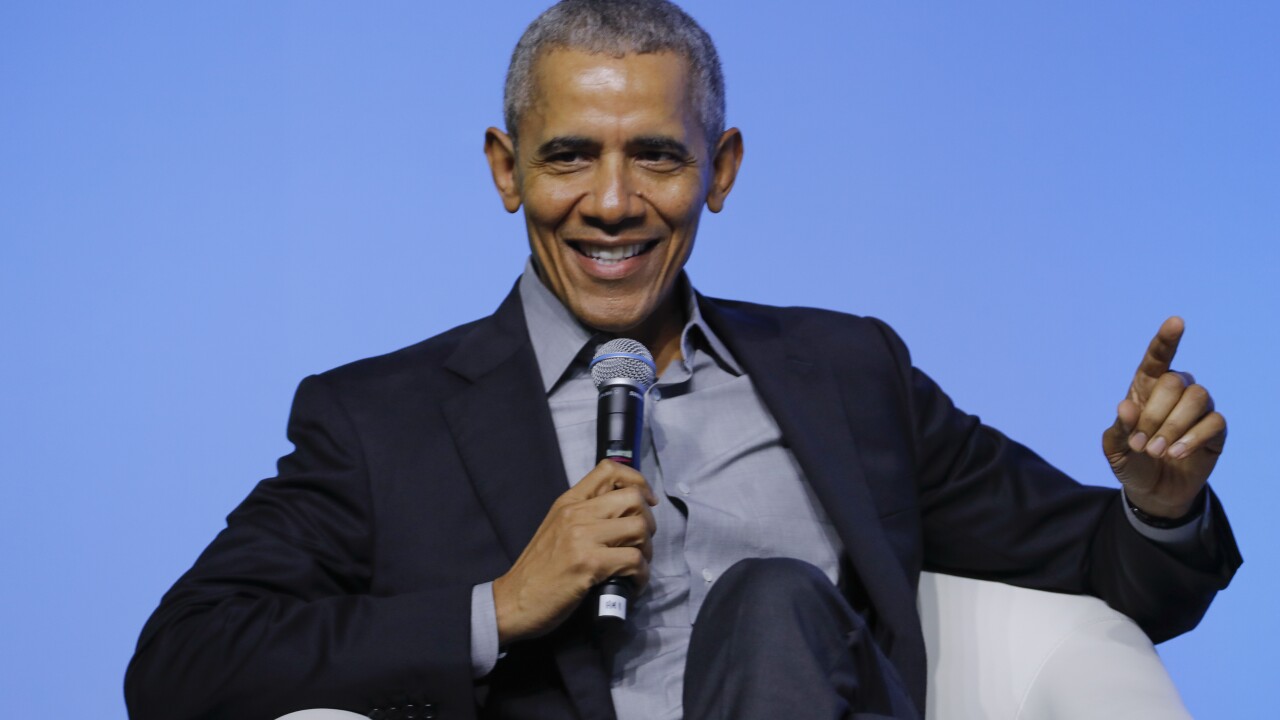 Copyright 2019 The Associated Press. All rights reserved
Vincent Thian/AP
Former U.S. President Barack Obama gesture as he attends the "values-based leadership" during a plenary session of the Gathering of Rising Leaders in the Asia Pacific, organized by the Obama Foundation in Kuala Lumpur, Malaysia, Friday, Dec. 13, 2019. (AP Photo/Vincent Thian)

Obama is warning Democrats against being “complacent or smug” about the presidential race.

He is telling them to get engaged with the campaign and says, “whatever you've done is not enough.”

The small-dollar fundraiser Tuesday kicked off what Obama’s team says will likely be a busy schedule heading into the fall, as he looks to help elect not just Biden but also Democrats running for House and Senate.