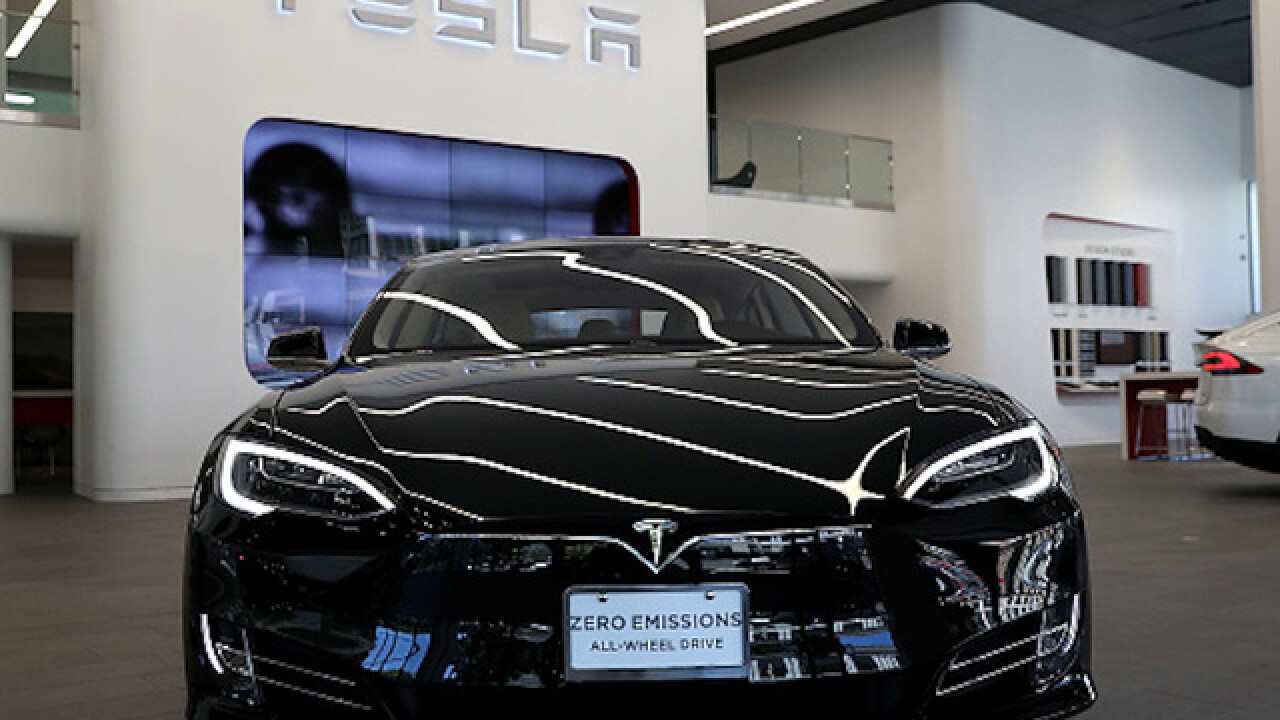 Image copyright 2018 Getty Images. All rights reserved. This material may not be published, broadcast, rewritten, or redistributed.
Justin Sullivan
<p>SAN FRANCISCO, CA - AUGUST 10: A Tesla Model S is displayed inside of the new Tesla flagship facility on August 10, 2016 in San Francisco, California. Tesla is opening a 65,000 square foot store, its largest retail center to date. The facility will offer sales and service of Tesla's electric car line. (Photo by Justin Sullivan/Getty Images)</p>

The National Transportation Safety Board is launching a probe that will focus on how first responders handled a fatal crash of a Tesla Model S in Florida this week.

Two people died Tuesday evening in Fort Lauderdale, Florida, after a gray 2014 Tesla Model S ran off the road and collided with a concrete wall. The vehicle then caught on fire, engulfing the car in flames, local police said.

The NTSB said in a statement Wednesday that the investigation will "primarily focus on emergency response in relation to the electric vehicle battery fire, including fire department activities and towing operations."

The driver and front seat passenger were pronounced dead at the scene. A third passenger in the back seat survived and was taken to the hospital, authorities said.

Police said the car's speed was likely a factor in the incident. The NTSB did not indicate that it suspects first responders did something wrong. Nor does it indicate that something was wrong with the vehicle.

Related: Elon Musk spends $10 million of his own money on Tesla shares

NTSB chairman Robert Sumwalt said in a statement that the "NTSB has a long history of investigating emerging transportation technologies, such as lithium ion battery fires in commercial aviation, as well as a fire involving the lithium ion battery in a Chevrolet Volt."

"The goal of these investigations is to understand the impact of these emerging transportation technologies when they are part of a transportation accident," Sumwalt said.

Tesla said in a statement that it is "working to establish the facts of the incident and offer our full cooperation to the local authorities."

"We have not yet been able to retrieve the logs from the vehicle, but everything we have seen thus far indicates a very high-speed collision and that Autopilot was not engaged," Tesla said.

The NTSB also said in its statement Wednesday that it "does not, at this time, anticipate autopilot being a part of this investigation."

Several crashes have occurred in the past with Tesla's Autopilot function engaged, including a fatal incident in March.

The Autopilot feature is not fully autonomous. It handles some driving functions, but not all, and drivers are expected to stay engaged when the feature is activated. Tesla said after the March incident that the driver was given "several visual and one audible" cue from the vehicle to grab the wheel "earlier in the drive" before the crash.

Tesla CEO Elon Musk recently lashed out at reporters who have written articles "that would lead people to believe that autonomy is less safe."

"Because people might actually turn it off, and then die," Musk said during an earnings call last month. "So anyway, I'm very upset by this."

Tesla has repeatedly referred to a government report from January 2017, which has been widely criticized, that found that Autopilot reduced crash rates for Tesla by 40%.