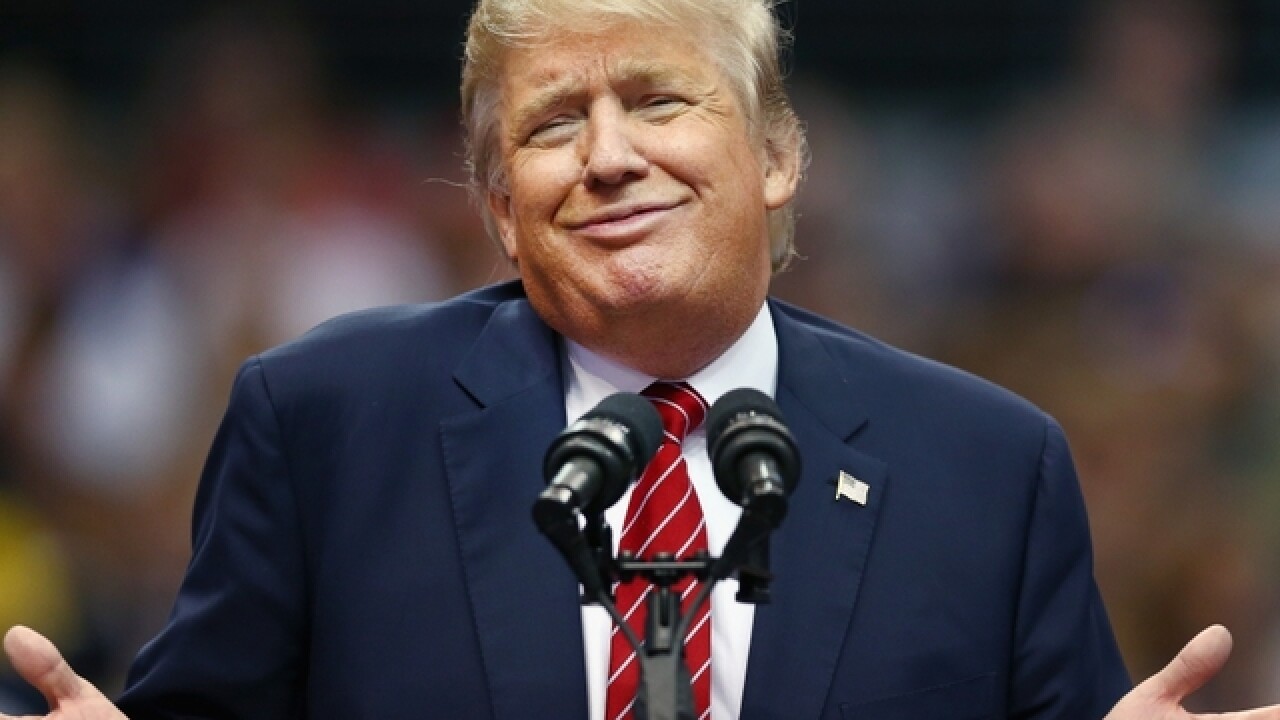 By: Associated Press
Posted at 3:28 AM, Jun 01, 2016
TOKYO (AP) — Donald Trump appears to be finding some friends in North Korea.
The presumptive U.S. Republican presidential nominee has been getting good press this week in the North's carefully controlled media, first in an opinion piece that praised him as "wise" and full of foresight and then Wednesday in the official mouthpiece of the ruling Worker's Party itself.
Both articles noted how his suggestions he would be willing to meet leader Kim Jong Un and wants to rethink and possibly withdraw U.S. troops from South Korea have created a "Trump Shock" in Seoul.
The state-run DPRK Today in Pyongyang started off the Trump praise on Tuesday by juxtaposing the "wise" Trump with what it called a "dull" Hillary — describing the leading Democratic Party candidate only by her first name.
In the lengthy column, Trump is described as a "wise politician and presidential candidate with foresight" for his comments about the U.S. potentially withdrawing its troops from South Korea if Seoul doesn't bear the costs. It also noted his public willingness to directly talk with the North Korean leadership if he becomes president.
Clinton, the column said, is "dull" for promising to pursue an "Iran-type model" to solve nuclear issues with the North.
Trump told The New York Times in March that South Korea and Japan should pay much more for the U.S. troops based in their countries — about 28,000 in South Korea and around 50,000 in Japan. In a more recent interview with the Reuters news agency, Trump said he was willing to meet with Kim.
"I would speak to him, I would have no problem speaking to him," he said.
The removal of U.S. troops from the Korean Peninsula and direct talks with a U.S. president dovetail nicely with objectives Pyongyang has held for years — though undoubtedly for different reasons than the American real estate magnate.
The North wants the U.S. troops to leave because it sees them as a direct threat to the regime's security and has long wanted talks with Washington, ostensibly toward a peace treaty to end the 1950-53 Korean War, that would boost its international status and acknowledge that North Korea is a nuclear state.
"There are many 'positive aspects' to take away from Trump's 'inflammatory campaign promises,'" the writer says in the DPRK Today column, pointing out Trump's indications that Seoul should pay "100 percent" of the cost for the American troops stationed in the South and, if not, Washington should pull them out.
"Yes, go away, now!" it says. "Who knew that the 'Yankee Go Home' slogan we shouted so enthusiastically could come true so easily like this? The day that the 'Yankee Go Home' slogan becomes reality would be the day of unification."
The Korean War that solidified the division of North and South Korea ended in an armistice, not a full peace treaty.
The DPRK Today website is considered to be a propaganda outlet aimed at readers outside the North, though its position within the government is not clear.
While not as colorful or overtly supportive as the DPRK Today column, the ruling party's official Rodong Sinmun editorial said the emergence of Trump is causing anxiety in South Korea because of his comments about the potential U.S. troop withdrawal.
It said the South Korean government should stop living as a servant of foreign forces and come back to the side of the Korean nation, but didn't comment directly on Trump as a candidate.
Copyright 2016 The Associated Press. All rights reserved. This material may not be published, broadcast, rewritten or redistributed.