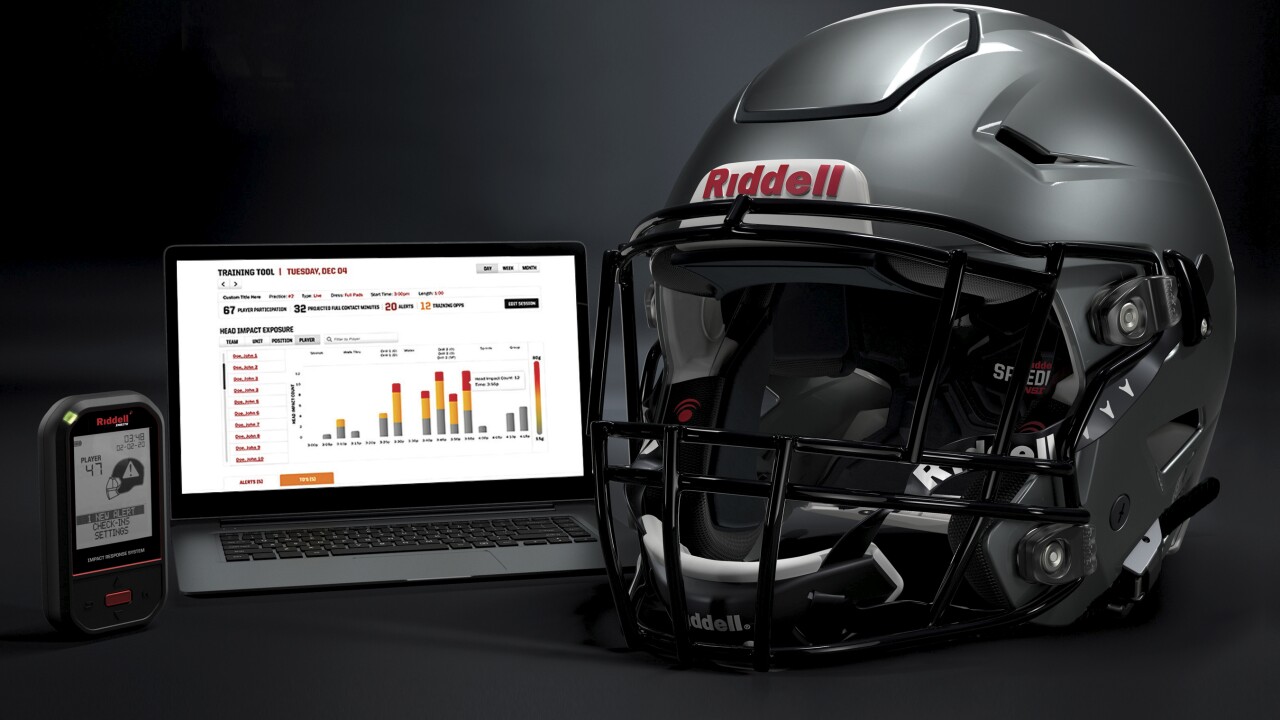 AP
In this May 2020 photo provided by Riddell, a Riddell SpeedFlex helmet sits next to a computer screen displaying information from the InSite tool. Teaming with Catapult, an Australia-based technology company, Riddell is providing coaches, players and medical staff detailed information regarding anything from practice regimens to helmet contacts to overall preparation for athletes. (Riddell via AP)

ATLANTA (AP) — With an eye toward getting back on the field, the NFL is working on a helmet face guard that might provide the same protection as a surgical mask.

Atlanta Falcons president Rich McKay says the issue came up about a month ago during a conference call with the league’s competition committee.

Many players already wear visors to protect their eyes. McKay says the new mask would cover even more of the face.

Mayer said there will likely be a recommendation to use the mask when the NFL begins its preseason schedule in August.

If the masks are comfortable and they’re safe, McKay said he expects them to quickly gain acceptance.