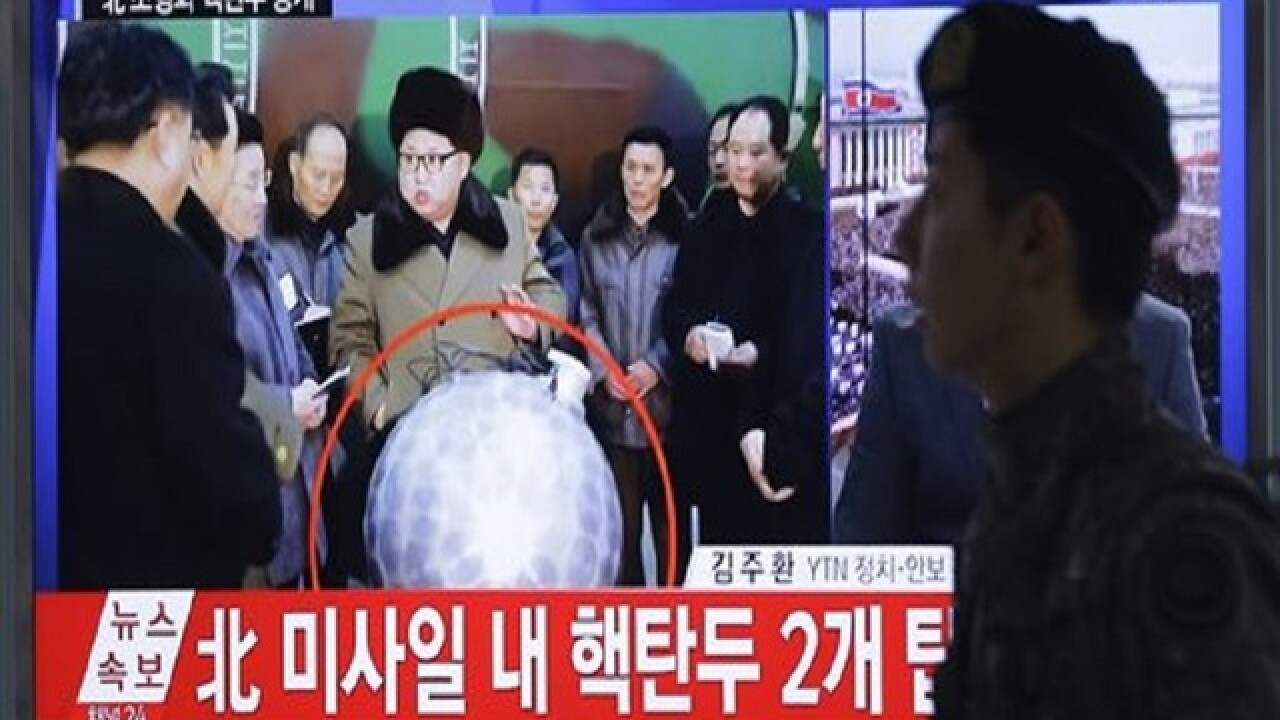 SEOUL, South Korea (AP) — North Korean leader Kim Jong Un says his country will soon conduct a nuclear warhead explosion test and test-launch rockets capable of carrying atomic warheads.
Kim's warning is an escalation of the North's threats as it furiously reacts to annual military drills between Seoul and Washington.
Pyongyang's official Korean Central News Agency said Tuesday that Kim issued the order while guiding a successful simulated test of a re-entry vehicle, which is needed to return a warhead safely back into the Earth's atmosphere from a long-range missile launch.
Outside experts have said the North doesn't yet have a workable re-entry vehicle, meaning the country does not have a reliable missile capable of hitting the U.S. mainland.
Pyongyang often makes fiery warlike rhetoric in times of tension with the outside world.
Associated Press 2016