Mom of 'affluenza' teen is jailed in Los Angeles 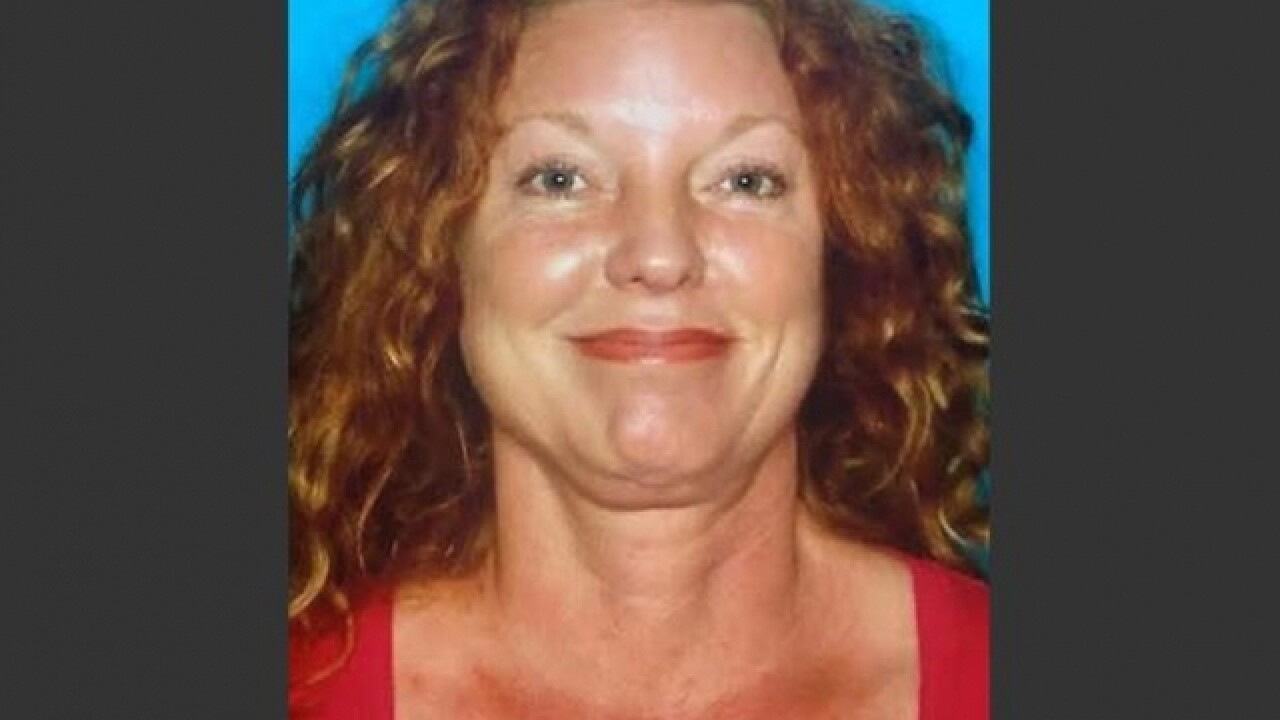 LOS ANGELES (AP) — The mother of a fugitive Texas teen known for using an "affluenza" defense in a fatal drunken-driving accident is jailed in Los Angeles on Thursday after being deported from Mexico, police said.

An LAPD fugitive task force picked up Tonya Couch shortly after 1:30 a.m. at Los Angeles International Airport and took her to the Metropolitan Detention Center, according to Officer Norma Eisenman. Her 18-year-old son, Ethan Couch, remains in a Mexican jail.

She will be held at the downtown jail until U.S. marshals take her to Texas, where she and her son live and where he was on probation for the 2013 crash, Eisenman said. The police spokeswoman didn't know why Couch came through Los Angeles or when she would be transported.

U.S. Marshals Service spokesman Eugene Hwang said he could not reveal details about Couch's trip through California or say how long she might be there, citing security concerns in transporting someone in custody.

Authorities believe Ethan Couch, who was sentenced only to probation for the wreck that killed four people, fled to Mexico with his mother in November as prosecutors investigated whether he had violated his probation. Both were taken into custody Monday after authorities said a phone call for pizza led to their capture in the resort city of Puerto Vallarta.

A Mexican court delayed Ethan Couch's deportation Wednesday, giving a judge three days to decide whether he has grounds to challenge his deportation based on arguments that kicking him out of the country would violate his rights.

But the injunction did not apply to Tonya Couch, who was deported immediately, according to an official with Mexico's National Immigration Institute, who was not authorized to discuss the case and spoke on condition of anonymity.

U.S. marshals took her in handcuffs through an LAX terminal to an unmarked car. She was wearing blue street clothes and looked away from cameras as she walked.

Authorities in Texas said they were issuing an arrest warrant for her on charges of hindering an apprehension, a third-degree felony that carries a sentence of two to 10 years in prison.

The legal maneuver basically takes the deportation decision out of an immigration agent's hands and asks a higher authority to make it, Hunter said Wednesday at a news conference in Houston. Such cases can often take up to several months, depending on the priorities of the local courts, he said.

"It also depends on the fact the Couches have legal counsel. And it seems to me, if they wanted to, they could pay them as much money as they want to drag this thing out," Hunter said. "We're hopeful that's not the case."

Ethan Couch was transported late Wednesday from a detention facility in Guadalajara to one in Mexico City, the Mexican official said. Couch was moved because the Mexico City facility for detaining migrants is larger and better equipped to hold someone for days or weeks.

His attorneys in the U.S. said in a statement Wednesday that they couldn't comment on the case because they weren't licensed to practice law in Mexico. It wasn't immediately clear which attorneys were handling the case in Mexico.

Ethan Couch was driving drunk and speeding near Fort Worth in June 2013 when he crashed into a disabled SUV, killing four people and injuring several others, including passengers in his pickup truck.

During the sentencing phase of his trial, a defense expert argued that his wealthy parents coddled him into a sense of irresponsibility — a condition the expert termed "affluenza." The condition is not recognized as a medical diagnosis by the American Psychiatric Association, and its invocation during the legal proceedings drew ridicule.

"Couch continues to make a mockery of the system," said Fort Worth attorney Bill Berenson, who represented Sergio Molina. Molina was paralyzed and suffered severe brain damage in the crash.

He and his mother were tracked by a phone to a condominium complex in Puerto Vallarta's old town when it was used to order delivery from Domino's Pizza, according to a police report issued by the Jalisco state prosecutors' office.

They had moved to an apartment, and agents set up a surveillance operation in the surrounding streets. The Couches were taken into custody Monday evening and handed over to immigration officials.