Most Puerto Ricans face a second night without electricity 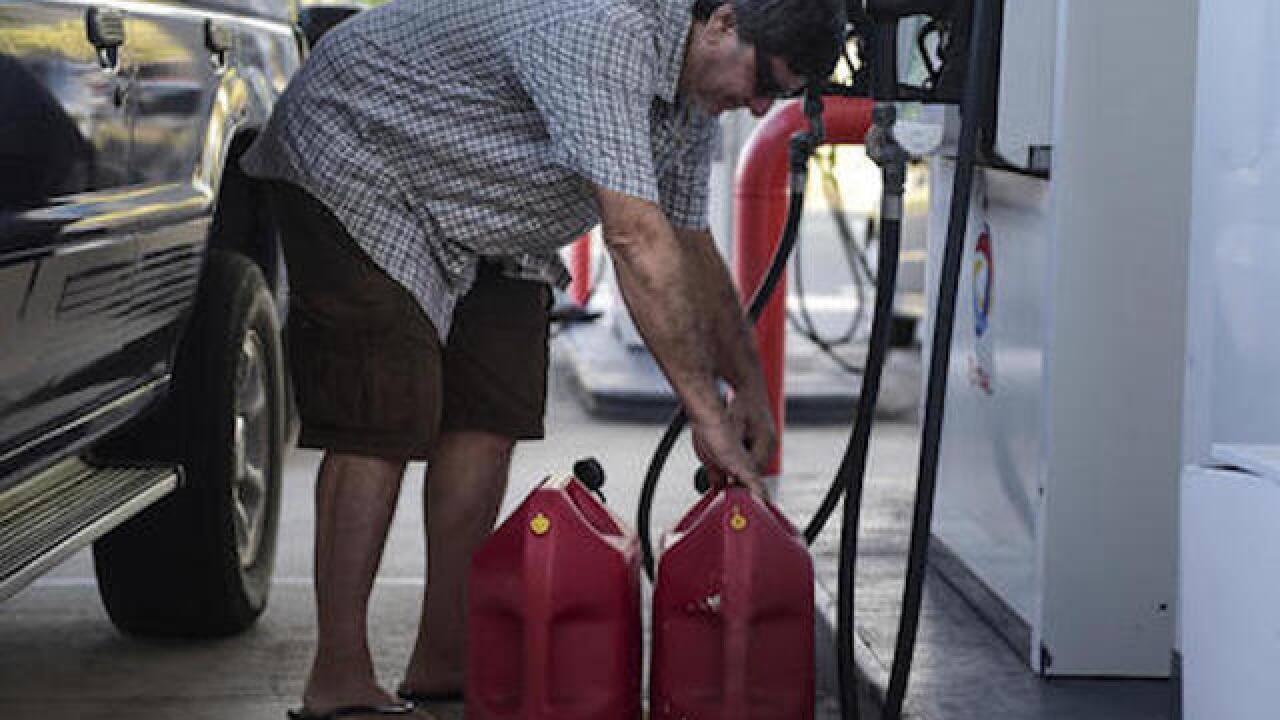 SAN JUAN, Puerto Rico (AP) — Most Puerto Ricans faced another night of darkness Thursday as crews slowly restored electricity a day after a fire at a power plant caused the aging utility grid to fail and blacked out the entire island of 3.5 million people.

Nearly 370,000 of the 1.5 million homes and businesses served by the power utility had power back by late Thursday. Gov. Alejandro Garcia Padilla said he hoped more than half would be reconnected by Friday morning, adding that public school classes were canceled on Friday.

Garcia, who declared a state of emergency, expressed sympathy for people's frustrations over the outage, which comes amid a decade-long economic crunch that has worn down Puerto Ricans.

"We all want the system to be back online," the governor said. "Let's hold someone responsible for this. Blame me. I'll take the blame."

The power company posted a tweet expressing annoyance over people cursing at its workers, saying such behavior wasn't justified.

Most Puerto Ricans don't have generators, and the many still without power faced another night in darkness and with no air conditioning in the tropical heat. Many likely planned to drag mattresses out to balconies and porches to spend the night outside.

"Puerto Rico is not prepared for something like this," said Celestino Ayala Santiago, who slept in his car Wednesday night so he could have some air conditioning to escape the heat.

Traffic lights remained out and police officers stood in the streets directing traffic all day, some in heavy downpours across the island. Workers at the main international airport filled out luggage tickets by hand.

"To see everything blacked out, my God," said Virginia Davila, a nurse's assistant who lives on the 11th floor of an apartment building in San Juan.

The governor said at least one person died the first night from exposure to carbon monoxide after setting up a personal generator. A 76-year-old man was taken to the hospital in good condition after spending the night trapped in an elevator at a government building, Garcia said.

Localized power outages are common in Puerto Rico, which has an outdated energy infrastructure, but widespread failures such as this generally have happened only with tropical storms. "This is an apocalypse," Jose Tavela said as he ate at a small cafe in the capital that had a generator.

The Electric Power Authority said it was trying to determine what caused the fire Wednesday afternoon at the Aguirre power plant in the southern town of Salinas. The fire apparently knocked out two transmission lines that serve the broader grid, which tripped circuit breakers that automatically shut down the flow of power as a preventive measure, said Yohari Molina, a spokeswoman for the utility.

The governor wanted that restoring power would be a slow process. "Given that the system is so old, numerous setbacks could occur," he said. "The system is not designed to withstand a failure of this magnitude."

But Garcia rejected suggestions the blackout was caused by maintenance problems that have plagued the utility for years, largely a result of the island's economic and fiscal crisis. He said the switch where the fire happened had been properly maintained.

It was not yet clear how much damage the fire caused or where the power company would obtain the money to repair or buy new equipment. The utility is struggling with a $9 billion debt that it hopes to restructure as it faces numerous corruption allegations. Company officials have said they are seeking revenue to update outdated equipment.