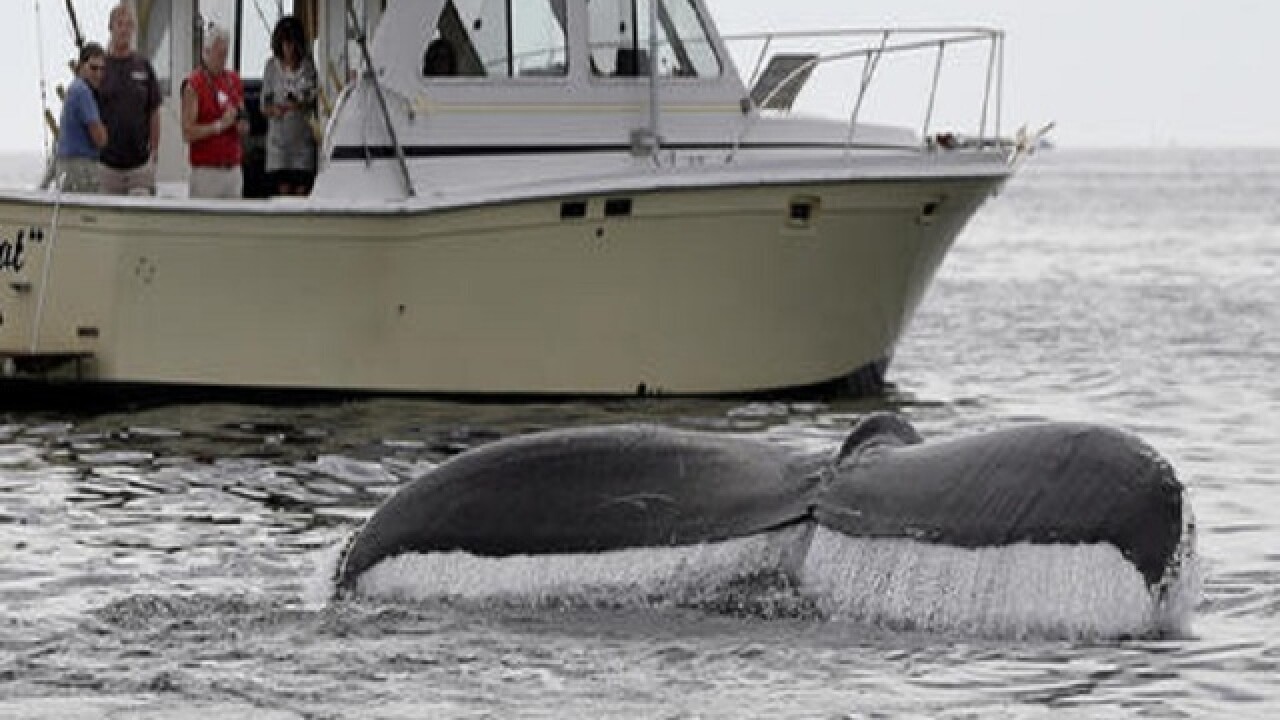 Elise Amendola
<p>In this August 25, 2012 photo, boaters watch a humpback whale breach off the coast of Gloucester, Mass. Federal authorities are taking most humpback whales off the endangered species list. The National Marine Fisheries Service said Monday, Sept. 5, 2016 that nine of the 14 distinct populations of humpbacks have recovered enough in the last 40 years to warrant being removed from the endangered list. (AP Photo/Elise Amendola)</p>

HONOLULU (AP) — Federal authorities took most humpback whales off the endangered species list Tuesday, saying their numbers have recovered through international efforts to protect the giant mammals.
The move applies to nine of the 14 distinct populations of humpback whales. Their numbers have steadily grown since a global ban on commercial whaling started nearly 50 years ago, the National Marine Fisheries Service said. The moratorium remains in effect.
However, four distinct populations remain endangered and one is now listed as threatened, some of which inhabit U.S. waters.
The Central America population, which feeds off the West Coast, and the Western North Pacific population, which inhabits the Bering Sea and Aleutian Islands, are still endangered. The Mexico population, which feeds off the West Coast and Alaska, is threatened.
"Today's news is a true ecological success story," said Eileen Sobeck, assistant NOAA administrator for fisheries. "Whales, including the humpback, serve an important role in our marine environment."
The Fisheries Service proposed removing most of the world's humpback whales from the endangered species list last year.
Copyright 2016 The Associated Press. All rights reserved. This material may not be published, broadcast, rewritten or redistributed.