Mothers from across the country are turning to a secret Facebook group to lend support to each other, creating a virtual safe haven where they can "help make someone else's journey a little bit easier with a kind word, a piece of advice or a story."

"Initially when I started the group, people would start to ask things like what's the best sippy-cup to buy ... what do you think about cloth diapers or store-bought diapers," Amy Hermes, the founder and administrator of the private Facebook group Mommy 2 Mommy told ABC News.

Hermes founded the group in 2011, and it has since grown to become a community of nearly 36,000 women. In order to join the secret group, you must be invited by a current member and then approved by an administrator.

"We are focused on making sure it's a safe place to connect, where people don't feel judged or shamed for having a different kind of philosophy," Hermes said.

Mothers from all walks of life flock to the online community 24 hours a day to seek and share their best advice for car seats, pediatricians, sleep training and much more. 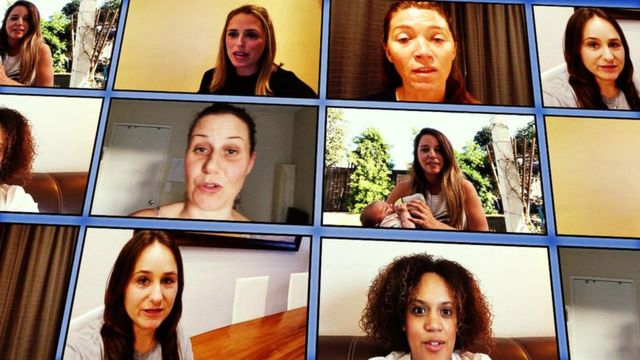 Member Laura Mendes told ABC News she turned to the community one night when she was "awake at 3 o'clock in the morning," saying, "I couldn't feed my daughter."

Jennifer Dulski, the head of groups and community at Facebook told ABC News that some members of the virtual community even extend their support to each other in real-life meetups.

"There are also local outposts of this group where people meet in person," Dulski said. "And these communities of mothers really offer something that you don't get necessarily, just with your friends."

Many mothers also turn to the platform to candidly discuss their fears over the pressure to be perfect moms. 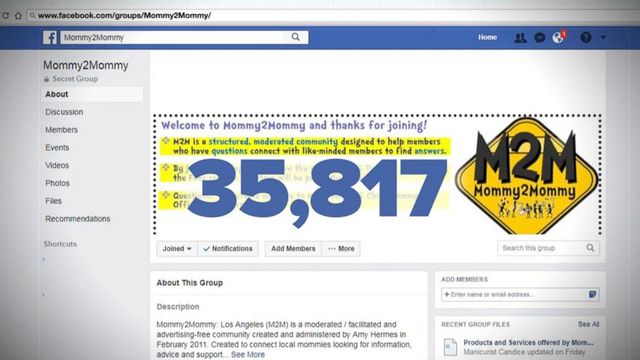 Mommy 2 Mommy member Annabel Raymond told ABC News she was overwhelmed by the outpouring of support she received when she turned to the group after "having a guilty bad mommy moment."

"That day my resources were really low internally, I just wasn't that resilient, and I found myself getting to a point where ... I literally couldn't control my feelings," Raymond recalled. "So what I did with them was something that I taught my girls to do, which is to go to the other room and scream into a pillow.

"Even though it was a very human moment for me, I felt guilty," Raymond added.

She said she then posted about what happened in the group, writing in part, "Having a guilty bad mommy moment, today was one of those days."

"After two hours of nonstop whining, I hit the roof and started screaming," Raymond said, adding that later, she found a note that read, "Dear Momma, we know we upset you but we forgive you, love, Lily."

"My heart broke, this parenting business is hard," Raymond said. "The truth is that at the end of the day, I felt like I needed some support and some community. 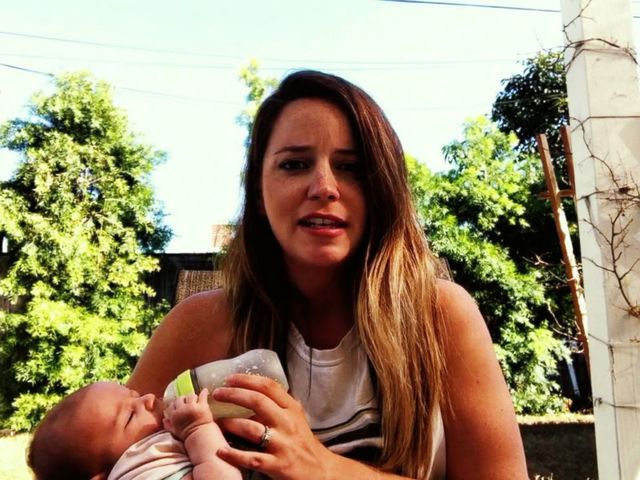 "Parenting in this day and age is a very lonely process," Raymond added. "I was feeling particularly raw and vulnerable and just felt like I needed some people to relate."

She said one message, from Mommy 2 Mommy member Gemma Remillard, particularly stood out to her when she was feeling down.

"I wrote 'You're obviously doing a great job if they would write this note for you. You're human and with that comes all of the emotions,'" Remillard told ABC News.

Raymond said the note affected her because "in that moment, I really needed another mother reminding me of how important it is to be human, make mistakes, and then correct them."

Hermes said interactions like these are what the group is all about.

"If someone can help make someone else's journey a little bit easier with a kind word, a piece of advice or a story that they did the same exact thing, I think that is life-changing," Hermes said. "And I'm so proud to be a part of that."