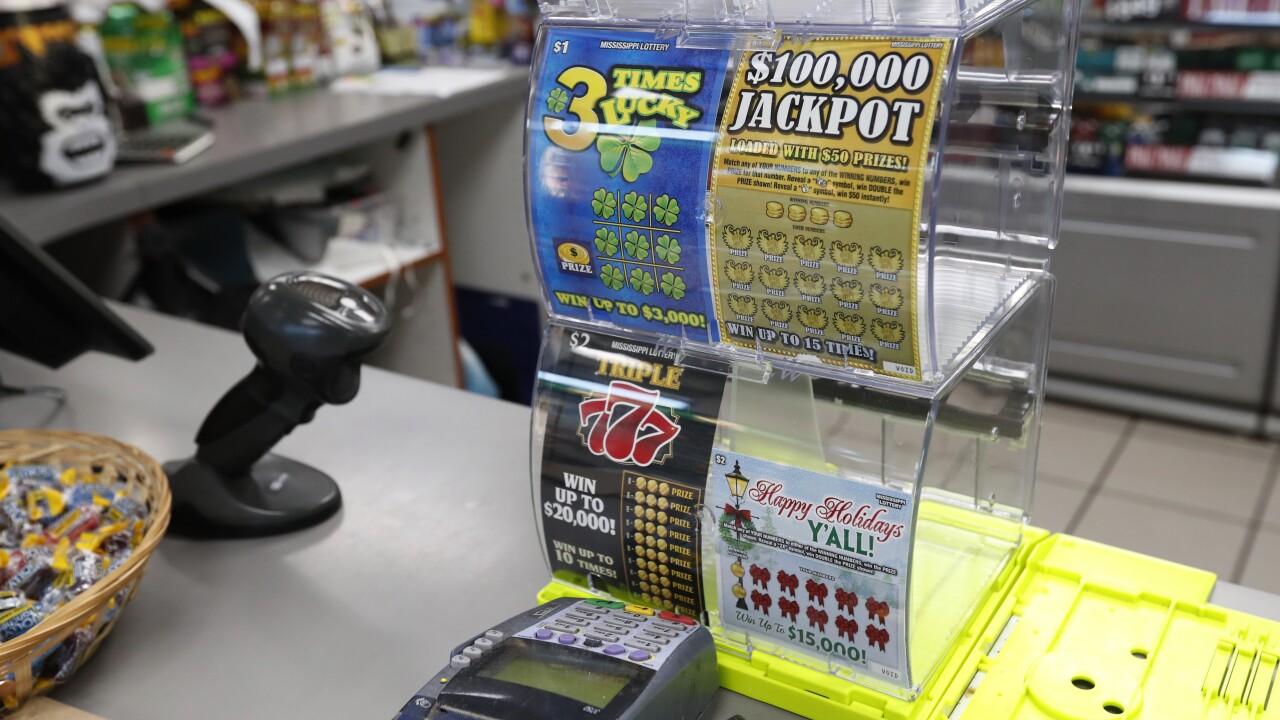 Authorities in Mississippi say two men attempted to scam the state lottery commission by submitting a losing scratch-off ticket that had the winning numbers glued onto it.

The state lottery commission called Flowood police about the fake ticket earlier that morning. Officers were told the suspects presented an altered $100,000 ticket.