Missing man found in the stomach of 20-foot-long snake 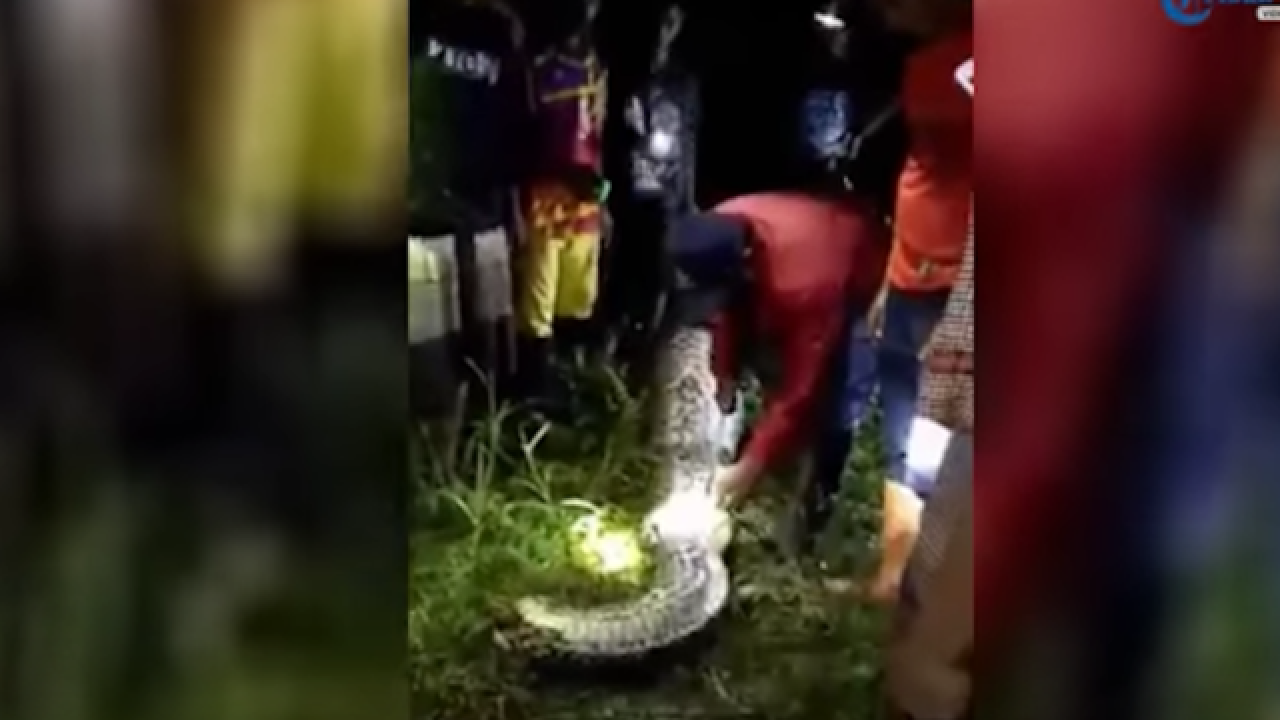 Copyright 2017 Scripps Media, Inc. All rights reserved. This material may not be published, broadcast, rewritten, or redistributed.
<p>A missing man in Indonesia was found in the stomach of a 20-foot-long snake on Monday. (Tribun Timur/YouTube)</p>

A man who went missing in Indonesia earlier this week was near his own garden — inside the stomach of a 20-foot long snake.

The Straits Times —an English-speaking newspaper in Singapore — reports that Akbar Salubiro was last seen on Sunday morning when he went off to harvest palm oil. After he didn’t return home that evening, a search party was formed.

Jon Gosselin to begin male stripping career
Fake Target employee gets away with $40,000 in stolen iPhones

On Monday, those searching for Akbar found the giant snake lying dead just feet from Akbar’s house. According to the Times, Akbar’s boots were clearly visible in the snake’s stomach. Villagers used a knife to cut open the snake and remove the corpse.

Village secretary Salubiro Junaidi told Tribun Timur, a local media outlet, that cries for help could be heard from the palm grove at about 1 p.m. on Sunday afternoon.

It's assumed the python choked Akbar to death, and the python then choked while attempting to swallow Akbar. It's common for pythons to choke on large animals they attempt to eat.