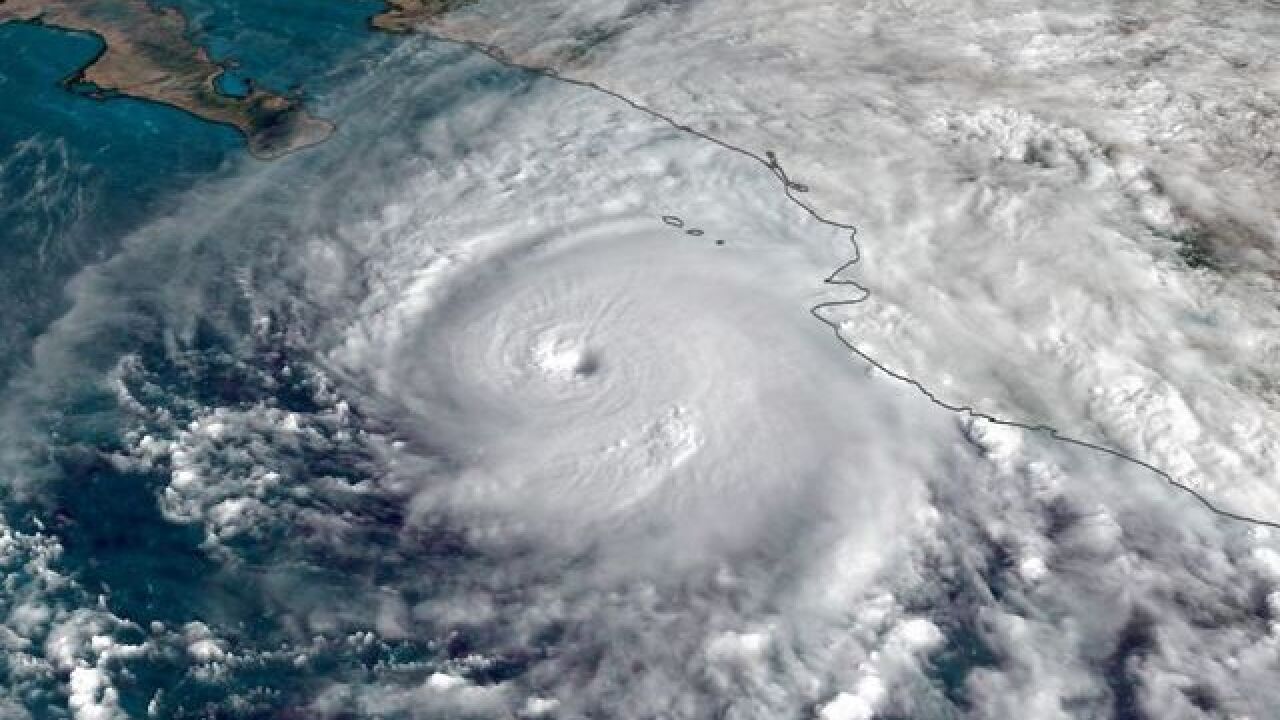 Mexico is bracing for what's expected to be one of the strongest storms ever to hit its Pacific coast.

Hurricane Willa is aimed at the coast's center, where it is forecast to hit Tuesday afternoon or evening. Tuesday morning, the storm was hurling maximum sustained winds of 130 mph and threatening to bring life-threatening storm surge and torrents of rain ashore,according to the National Hurricane Center.

The storm weakened slightly to a Category 4 hurricane on Monday, with winds dropping further early Tuesday. Willa formed Saturday and went from tropical storm to Category 5 hurricane in just two days -- the pinnacle of what the hurricane center called "explosive" strengthening. Over the 24 hours from Sunday morning to Monday morning, Willa swelled by 80 mph.

The whirlwind growth was only slightly marred by Monday's slowdown. "Willa is an extremely dangerous category 4 hurricane on the Saffir-Simpson Hurricane Wind Scale. While gradual weakening is forecast today (Tuesday), Willa is expected to be a dangerous major hurricane when it reaches the coast of Mexico," the National Hurricane Center said.

Storm surge accompanied by "large and destructive waves" are forecast along portions of Mexico's central and southwestern coast. Rainfall ranging from 6 to 12 inches could spawn life-threatening landslides and flash flooding in portions of the Mexican states of Jalisco, Nayarit and Sinaloa.

Willa has been a danger for forecasters as well. An aircraft with the Air Force Reserve Hurricane Hunters was forced to turn around Monday over concerns for its onboard equipment after getting blasted by a bolt of lightning from one of Willa's outer rain bands, according to the National Hurricane Center.

In a tweet Monday, Mexican President Enrique Peña Nieto said he has asked the National System of Civil Protection to take all steps necessary to protect those in Hurricane Willa's path, as well as those impacted by Tropical Storm Vicente, a weaker system tracking south of Willa that's also primed to make landfall Tuesday. Vicente is expected to be a tropical depression by the time it comes ashore, the National Hurricane Center said.

Airlines have started moving out of Willa's path. Southwest has canceled all of its flights at the International Airport in Puerto Vallarta, a resort city in Mexico's Jalisco state. American Airlines has canceled its flights in the city of Mazatlan about 275 miles north of that.

Willa is on track to be one of the strongest hurricanes to ever hit the Pacific coast of Mexico, and its landfall will come three years to the day after the strongest, Category 5 Hurricane Patricia, made landfall in Jalisco.

The back-to-back systems of Willa and Vicente have helped make the 2018 hurricane season in the northeast Pacific one for the record books.

The season is now the most active hurricane season on record using a measurement called "Accumulated Cyclone Energy," which combines the number of storms and their intensity through their lifetimes to give an overall measurement of tropical activity in a given region.

Increasing numbers of major hurricanes, along with a greater propensity of storms to undergo "rapid intensification" are expected consequences of warmer ocean waters resulting from climate change. The ocean waters off the western coast of Mexico are running 1-2 degrees Fahrenheit above average for late October.