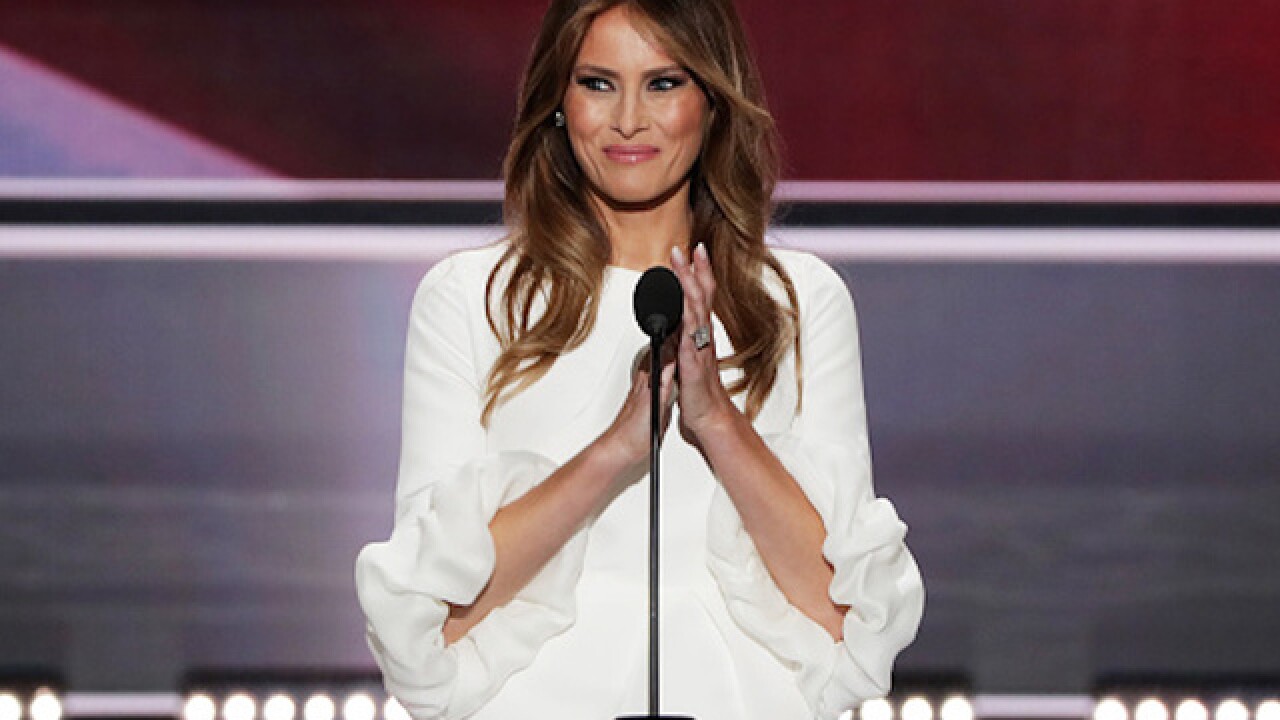 Alex Wong
<p>CLEVELAND, OH - JULY 18: Melania Trump, wife of Presumptive Republican presidential nominee Donald Trump, delivers a speech on the first day of the Republican National Convention on July 18, 2016 at the Quicken Loans Arena in Cleveland, Ohio. An estimated 50,000 people are expected in Cleveland, including hundreds of protesters and members of the media. The four-day Republican National Convention kicks off on July 18. (Photo by Alex Wong/Getty Images)</p>

Politicians almost always have a way with words.

But those who have their way with other people's words sometimes don't survive the backlash (Vice President Joe Biden being a notable exception).

In light of allegations that Melania Trump's convention speech on Monday lifted lines from Michelle Obama's address eight years ago, here's a look at past acts of word pilfering in politics:

— Now vice president, then Delaware senator, Joe Biden was forced to drop out of the 1988 presidential race in September 1987, calling it quits after a short-lived campaign plagued with charges he had plagiarized in law school, exaggerated his academic credentials and plagiarized portions of speeches including some from Robert F. Kennedy and British politician Neil Kinnock. At the time, Biden said he had quoted from Kinnock in earlier speeches and called the failure to attribute an oversight.

President Barack Obama borrowed lines from his friend, Massachusetts Gov. Deval Patrick, in the 2008 campaign. Obama said at the time he didn't see it as a big deal, but he probably should have given him credit. But Hillary Clinton, who was challenging him for the Democratic nomination, ridiculed Obama in a debate, calling him a candidate of "change you can Xerox." Patrick chided Clinton for the plagiarism accusations, calling it trivial.

In January 2015, Republican presidential prospect Ben Carson apologized for not correctly citing passages of his 2012 book "America the Beautiful" that were lifted from online articles and websites. Carson said he attempted to cite everything but he "missed a couple."

Kentucky Sen. Rand Paul began enforcing new rules for his staffers and researchers in the face of accusations that he plagiarized material from several sources for speeches, a newspaper column and his book. Paul made the move to stem the fallout from the accusations that caused the Washington Times to cancel his column. Paul initially tried to downplay the revelations that he used material from Wikipedia without attribution to describe the plot of a sci-fi movie during a speech.

Montana Sen. John Walsh ended his run for a full Senate term in 2014 after it was revealed he plagiarized other sources for a college research paper he wrote for a master of strategic studies degree at U.S. Army War College in 2007. Not only did the plagiarism scandal end his political career, his master's degree was revoked and his name was grinded off a plaque listing graduates of the college. Walsh apologized for the plagiarism.

In October 2011, Massachusetts Sen. Scott Brown blamed his staff for passages about his upbringing on his official Senate website that were lifted word-for-word from a 2002 speech by former senator and presidential candidate Elizabeth Dole. A spokesman for Brown, a Republican, said excerpts of the speech were on Dole's website, which aides used as a template for his, and that the passages were transferred inadvertently without being rewritten.

A scholar at Washington's Brookings Institution said in 2006 that portions of a research paper written by Vladimir Putin in 1997 appeared to be copied verbatim from a book written by two American professors. Putin wrote the paper three years before becoming Russia's president. A Kremlin spokesman in 2006 called it an "absurd" accusation and refused to comment. Putin wrote the thesis to secure the equivalent of a master's degree in business administration at the St. Petersburg Mining Institute.

In 2011, Ukrainian President Viktor Yanukovych, whose advisers included Trump's campaign manager Paul Manafort, was accused of plagiarizing entire passages in an English-language book on reforming his country. His top aide first dismissed the allegations of plagiarism as a "shameless" attempt to discredit the president and suggested that the situation was the other way around - that it was others that had borrowed Yanukovych's ideas from his earlier works. But the translator of the book said he unintentionally deleted most of the footnotes in the publication and apologized to the president. The scandal further bolstered Yanukovych's image as a deeply corrupt and unprincipled politician. He fled to Russia in 2014 after his government was toppled in bloody uprising over authoritarianism and corruption.

Hungarian President Pal Schmitt resigned in 2012 because of a plagiarism scandal regarding a doctoral dissertation he had written 20 years ago on the Olympics. Schmitt's 1992 doctorate from Semmelweis University was revoked after a university committee found that most of his thesis about the modern Olympic Games had been copied from two other authors. He was the first Hungarian president to resign since the end of Communism in 1990.