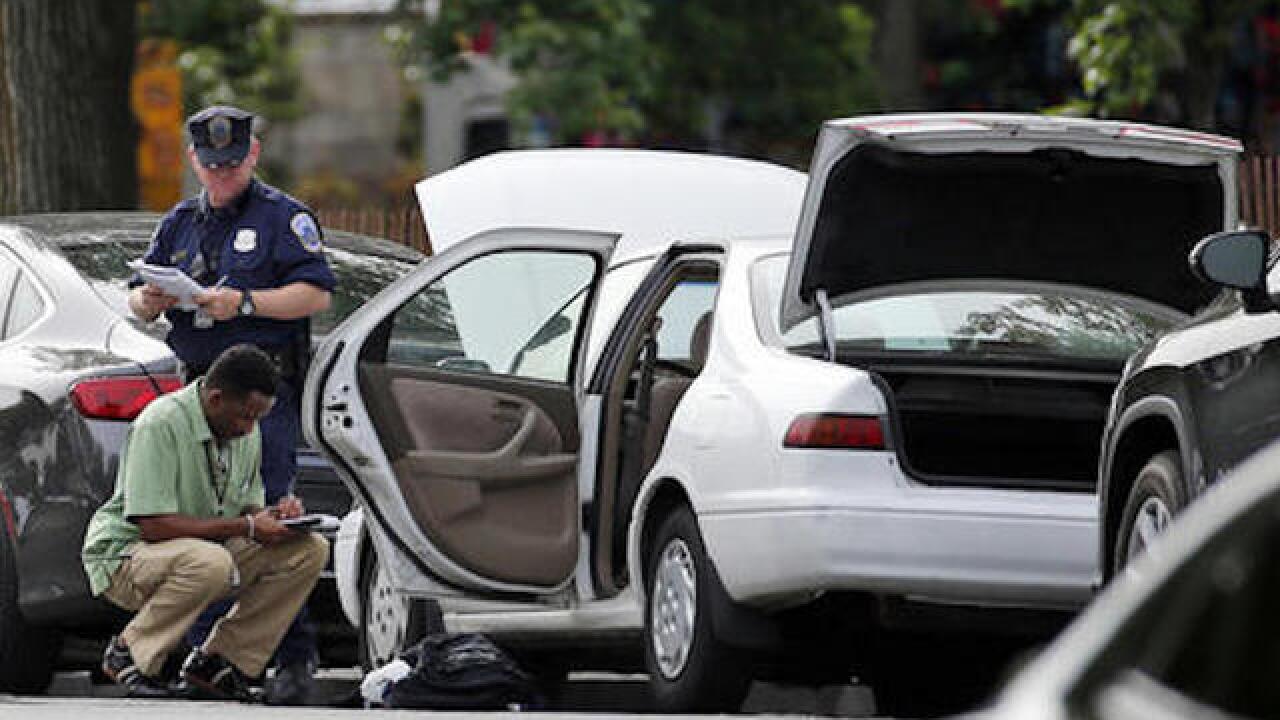 Alex Brandon
<p>The perpetrators vehicle, according to police sources, is examined by investigators on Constitution Street, Friday, May 20, 2016 in Washington. (AP Photo/Alex Brandon)</p>

WASHINGTON (AP) — A gunman shot by a U.S. Secret Service officer outside the White House remained in critical condition in a Washington hospital Saturday, one day after the shooting, a hospital spokeswoman said.

George Washington University Hospital spokeswoman Susan Griffiths would provide only his condition. She referred other questions to the Secret Service, but a spokesman for that agency, Robert Hoback, declined to discuss the case, citing the continuing investigation.

On Friday, a U.S. law enforcement official said that authorities identified the gunman as Jesse Oliveri of Ashland, Pennsylvania, about 80 miles northwest of Philadelphia. The official spoke on condition of anonymity because the official was not authorized to release the information.

Secret Service Deputy Assistant Director David Iacovetti said Friday that one of the agency's officers shot the man once after he approached a checkpoint at about 3 p.m. and refused repeated commands to drop his weapon.

Iacovetti said the gunman never made it inside the White House complex, and no one else was injured.

The Metropolitan Police Department, the Secret Service, Park Police and the FBI said in a joint statement Friday night that there was "no known nexus to terrorism."

Cathy Hadesty, who lives across the street in the wooded area, said police closed a section of the road near the house Friday night but reopened it by Saturday.

Hadesty said she never met Oliveri and only knows the family "just to say, 'Hi,' when we're going down the driveway."

Court records show that Oliveri, 31, had just one recorded run-in with police in Schuylkill County, Pennsylvania, resulting in a 2004 guilty plea to careless driving.