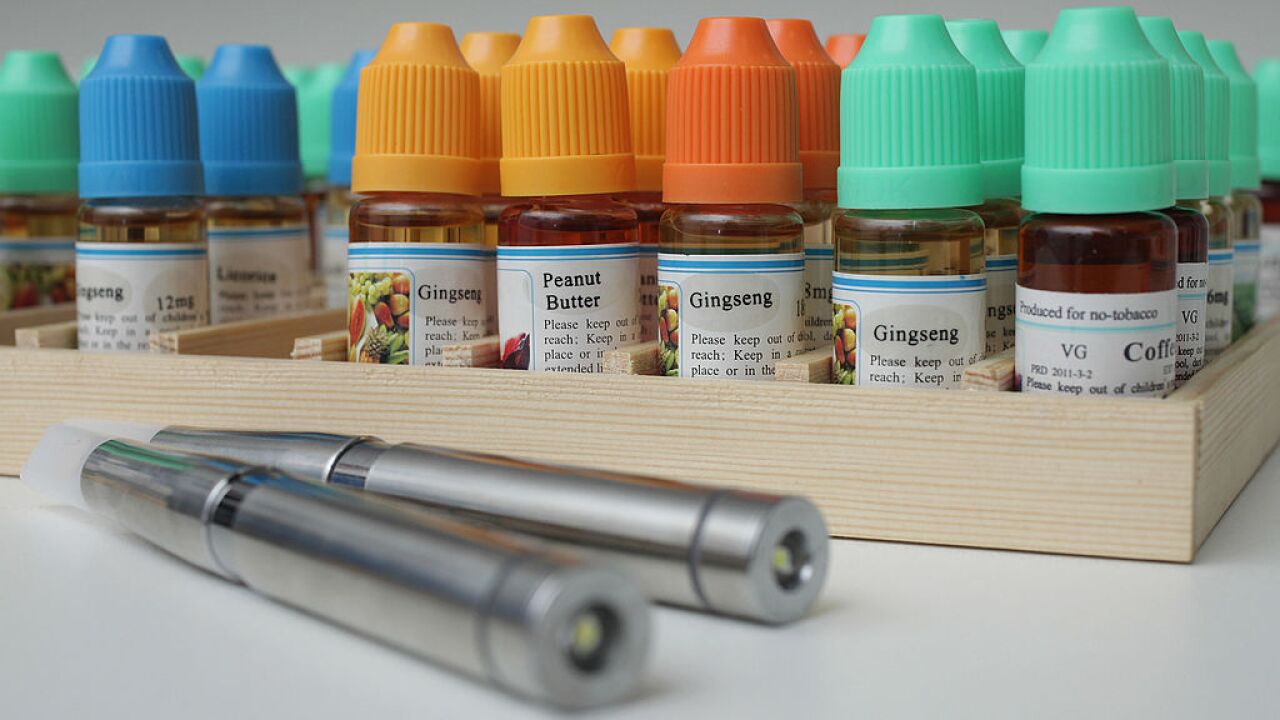 The American Lung Association said on Wednesday that it is advocating to the FDA to take action to reduce what it calls "false" claims that e-cigarettes are a safe alternative to smoking tobacco.

"One of the biggest problems with e-cigarettes is that many people have switched to e-cigarettes believing it will help them quit tobacco products, which it doesn't," says Albert A Rizzo, M.D., American Lung Association Chief Medical Officer. "Many of them become dual users, meaning they smoke cigarettes when they can and use vaping devices at other times."

Rizzo said that e-cigarettes are having a negative effect on reducing smoking rates by introducing young people to smoking who might be attracted to the products due to the flavors.

"E-cigarettes have not been found to be safe and effective in helping smokers quit," Dr. Rizzo said. "They were designed to appeal to people who wanted to use something beside a cigarette, or in addition to a cigarette. Instead of helping smokers quit, e-cigarettes have rapidly created another generation addicted to tobacco products by marketing products that appeal to kids, including flavored products like gummy bear, unicorn blood and bubble gum – even apple juice."