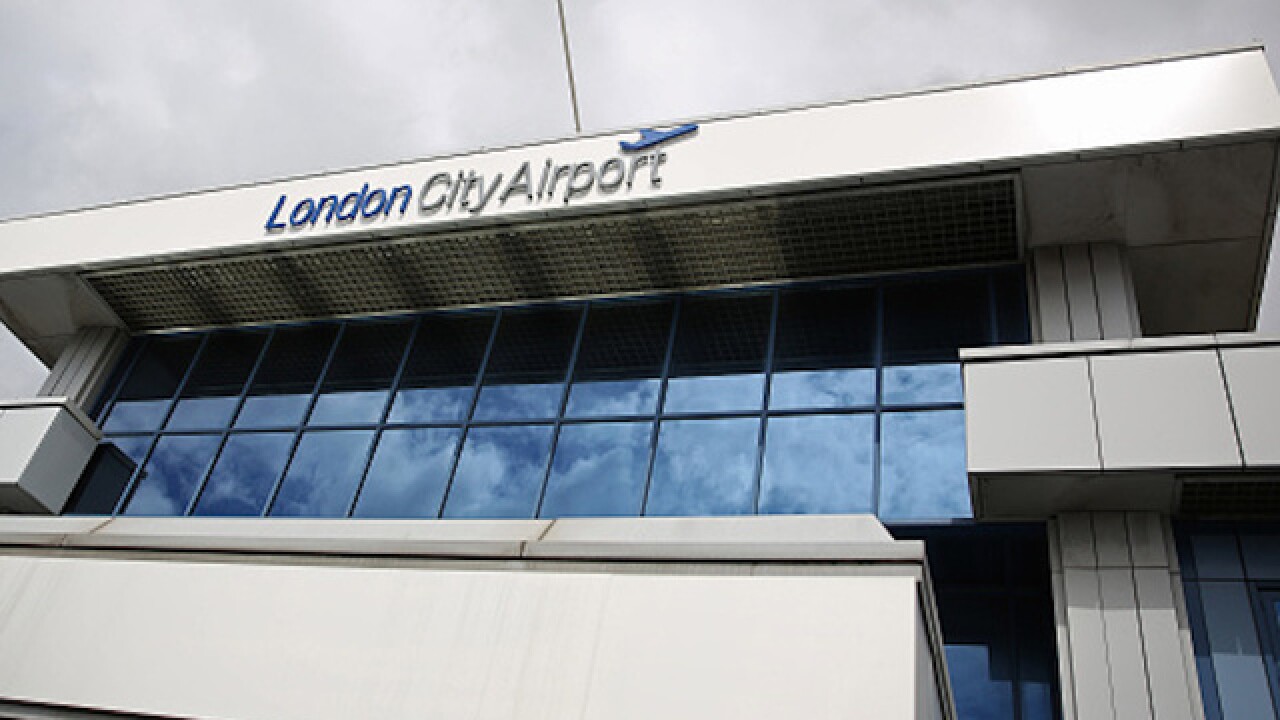 After a three-hour investigation by police and firefighters in protective clothing, the terminal was declared safe. The cause of the incident remained unclear.

"No elevated readings were found and the building was ventilated, searched and declared safe," the London Fire Brigade said in a statement.

Police and the fire brigade said they were called just after 4 p.m. (1500GMT) Friday to reports of passengers at the airport feeling unwell.

With a fire alarm sounding, some 500 travelers and staff were evacuated to a parking lot and the tarmac near the airport runway.

Kat Devine, who was stranded in the airport parking lot, said staff came and asked if anyone was coughing from chemical inhalation.

"Everything was fairly casual to start with, but people cottoned on quite quickly that it wasn't a fire alarm," said Devine, 33.

The London Ambulance Service said four ambulance crews and its hazardous area response team were at the scene. It said crews treated 27 patients at the airport for "minor breathing difficulties." Two of them were taken to hospitals.

Departing flights were suspended for several hours, and a number of incoming flights from destinations including Frankfurt, Amsterdam, Belfast and Paris diverted to other airports.

The airport reopened Friday evening, but said disruption to flights would continue into the night.

City Airport, in east London's docklands, is the smallest of the British capital's international airports. It offers mostly short-haul flights to British and European destinations.