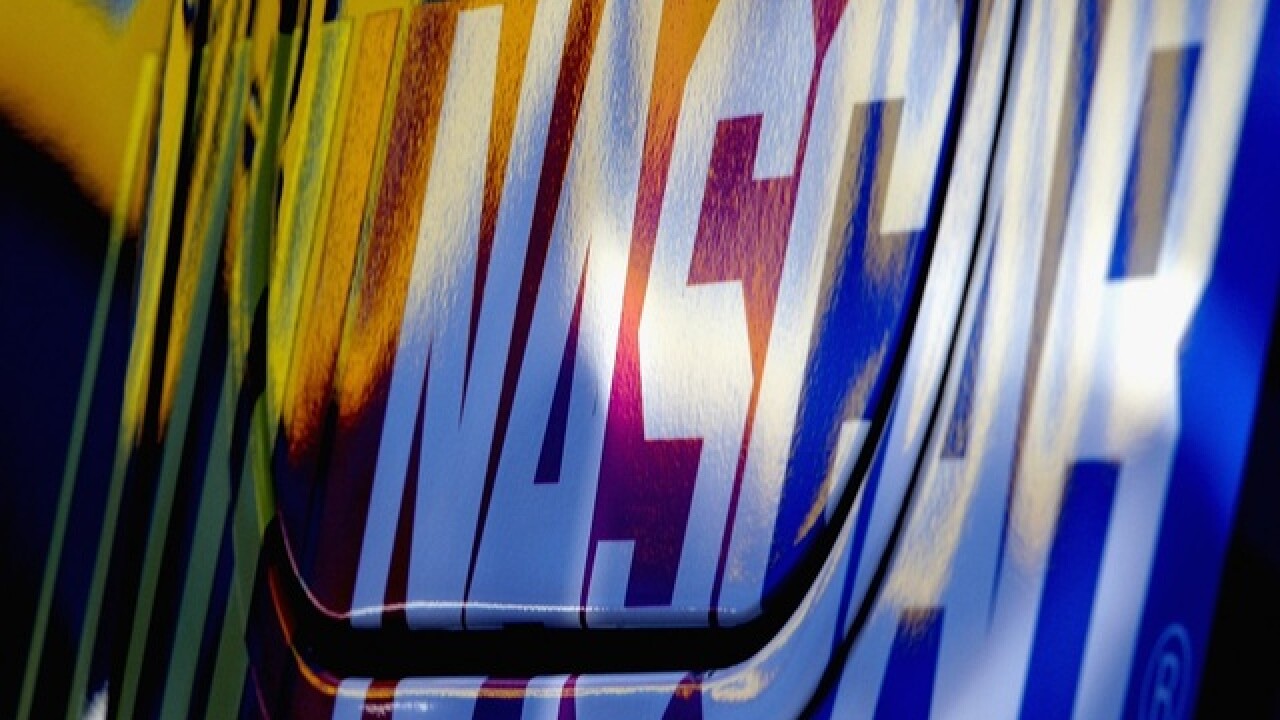 TALLADEGA, Ala. (AP) — Joey Logano grabbed a critical win to give Team Penske one car in the next round of NASCAR's playoffs. Denny Hamlin edged Austin Dillon for a final spot in the field on a tiebreaker Sunday at Talladega Superspeedway.
Logano wasn't in a must-win situation, but the victory gave him a guaranteed slot on a day when the Chase for the Sprint Cup championship field was cut from 12 to eight drivers.
But engine troubles for Martin Truex Jr. and Brad Keselowski counted for two of the eliminations, and the race ultimately came down to a late battle for the final transfer spot between Hamlin and Dillon.
Hamlin finished third and Dillon was ninth. They ended the round tied in points, but the eighth and final slot went to Hamlin on a tiebreaker.
Also eliminated Sunday was Chase Elliott. Advancing are: Jimmie Johnson, Kevin Harvick, Matt Kenseth, Kyle Busch, Kurt Busch, Carl Edwards, Logano and Hamlin.
The race was stark difference from the spring stop in Alabama, when 35 cars were involved in at least one accident and two cars went airborne . And last year, it appeared that Kevin Harvick intentionally caused an accident on an overtime restart to help his championship chances.
But for mile after mile on Sunday, the drivers behaved.
The only glitches came in a harried sequence early in the race in which three championship contenders had uncharacteristic gaffes within minutes of each other. First Logano left pit road with a jack wedged under his Ford, and he had to return to pit road to have it removed. Then Hamlin was flagged for speeding, then Truex lost an engine .
Keselowski's engine went with 43 laps remaining after he'd battled climbing temperatures on his car.
Keselowski was dominant for a huge chunk of the race, even as he battled climbing temperatures on his Ford. Then, with 43 laps remaining, his engine blew and Keselowski was sent to the garage.
TREUX MAKES EARLY EXIT: His engine failure ended his title chances — one round after he'd moved to the top of the list of favorites.
Truex won a pair of races in the opening round of the Chase, and was above the elimination line Sunday and only needed a decent day to advance into the third round. He appeared to be in good shape after winning the pole — overcoming a qualifying day distraction when his team had trouble in inspection — but the engine blowing on his Toyota sent him to a last-place finish.
"We had a team capable of competing for the championship, and unfortunately we're not going to be able to show that," he said.
KESELOWSKI ELIMINATED: Faced with a must-win situation at Talladega two years ago, Keselowski stepped up and grabbed a monumental victory.
He was certain he could do the same on Sunday and after leading 90 laps, Keselowski was definitely in play for the win.
When his engine failed, his championship chances were done .
"A lot of fun to be leading at Talladega," he said. "We were doing the best we could to have some fun and lead some laps."
Copyright 2016 The Associated Press. All rights reserved. This material may not be published, broadcast, rewritten or redistributed.