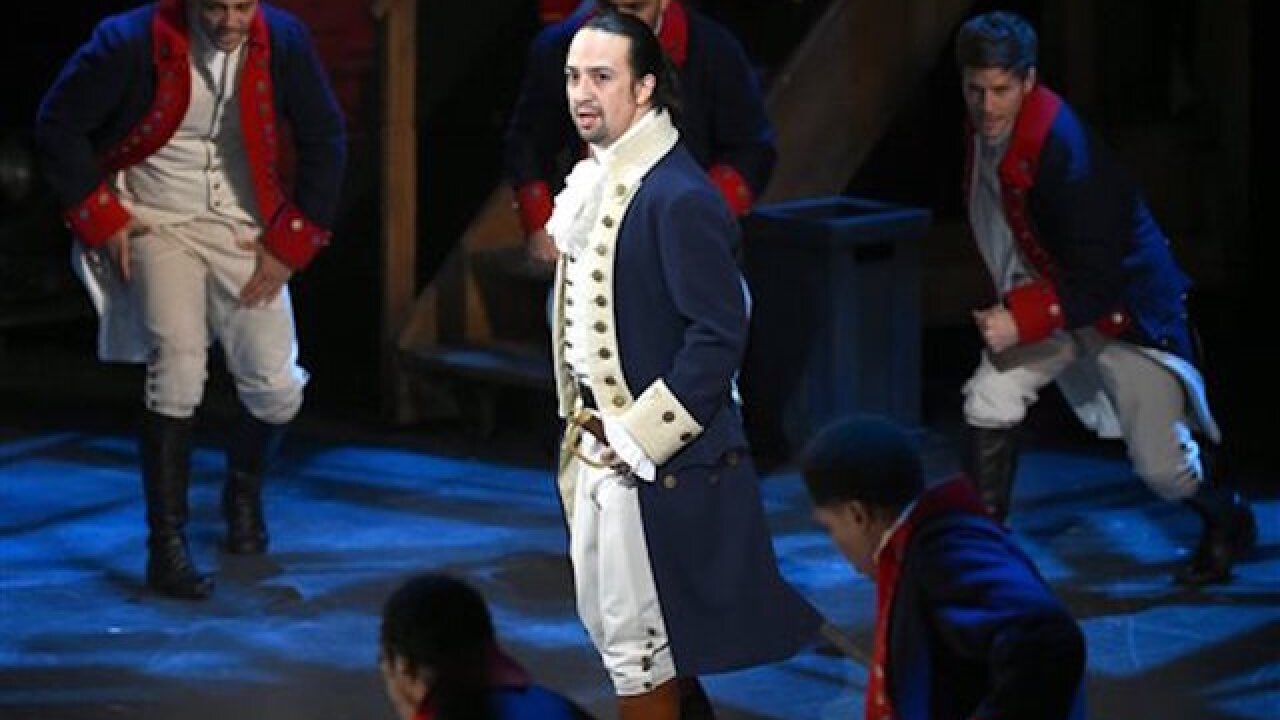 NEW YORK (AP) — The news that no die-hard "Hamilton" fan — or anyone who hasn't seen the Broadway smash yet — wants to hear has arrived: Lin-Manuel Miranda, its creator and star, is leaving the show.

Miranda, who has been in the show since it made its debut off-Broadway in early 2015, said Thursday he will leave the show on July 9. Javier Munoz, the current understudy for Miranda, will take over.

Miranda has already lined up plenty of work after he leaves. He has a lead role opposite Emily Blunt in a film sequel of "Mary Poppins" and will help turn his musical "In the Heights" into a movie. He has written music for "Star Wars: The Force Awakens" and the upcoming animated feature "Moana."

"Hamilton" burst through the Broadway bubble like few shows. It has been praised by politicians and rap stars, influenced the debate over the nation's currency and become a cultural phenomenon.

On Sunday, it won 11 Tony Awards, including best new musical, best book and best score. That capped a stunning year for "Hamilton" that includes Miranda winning the 2016 Pulitzer Prize for drama, a Grammy, the Edward M. Kennedy Prize for Drama Inspired by American History and a MacArthur Foundation "genius" grant. Miranda lost the best-actor Tony to his co-star Leslie Odom Jr., who plays Aaron Burr to his Alexander Hamilton.

Miranda, the New York City son of Puerto Rican parents, came across Alexander Hamilton biographer Ron Chernow's book and was inspired to write a musical. He debuted the first song at the White House.

His book and score for "Hamilton" has sly references to Gilbert and Sullivan, Notorious B.I.G., LL Cool J and Rodgers and Hammerstein. Miranda already has a Tony for creating "In the Heights" and is part of a crew that freestyle raps.