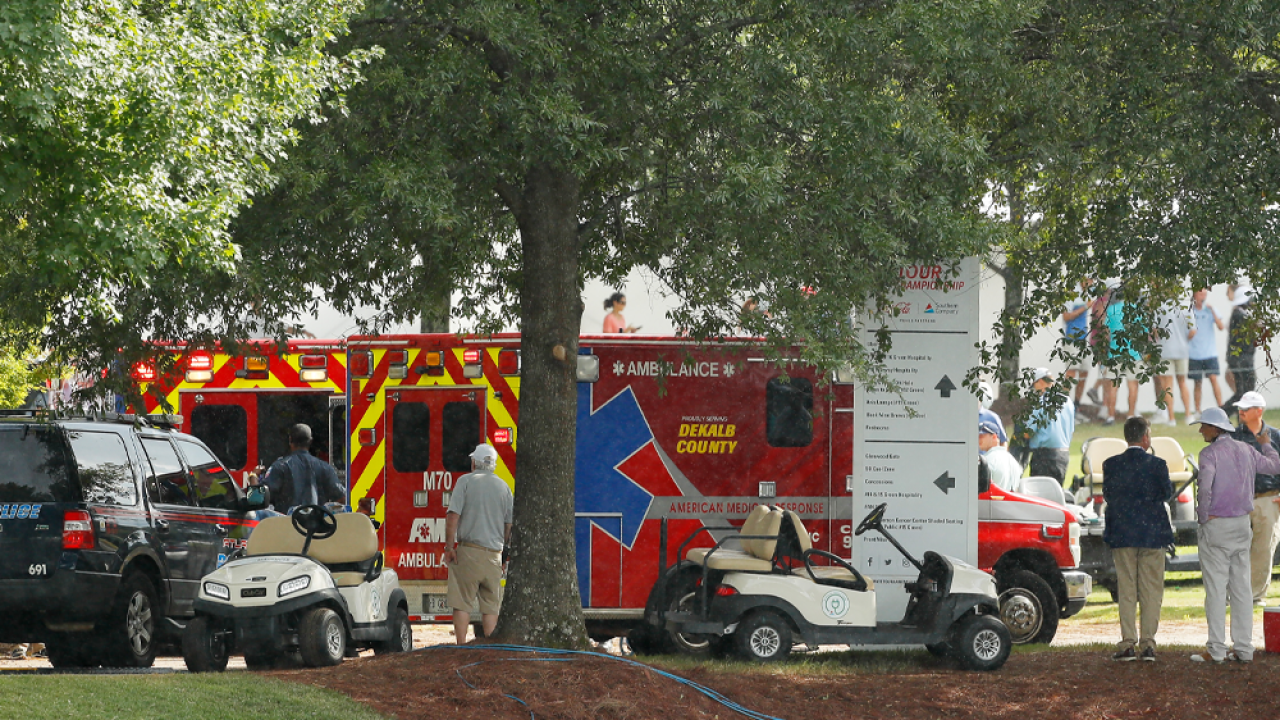 ATLANTA, Ga. — At least six people are injured after two lightning strikes hit at the East Lake Golf Club in Atlanta during the PGA Tour Championship, according to PGA Tour officials.

The championship was suspended around 4:17 p.m. on Saturday due to inclement weather. Around 4:45 p.m., two lightning strikes hit.

One struck tree and debris from that strike injured four people, according to a statement from the PGA Tour.

The championship has been suspended for the day and is set to resume on Sunday at 8 a.m.

"The safety of our fans, players and partners is of the utmost importance," PGA officials say.

There were six fans injured on site during a lightning strike. Our latest report is that their injuries do not appear to be life-threatening. Play is suspended for the day, and will resume Sunday at 8 a.m. ET. https://t.co/Nh5R7q9tuC