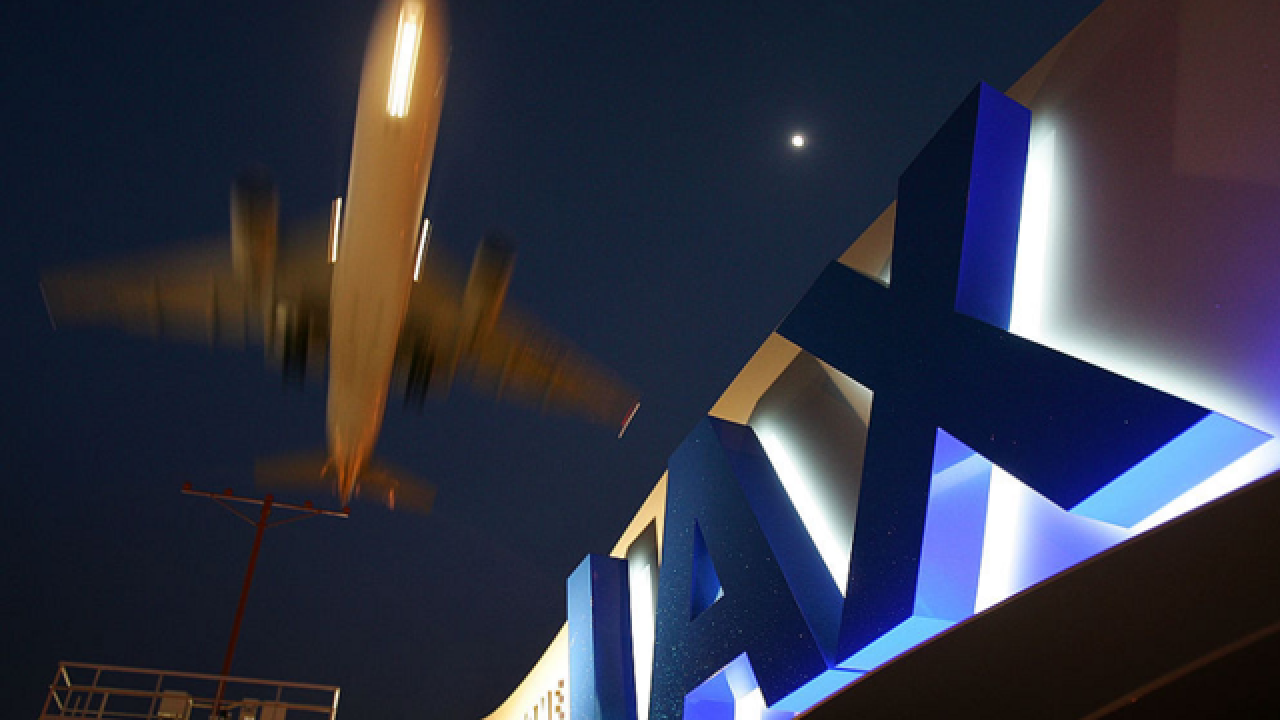 LOS ANGELES (AP) — A terminal at Los Angeles International Airport was temporarily evacuated and some flights were delayed after a traffic stop caused a security breach Sunday.
Some travelers became concerned when officers asked them to move inside Terminal 3 as they conducted a felony traffic stop outside morning, airport police Officer Rob Pedregon said.
He said some people passed a security area without being screened and that about 15 people left out an emergency exit and onto the tarmac. Police quickly moved those people back into the airport, and the terminal was evacuated as a precaution, Pedregon said.
All passengers were rescreened and operations were returning back to normal a few hours after the confusion. An unknown number of flights were delayed.
Police arrested three people they had pulled over on suspicion of car theft.
Los Angeles Mayor Eric Garcetti said in a statement that recent events around the world "have caused travelers everywhere to have a heightened level of concern for their safety."
"The millions of people whose journeys begin, end, or pass through LAX should know that it has the finest, most prepared airport police force and federal security personnel in the nation — and that their safety and protection will always be our number-one priority," he said.
The evacuation came a week after 911 calls falsely reporting gunshots at LAX sent panicked travelers running onto streets and the tarmac. A search uncovered no evidence of a gunman or shots fired. Officials said loud noises spurred the 911 calls, and police were still investigating their source.
Copyright 2016 The Associated Press. All rights reserved. This material may not be published, broadcast, rewritten or redistributed.