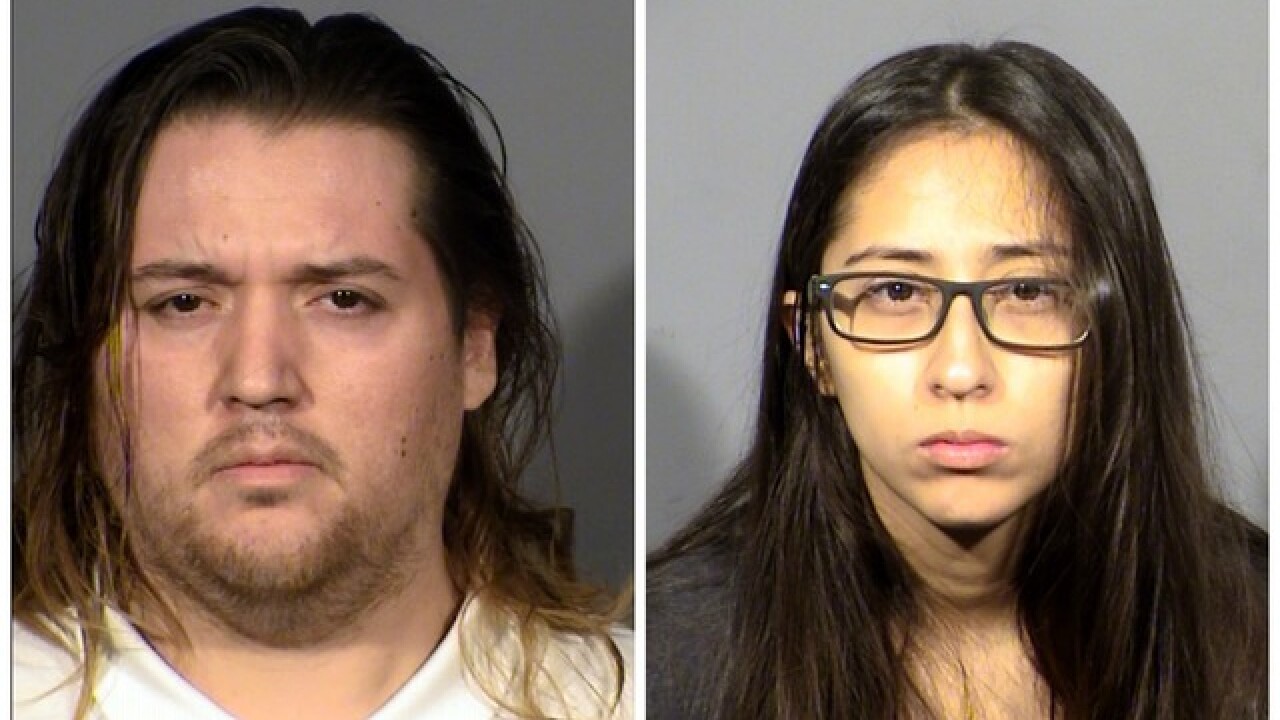 Copyright 2018 Scripps Media, Inc. All rights reserved. This material may not be published, broadcast, rewritten, or redistributed.
<p>Anthony Oceja and Loreana Martinez were arrested after their malnourished baby died in February. <a href="https://www.ktnv.com/news/crime/parents-arrested-after-malnourished-baby-dies" target="_blank">READ MORE</a>.</p>

A father and mother in Las Vegas were arrested on Feb. 28 on charges including murder, child abuse/neglect, and animal cruelty.

Police were called to the couple's apartment on Feb. 25 after getting reports about possible abuse or neglect. Medical workers told police dispatchers that they were transporting a 5-month-old child to the hospital and the baby appeared to be malnourished.

The baby died after being taken to the hospital.

Oceja and Martinez also had two other children who were taken into protective custody and are being evaluated by medical personnel for potential health concerns.

There were also three dogs in the residence that appeared to be severely malnourished. They were turned over to Clark County Animal Control. The LVMPD Animal Cruelty Unit will conduct a follow-up investigation.