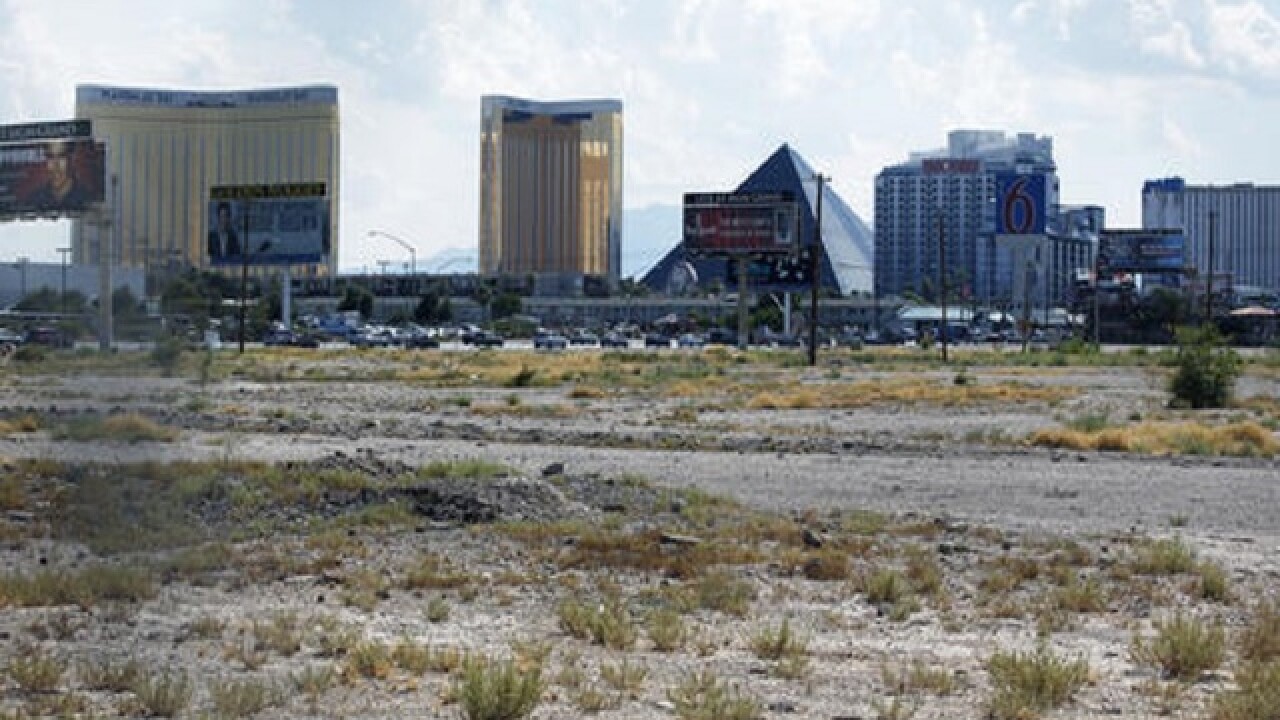 By: Associated Press
Posted at 8:28 PM, Oct 10, 2016
CARSON CITY, Nev. (AP) — Heavy hitters in Nevada's casino industry are going to bat for a project backed by one of their competitors, saying a proposed NFL stadium and a convention center expansion in Las Vegas are game-changing opportunities that Nevada lawmakers shouldn't pass up.
Steve Wynn of Wynn Resorts, MGM Resorts International CEO Jim Murren and Caesars Entertainment Executive Vice President Jan Jones Blackhurst gave speeches Monday to Nevada lawmakers who are meeting in a special session to vet public financing for a stadium that's backed by Las Vegas Sands casino mogul Sheldon Adelson and could house the Raiders.
"This is absolute dead-bang, winning opportunity, and I hope you will find it in your wisdom to approve it shortly," Wynn told lawmakers, saying professional sports would be a cornerstone to the stability of Nevada tourism. "I personally believe that if we lose this opportunity, it will be one of the most heartbreaking mistakes we've ever made."
Blackhurst, the former mayor of Las Vegas, said the projects will take the tourism mecca to the next level.
"We've been offered a gift here," she said. "We've been offered a gift that takes us from 45 million visitors, to 55, to 65 million visitors."
Murren fought back against the idea that his company, the largest employer in the state and a major player in the convention industry, would be threatened by the improvements.
"You might come to the conclusion that MGM would be opposed to both of the projects before you. In fact, the exact opposite is true," he said. "We know the entire community benefits when our convention center is full."
The testimonials are likely to add credibility and political cover to the stadium proposal, which critics call a handout to a billionaire. Adelson, one of the richest men in the world, wants to put $650 million of his own money toward a $1.9 billion venue and is asking for $750 million in public hotel tax revenue.
Lawmakers have been vetting the particulars of the arrangement, which some outside economists say is a bad deal based on overly optimistic predictions about how many new events and tourists the proposed domed stadium would attract.
Steve Hill of the Nevada Governor's Office of Economic Development said the projections passed scrutiny from Las Vegas casino executives, who are more familiar with the city's tourism landscape than outside economists and are some of the business world's brightest minds.
Two-thirds of each Republican-controlled chamber of the legislature must approve any tax increase. The proposed deal would increase the hotel tax on the Las Vegas Strip by 0.88 percentage points for the stadium and 0.5 percentage points for the convention center. Tourists pay a 12 percent hotel room tax. They would pay about $1.50 more per night on the average nightly Strip hotel bill if both proposals pass.
NFL owners would have to vote by a three-fourths majority to allow the Raiders to move from Oakland to Las Vegas. NFL Commissioner Roger Goodell has said he prefers to keep the team in the Bay Area, while the team's owner, Mark Davis, said he's serious about moving the team.
Copyright 2016 The Associated Press. All rights reserved. This material may not be published, broadcast, rewritten or redistributed.