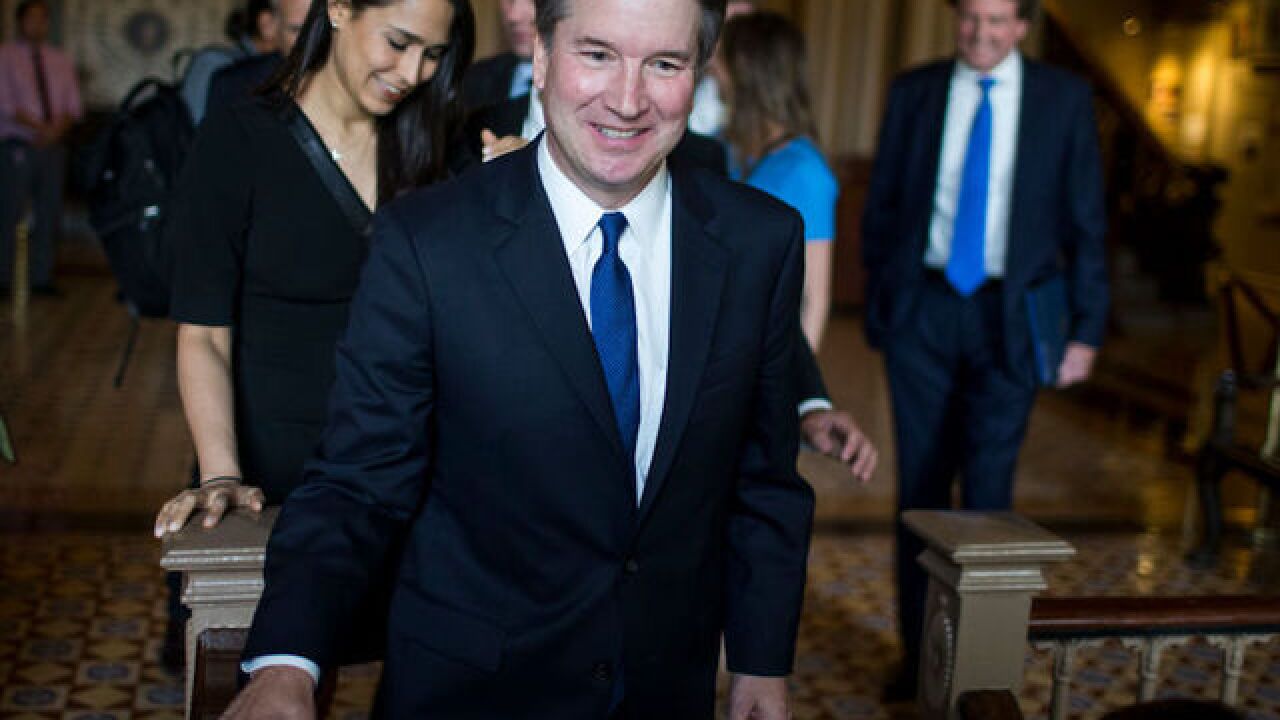 As Kavanaugh deflected questions on Roe v. Wade, which legalized abortion rights, Harris asked: "Can you think of any laws that give government the power to make decisions about the male body?"

"I'm not thinking of any right now, senator," Kavanaugh responded.

Harris, a former California attorney general, was the last Democrat to ask questions in Wednesday's marathon hearing. But she broke new ground on some issues -- and prodded Kavanaugh on Trump's politics, too.

She pointed to Kavanaugh's claim, after being nominated for the Supreme Court, that no one had run a vetting process "more wisely" than Trump.

"Did someone tell you to say that?" Harris asked. Kavanaugh said the words were his own.

After questions about laws protecting minorities' voting rights, she also pressed Kavanaugh on whether he agrees with Trump's claim that "both sides" were to blame for the violence in Charlottesville last year.

"Are you saying you cannot answer that simple question?" Harris said.