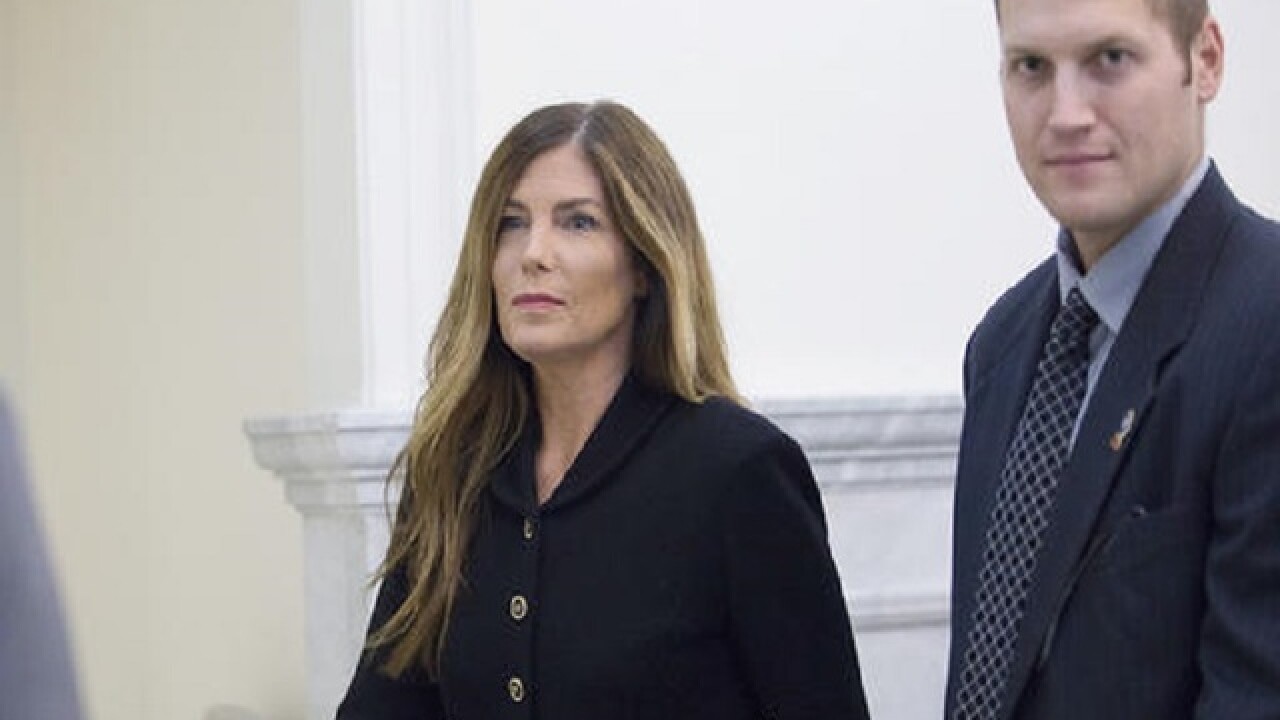 NORRISTOWN, Pa. (AP) — Pennsylvania's attorney general showed little emotion Monday night as she was convicted of leaking grand jury secrets and lying about it under oath.
In calling her a flight risk, the judge ordered Kathleen Kane, 50, to surrender her passport and threatened to jail her if she retaliated against the once-trusted aides who testified against her.
"The court is concerned, especially with respect to her potential to flee, particularly with her going to Haiti (in 2014) in the middle of her office's tumult, and leaving no one watching the store," Judge Wendy Demchick-Alloy told Kane's lawyers.
Kane's political consultant, testifying with a grant of immunity, changed his grand jury testimony last week to tell jurors that he had "conspired" with Kane to leak the grand jury material and then frame her chief deputy for the crime.
Kane, a first-term Democrat who had never held elected office, enjoyed a brief honeymoon period in 2013 before her agency descended into chaos as she feuded with officials inside and outside of the department.
When she suspected a former office prosecutor had leaked a critical news article about her shutting down a statehouse probe, she decided to leak word that he had shut down an investigation into an NAACP official in 2009, the jury found.
The NAACP official, who was never charged, was smeared in the process, authorities said.
Kane had the material sent to a reporter through chief deputy Adrian King and political consultant Josh Morrow.
"Where is my story? I'm dying here," she texted Morrow as the Philadelphia Daily News reporter worked on the story, according to texts shown to the jury.
Defense lawyer Seth Farber, in closing arguments Monday, said Morrow and King would "say whatever they need to in order to protect themselves."
Text messages and phone records show frequent interactions among the three of them on key days in the prosecution's timeline: when the documents changed hands, when the Daily News article appeared and when a grand jury started to investigate the leak.
A top deputy told the jury he was alarmed by the contents of the June 2014 article. He testified Kane told him it was no big deal.
"Who would say that other than the person that is responsible for it?" Montgomery County District Attorney Kevin Steele asked.
Kane did not testify during the trial or call any defense witnesses.
"The conviction on all counts ... was a crushing blow, but we have not lost our resolve," said defense lawyer Gerald Shargel, who said he would appeal the judge's decision to exclude evidence about the offensive, mildly pornographic emails Kane found on state computers.
"We have been denied the opportunity to mount a full defense," Shargel said.
Perjury, the only felony charged, can bring up to seven years in prison. The misdemeanor charges include conspiracy, official oppression and false swearing.
Gov. Tom Kane, a fellow Democrat, renewed his previous calls for Kane to step down. She already has lost her law license over the charges. However, officials in Pennsylvania do not have to resign over misconduct until they are sentenced.
"What she did while she was the attorney general, the fact she would commit criminal acts while the top prosecutor, is a disgrace," assistant district attorney Michelle Henry said after the verdict.
Copyright 2016 The Associated Press. All rights reserved. This material may not be published, broadcast, rewritten or redistributed.