Joe Biden shows more aggressive side ahead of next debate 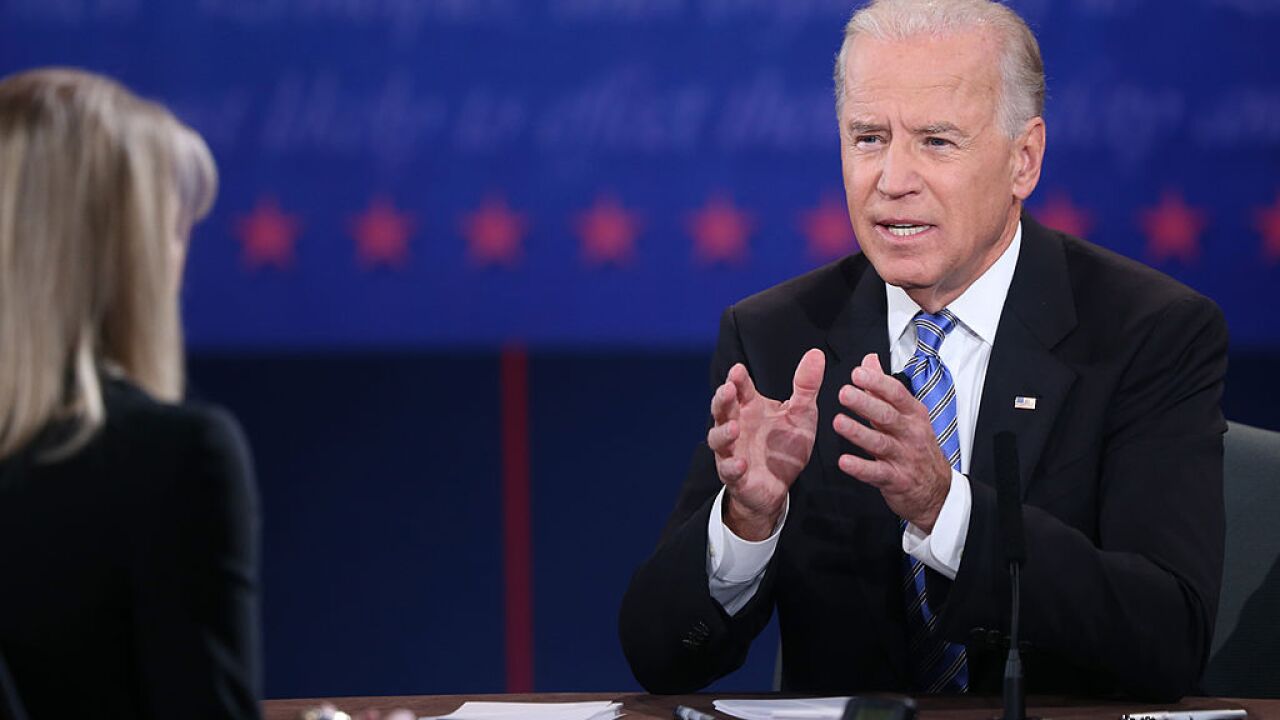 Days from the second Democratic presidential debate in Detroit, Biden has become more aggressive against his rivals on the campaign trail -- and a senior campaign official says Biden himself is the driver of his new approach.

Several advisers had encouraged Biden to be "more aggressive" earlier in the campaign, one adviser said. But after the debate -- which Biden rewatched afterward -- the former vice president told aides he felt he needed to fight back more.

In Biden's first months in the 2020 race, he attempted to stay out of the Democratic fray, keeping his focus on President Donald Trump. But his four decades in national politics gave other Democrats a lengthy record to attack -- a reality that has forced Biden to make adjustments.

"He isn't going to allow his record to be weaponized," the official said. "He isn't going to take hits from any of the candidates sitting down. He won't personally attack anyone, but he will be very clear about the contrasts between he and the other candidates in the race."

"He's spent his life in public service and isn't going to let others define that service for political purposes," another senior Biden campaign official said.

One official said Biden genuinely believes he was a little too polite in the last debate -- noting that he abided by the ground rules of the debate while other candidates did not.

Biden plans to huddle with top aides and advisers in the days leading up to the debates and will hold another round of mock debates.

Standing between his rivals

At least some of the criticism awaiting Biden on the debate stage is already clear: In recent days, Booker has repeatedly attacked Biden over his role in the passage of the 1994 crime bill, while, in the first debate, Harris eviscerated Biden over his opposition to federally mandated busing to desegregate schools.

Biden will be sandwiched between the two on stage in Detroit on Wednesday night, the second night of the two-night debate hosted by CNN.

As Booker has ramped up his criticism, the Biden camp felt the New Jersey senator had presented "multiple mischaracterizations" of the former vice president, a Biden aide said.

That has fueled the Biden campaign's willingness to attack Booker. Beyond Biden's own words, his aides have increasingly taken aim at Booker on social media. On Thursday morning, Biden's deputy campaign manager Kate Bedingfield cited Booker's recent comments about the importance of engaging and exciting black voters, tweeted, "We couldn't agree more!" and highlighted a poll that shows Biden vastly outperforming Booker among black voters.

Biden has also notably sharpened his thinly veiled attacks on Harris on the issue of health care since the last debate. The official said Biden decided weeks ago that he wanted to "draw a line in the sand on health care and a defense" of the Affordable Care Act.

"He has drawn stark contrasts between himself and the other candidates specifically on this issue," the official said. "Sen. Harris just doesn't seem to know where she stands exactly when it comes to health care."

Before the first debate, Biden campaign officials had already decided on a change in tone and strategy aimed at making the former vice president a bigger part of the everyday conversation in the Democratic primary -- and that shift was accelerated by what happened in the debate, a source close to Biden's campaign said.

"The mindset of the campaign changed that night," the source said.

Biden is also being aided by his research shop that's now had the benefit of three months of a campaign and has settled into its Philadelphia headquarters, the source said.

"He wants to be president," the source said. "He's not running for a lifetime achievement award or expecting this to be given to him. Anybody who thinks he's going to quietly go into the night -- this is a guy that's survived 40 some odd years of public life; he's not just going to roll over."

Biden's shift toward a more aggressive tone began about three weeks ago when, in a speech in Sumter, South Carolina, he fired back at Democratic critics of his record on racial issues.

"It's as if my opponents want you to believe I served from 1972 until 2008, and then took the next eight years off. They don't want to talk much about my time as vice president," he said.

Then, during a campaign swing through New Hampshire, he made pointed attacks on Medicare for All -- the single-payer health program proposed by Vermont Sen. Bernie Sanders and backed by Harris -- a feature in his stump speech.

He credited Sanders with being "honest" about the costs and ramifications of Medicare for All -- but said other candidates who back the proposal, including Harris, have "so far, not" been honest. Biden has continued that line of attack in recent days.

Harris has said she would implement Medicare for All without increasing middle-class taxes -- but has not explained how she would pay for it.

"I think we should have an honest debate," Biden told reporters Wednesday in Michigan. "Look, you can't go out and you can't run for president and beat Donald Trump without leveling with the American people about what you're going to do and how you're going to pay for it. I'm anxious for that debate."

Biden said Wednesday he "was probably overly polite in the way I did respond to an attack" in the first debate when Harris lambasted his record on busing.

In a pre-recorded interview with the Tom Joyner Morning Show that aired Thursday, Biden said of Harris: "I thought we were friends. I hope we still will be."