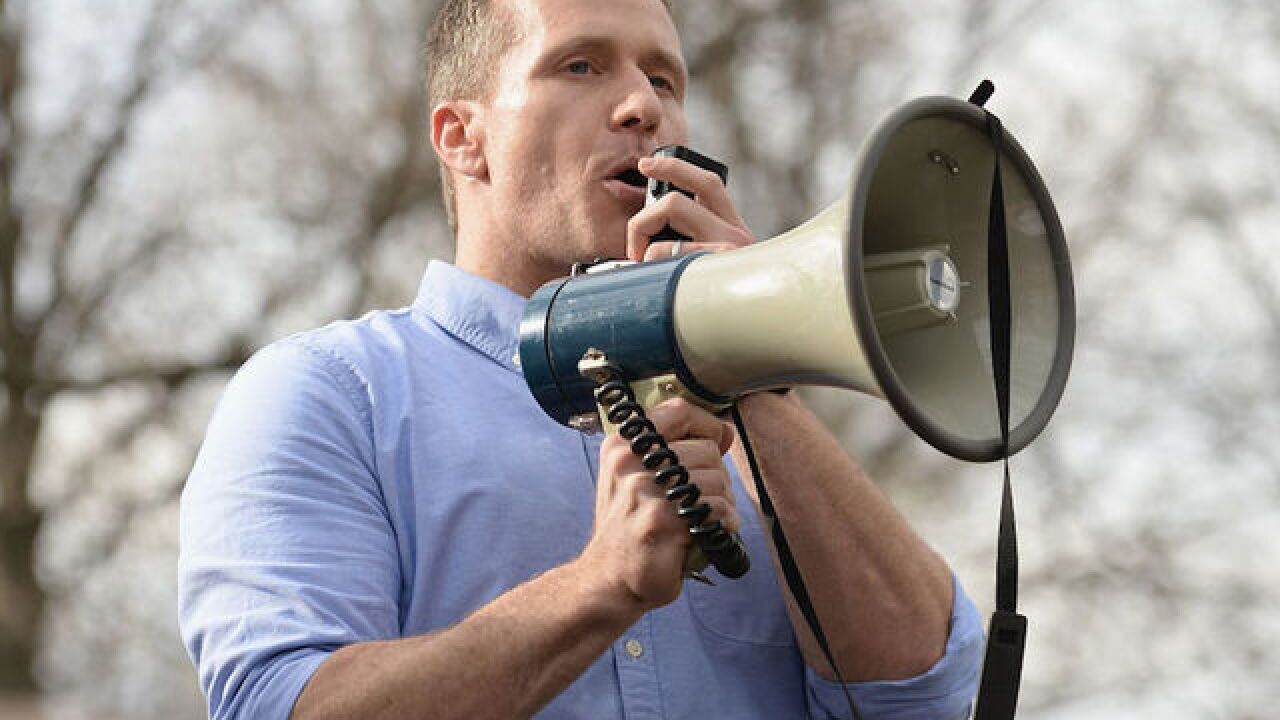 © 2018 Cable News Network, Inc.
Michael Thomas
<p>UNIVERSITY CITY, MO - FEBRUARY 22: Missouri Governor Eric Greitens addresses the crowd at Chesed Shel Emeth Cemetery on February 22, 2017 in University City, Missouri. Greitens and US Vice President Mike Pence were on hand to speak to over 300 volunteers who helped cleanup after the recent vandalism. Since the beginning of the year, there has been a nationwide spike in incidents including bomb threats at Jewish community centers and reports of anti-semitic graffiti. (Photo: Michael Thomas/ Getty Images)</p>

Missouri Gov. Eric Greitens, who was indicted on a felony charge last month, is showing no sign that he will back down in the face of the scandal, running a radio ad this weekend touting his conservative mission and saying he "won't stop until the mission is complete."

The ad, paid for by Greitens' campaign, does not explicitly address the controversy surrounding the Republican governor, but says liberals are "hell-bent on stopping his conservative reforms."

The governor's campaign has so far put $30,000 behind the spot, according to one source with knowledge of the buy. It is set to air Thursday through Tuesday, coinciding with the Easter holiday.

"Eric Greitens is on a conservative mission for Missouri," the ad concludes, "and he won't stop until the mission is complete."

Greitens was indicted in February on an invasion of privacy charge stemming from an extramarital affair he had in 2015. Greitens has admitted to the affair but denied breaking the law.

The indictment against Greitens alleges he photographed a person in "full or partial nudity" without the person's knowledge or consent."

Greitens then transmitted that image "in a manner that allowed access to that image via a computer," the indictment alleges.

Greitens, who has been accused of blackmailing the woman with whom he was having an affair, has denied the charge, saying in a statement in February, "As I have said before, I made a personal mistake before I was Governor. I did not commit a crime."

Democrats and some Republicans have called for his resignation and the Republican-led state House has opened an investigation into the charges against Greitens.