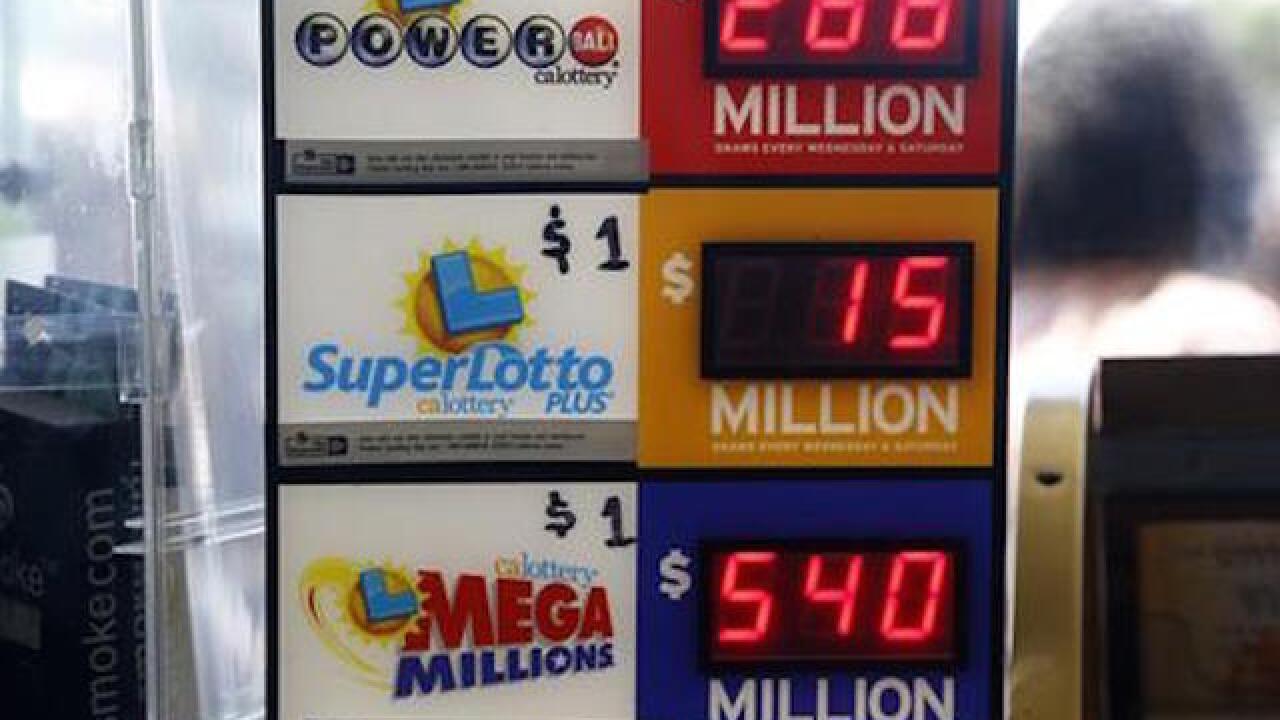 INDIANAPOLIS (AP) — Residents of a small Indiana town were abuzz with excitement Saturday after learning that the only winning ticket for a Mega Millions jackpot worth an estimated $540 million was sold at a local gas station.

Dennis Rosebrough, a Hoosier Lottery spokesman, said the winning ticket for Friday's drawing was sold at a Speedway station along Interstate 70 in Cambridge City, a community of about 2,000 residents 50 miles east of Indianapolis

A person who answered the phone at that store directed calls to Marathon Petroleum's corporate headquarters. A spokesman, Brandon Daniels, said the company had no comment.

Mark McCarty, the president of the town council, said he hopes the winner is from Cambridge City or another nearby community in the area locals call "Antique Alley" because of its many antique shops. He said if the winner is a local it likely won't take long for word to spread about who it is.

"I'll be tickled if it's someone from Cambridge City, or our region, who won it," he said, adding, "I'm not the winner, but I wish I was."

Beth Leisure, who heads the local chamber of commerce, said she's "happy for whoever it is," even if the winner isn't from Cambridge City.

Rosebrough said the winner had not stepped forward as of Saturday afternoon and it could be days before the ticket holder claims the jackpot. Under Indiana law, lottery winners' names are public record once they claim the prize, he said. Rosebrough noted that since the gas station is on a busy highway, there's a decent chance that the person who bought the ticket was just passing through.

"We know the ticket was sold in Indiana, but being on I-70, who knows who bought it?" he said.

Robert Williams, who works at the town's National Road Antique Mall, said customers were excited Saturday about the news that the ticket was sold locally.

"Everybody's wondering who it is," he said. "But everybody's also been saying, 'It's probably somebody not even from around here.'"

The consortium of lottery organizations that runs Mega Millions said an estimated $1 billion in tickets had been sold since the last jackpot-winning ticket was drawn in early March. This is the longest Mega Millions run without a winner.

Tickets are sold in 43 states, the District of Columbia and the U.S. Virgin Islands.