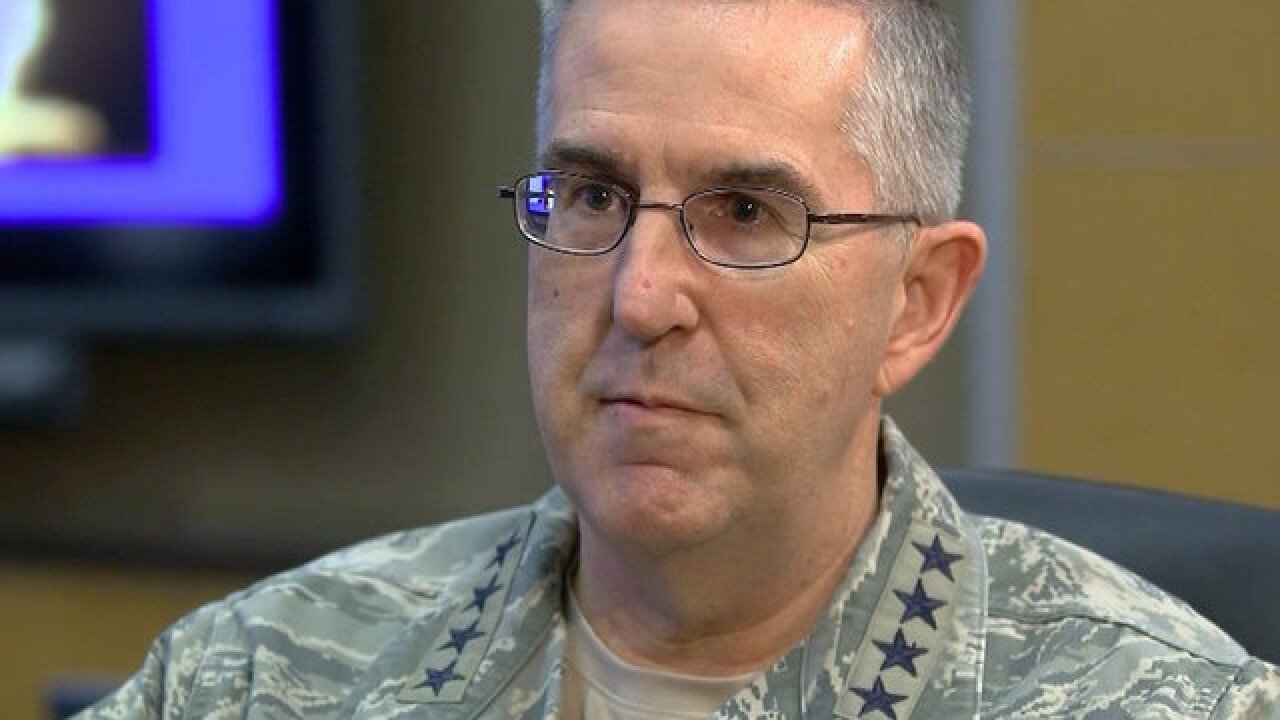 © 2018 Cable News Network, Inc.
CNN
<p>In a series of unusually candid remarks, General John Hyten issued a stark warning that Russia and China are "aggressively" developing new high-speed, or hypersonic, weapons that the US currently has no defense against.</p>

In a series of unusually candid remarks, the US general in charge of the nation's nuclear arsenal has issued a stark warning that Russia and China are "aggressively" developing new high-speed, or hypersonic, weapons that the US currently has no defense against.

The weapons might not be operational for several years, but Gen. John Hyten, the four-star head of US Strategic Command, is warning that changes to missile defenses are urgently needed or the US will be unable to detect them when they are operational.

Hyten and other military officials say the current generation of missile detecting satellites and radars won't be enough to detect these new generation weapons. Hypersonic is generally defined as a speed of Mach 5 or over 3,806 miles per hour.

"We've watched them test those capabilities," Hyten told Congress last week. But with unusual public candor about potential US military shortfalls, he acknowledged "we don't have any defense that could deny the employment of such a weapon against us, so our response would be our deterrent force, which would be the triad and the nuclear capabilities that we have to respond to such a threat."

Hypersonic missiles fly into space after launch, but then come down and fly at high speeds on a flight path similar to an airplane. Their lower trajectory make them more difficult for US missile defense satellites and radars to detect. Russia has openly stated it is developing high-speed air-launched missiles as well as underwater hypersonic drones.

The Pentagon is currently writing a review of its missile defenses to help determine what new capabilities might be needed to deal with new classes of attack weapons. Hyten gave Congress a hint of what may be in that review stating "the first thing we need is better sensor capability, better tracking capabilities to make sure we can characterize and then respond to that threat."

He also called for improved US warheads, essentially "better kill vehicles on the top of our interceptors so that those kill vehicles become more and more lethal." The Pentagon is also working on concepts for interceptor missiles that repel a barrage of enemy attack missiles. Current US missile defenses are designed to only shoot down a small number of enemy missiles.

The US focus has largely been to work on hypersonic technologies across the board. But Russia is now well into testing some of its systems. Earlier this month Russia showed video of what the Kremlin said was an air-launched hypersonic ballistic missile.

When asked how far along the Russian hypersonic program is, Hyten told CNN, "I don't want to put a who's winning the race, I'll just say there is a race."