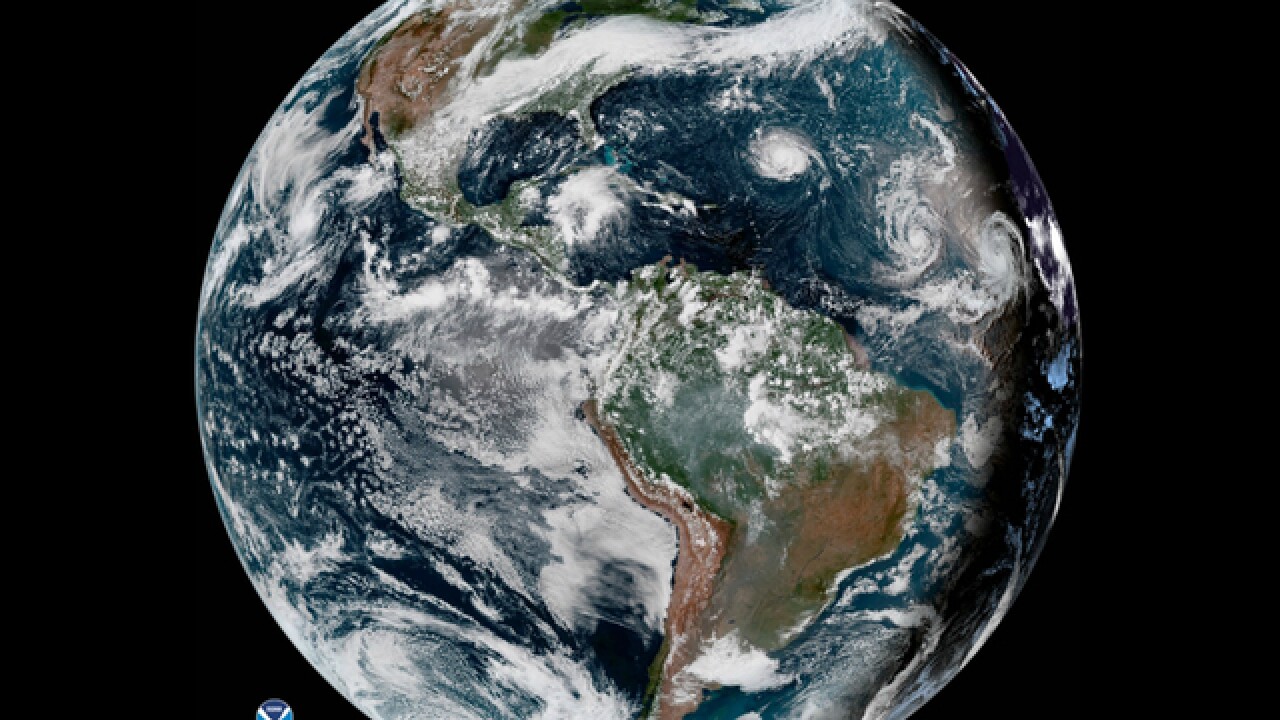 All eyes are on Hurricane Florence and its path toward the Carolinas, but several other hurricanes are brewing as well.

And the timing couldn't be more apt: Monday is the peak of the Atlantic hurricane season, when storm activity is historically at its highest.

This storm is lined up behind Florence in the Atlantic.

"Isaac is a small hurricane and uncertainty in the forecast is greater than normal," the National Hurricane Center reported Monday at 11 a.m. "Although Isaac is forecast to begin weakening when it approaches the Lesser Antilles, it is still expected to be at or near hurricane intensity when it reaches the islands."

No coastal watches or warnings were in effect as of Monday morning.

Still closer to Africa than North America, Helen is predicted to head north in the Atlantic and not make landfall, the center says.

Over in the Pacific, this storm is still moving toward Hawaii, where tropical storm warnings and watches have been issued, the hurricane center said.

A tropical storm warning means that tropical storm conditions are expected somewhere in the warning area within 36 hours, and a watch within 48 hours.

Maximum sustained winds were almost 85 mph Monday morning, the hurricane center said. Olivia should weaken through Tuesday but remain a strong tropical storm when it reaches the Hawaiian Islands. Large swells could be generated and cause damage in some parts of the state, which survived brushes with hurricanes Hector and Lane in recent weeks.

Gov. David Ige signed an emergency proclamation Monday that will provide relief for disaster damages, losses and suffering and "to protect the health, safety and welfare of the people" as Olivia approaches.